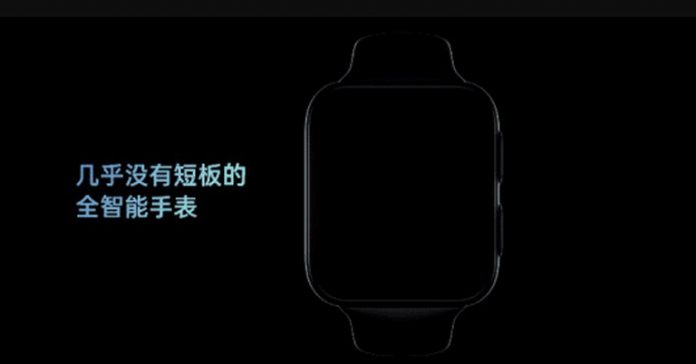 Oppo recently announced the Reno 6 series in China. However, just before the smartphone launch event, Oppo held an exclusive media conference. The company has confirmed that they will be releasing a new smartwatch shortly. And apparently, the upcoming Oppo Watch Free will have “almost no shortcomings.”

Oppo has announced that its new smartwatch will employ a chip co-developed with Ambiq. More specifically, the processor on the smartwatch will be Apollo4s. From the design outline, it appears that this device will be a premium smartwatch. Thus, with the new chipset and premium design, we do not expect it to be cheap.

Furthermore, a slew of Oppo products was listed on China’s 3C certification back in April. According to it, these devices support 4G networks and have a charging rate of 5V 1A or 5V 1.5A. The charging speed of these products is comparable to that of the Oppo smartwatches currently on the market. 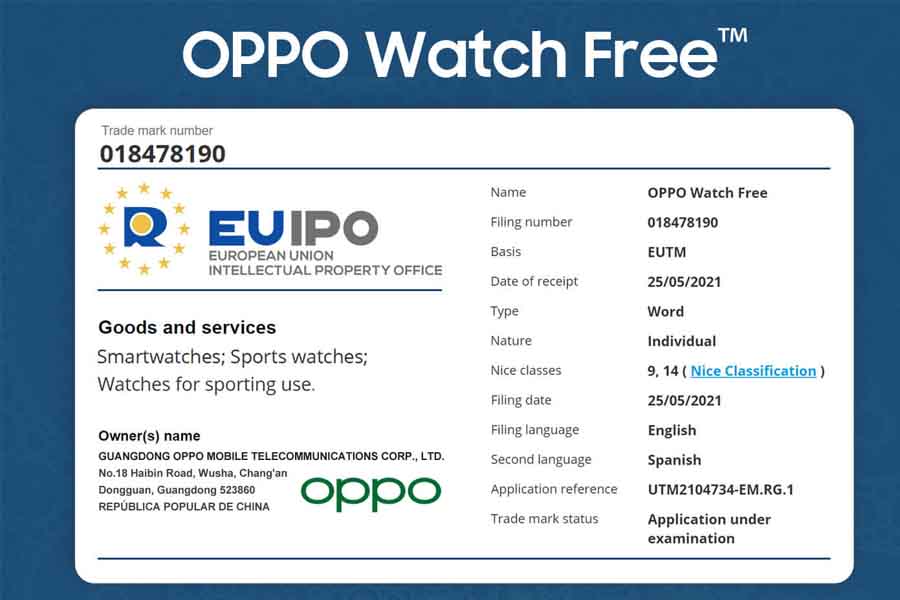 The company is yet to reveal the official name of the smartwatch. However, Oppo recently filed a trademark with the name “Oppo Watch Free” in the European Intellectual Property Office (EUIPO).

As per the listing discovered by LetsGoDigital, the device is listed for sports use; which means it could end up being Oppo’s first-ever sports smartwatch. This is a rough guess for the name, but since the company has officially confirmed plans for a smartwatch, this might end up being true. Also, the Watch Free might launch with the new Wear smartwatch platform.

To date, Oppo hasn’t disclosed any information about Watch Free regarding its specifications or launch date. So we’ll have to wait to hear more about this mysterious smartwatch with “almost no shortcomings.”