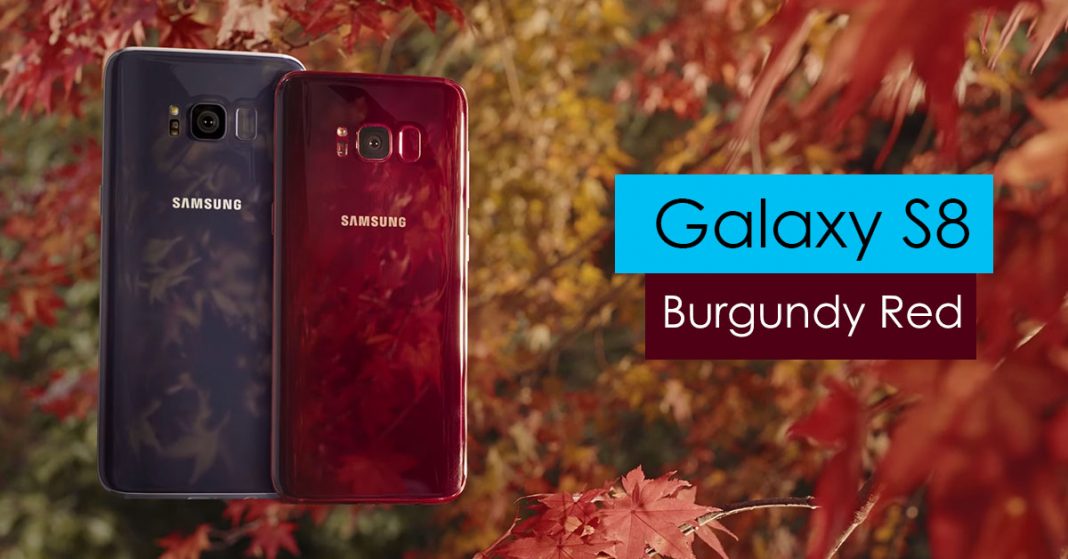 For those who don’t know Burgundy red, it’s apparently a type of Red (the color). And it looks seriously good, imagine a slightly stealthy HTC U11 Solar Red. Although it isn’t available just yet, might never even make it’s way to Nepal.

The internals remains exactly the same, with the only difference being the color. The new smartphone will make it’s way to South Korea on November 28, with other regions uncertain to get it.

The Galaxy S8 is already an old device at this point, but the internals is still top notch. So, the phone, if it’s going to be available in other regions, it will be, sooner rather than later.

Samsung has done this in the past, remember the Coral Blue Galaxy S7 Edge. I can also think of a certain iPhone that came out in RED later on. And finally, there is also talks of a new iPhone color, particularly the iPhone 8 in possibly “Blush” Gold.

So, if colors are your thing, and you really like the new color of the S8, it will be worth the wait. Especially when you think of the Samsung Galaxy S8, which still packs the latest hardware offerings there is in the Android ecosystem.