Samsung has launched the 2022 edition of the Galaxy Tab S6 Lite in Europe. The tablet quietly surfaced on Amazon Italy without any official announcement. It brings a couple of changes compared to the original Tab S6 Lite launched two years ago. Today, we will be discussing the specs, expected price, and availability of the Samsung Galaxy Tab S6 Lite (2022 Edition) in Nepal.

Snapdragon in, Exynos out

The original Galaxy Tab S6 Lite shipped with Samsung’s in-house Exynos 9611 chipset. For the 2022 edition, the company has swapped it with the Snapdragon 720G. The latter is not a new chip either, but it does boast better CPU and GPU performance than its Exynos counterpart.

Snapdragon 720G is an octa-core CPU with Cortex A76 and Cortex A55 onboard compared to Cortex A73 and A53 on the Exynos 9611. Likewise, graphics rendering is handled by Qualcomm’s Adreno 618 instead of Mali G72. The chipset is also built on top of a newer 8nm. Android 12 out of the box

Another substantial difference lies in the software. The original Samsung Galaxy Tab S6 Lite booted on Android 10 and was recently upgraded to Android 12. The 2022 edition, on the other hand, ships with Android 12 out of the box.

While Samsung has not officially specified anything, it won’t be wrong to assume Galaxy Tab S6 Lite will be eligible for two major software update as well. But it is still a doubt given the old hardware that it packs.

Samsung Galaxy Tab S6 Lite 2022 is available in a 4/64GB memory configuration. Currently, there are no other configurations up for grabs. Likewise, there is no mention of an LTE version. However, we expect Samsung to unveil these options if and when it announces the tablet officially. 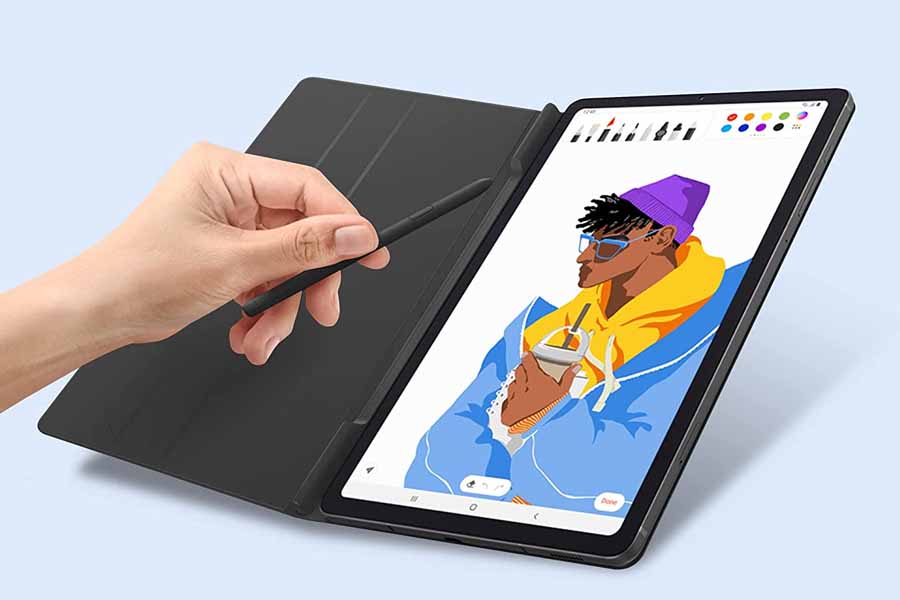 Moving on, there rest of the setup is unchanged. You get the same 10.4-inch LCD panel that you got with the 2020’s Galaxy Tab S6 Lite. Likewise, the tablet is powered by a 7,040mAh battery with 15W charging.

Samsung is including a charger in the box, but it is not clear if its a 15W adapter. But we expect it to be the case. Furthermore, you also get an S Pen in the box.