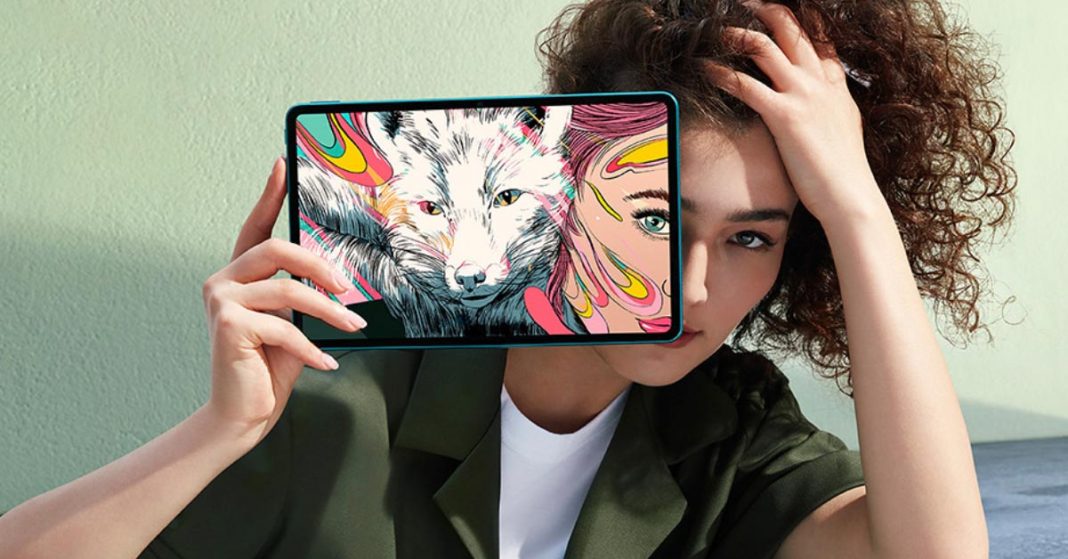 With the advancement of smartphone technology, the tablet industry has taken a hit; especially Android tablets. They aren’t as popular as they used to be but still, we can see some of them appear on the market from time to time. Many of them go unnoticed but not the new Tablet V6 by Honor. The Honor Tablet V6 is making headlines as it is the first tablet to support both Wi-Fi 6 and 5G. Let’s see what else the new Honor Tablet V6 brings to the table.

Honor Tablet V6 comes with a 10.4-inch display with a 2K resolution of 2000 x 1200 px. The bezels around the screen are quite visible and the screen to body ratio on V6 is at 84%. It ships with a stylus that has 4096 different pressure sensitivity levels. Touch the display with the stylus and the tablet will automatically enter into the memo mode. The display supports split-screen and screen sharing as well. On the back, it features a rectangular camera module to house the single-camera setup. The tablet is available in three different color options –  Wizard of OZ, Titanium Sky Silver, and Magic Night Black. The rear panel has an Honor logo on the center, which has a shiny finish to make it look like the light is constantly falling on it. The tablet comes with an integrated 5G modem and support for Wi-Fi 6. It is the first tablet to support both connectivity options. Honor Tablet V6 boasts a bandwidth of up to 1600 MHz and the maximum connection rate of up to 2.4 Gbps.

Honor Tablet V6 comes with a total of two cameras – one on the front and one on the back. The 8MP camera on the front has an aperture of f/2.0. The front camera is capable of tracking people. Other than taking selfies, it could be handy for video calling, which has been on a rise since the lockdown. On the back, there is a 13MP camera with an aperture of f/1.8. It is enclosed inside a rectangular camera module, along with an LED flash. The Honor Tablet V6 comes with a massive battery of 7,250 mAh capacity. For faster charging, it supports up to 22.5W charging via a USB Type-C port. It runs on Android 10 with Magic UI on top. In terms of audio, the device features a quad-speaker setup with support for Histen 6.1 3D sound. The tablet will be without Google Play services and users will have to rely on Huawei Mobile Services instead. You can even connect a keyboard using Bluetooth.

Honor Tablet V6 5G is now available for pre-orders in China. However, information about the price will be available later this month.

Check out our list of phones that aren’t worth your time and money!