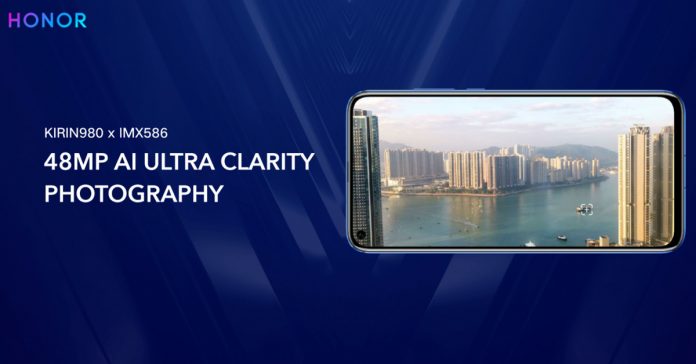 The Honor mobile brand is also quite a popular smartphone among the audience. Its phones like the Honor Play and Honor 8X were well received and still anticipated in many markets. But this, this is a bit more exciting. As the Honor View 20 is a flagship grade device. A successor to the Honor View 10, this phone will go official on December 26.

Until then, we’ll have to live with speculations, teases, rumors and whatever we can get our hands on. The Honor View 20 was also teased a while ago and now we have some more for you. Apparently, its benchmark scores leaked along with some specs.

The Honor View 20, also known as Honor V20, is very similar to the upcoming Nova 4 in terms of looks. This phone, too, has a small hole in the top left corner of the screen for the selfie camera. While other specs related to aesthetics are in the dark, the internals look pretty great.

According to AnTuTu benchmark scores that surfaced on Weibo, the phone acquired a score of 291,244 points. The score combines the total of CPU, GPU and memory tests. And leaked reports suggest this phone features the latest Kirin 980 processor inside with 8 GB RAM. But, for a phone with such internals, the benchmarks scores seem pretty low, as it doesn’t rank anywhere in the top 10 of AnTuTu’s benchmark scores. And it might not have been a big deal if the top 4 of the list were not occupied by phones with Kirin 980 chipsets.

But, of course, since the phone is still in the works, we can’t be sure if the score belongs to a prototype or the real deal. Besides these, leaks suggest the phone has a triple camera setup at the back. And the primary camera is a whopping Sony IMX586 48 MP sensor! In addition, it will have 128 GB of UFS 2.1 storage and will support Link Turbo for better connectivity.

Speculations price the phone at CNY 3000 right now, which equals about $435. The phone will go live on December 26 in China, whereas the global launch will happen sometime in January, 2019. As for the availability here, in Nepal, Honor is coming soon with 4 phones. But it is unlikely that this phone will show up. We’ll keep you posted on more updates regarding this.