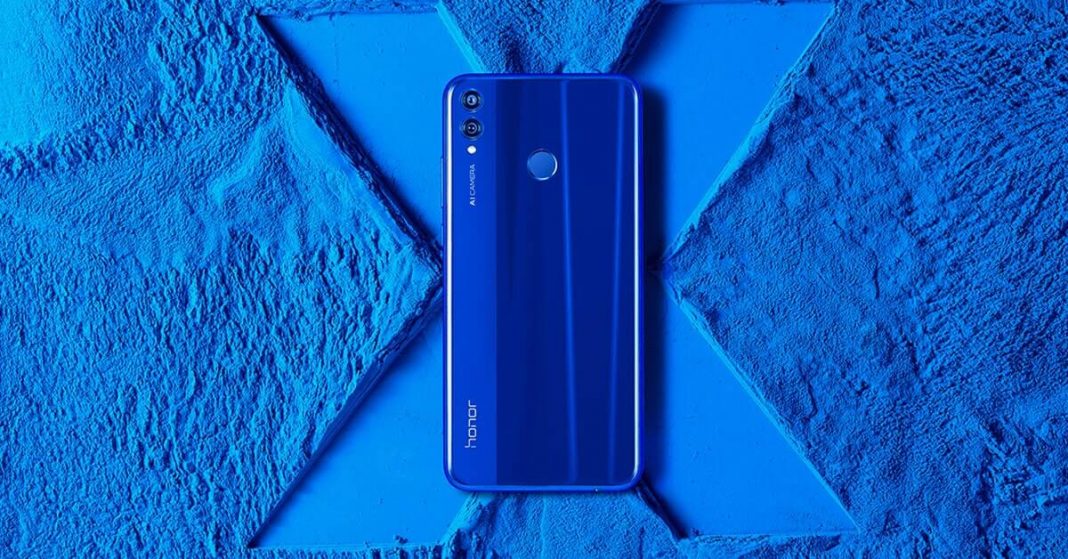 Compared to other smartphone brands, Honor is still is a new name in the Nepalese market and their range of offerings is not that big. One of the Honor devices that has actually landed in Nepal is the Honor 8X. However, since its successor has already landed in Nepal, will it be a good choice to go with Honor 8X given its price tag?

Internationally, the Honor 8X was launched alongside its bigger sibling the Honor 8X Max. These two devices come with pretty huge displays, equally big batteries, a nice set of specs.

The Honor 8X comes with a 6.5-inch display with a resolution of 1080×2340 pixels> The aspect ration here is the trendy 19.5:9 aspect ratio display. The display has a notch at its top which houses the 16MP front camera. As the other devices in this price range mostly come with a water-drop or dewdrop styled notch, the notch on this one does look out of place.

On the back, we get the usual gradient colors with shiny finish as with other Honor devices. There is a capacitive fingerprint sensor o the back. The two-camera are arranged vertically with an LED flash just below them

It gets the Kirin 710 processor that we saw on the Nova 3i. It is a processor based on the 12nm process and it is paired with the Mali-G51 MP4 GPU. The smartphone will be available in either 64GB/128GB version with 6GB of RAM or a cheaper 64GB storage with 4GB of RAM. However, only the 6/64GB and 4/64GB memory configurations are available in Nepal. You can expand the internal storage via the dedicated microSD card slot included in the smartphone.

The device comes with a battery of 3,750 capacity. Honor has disappointed by not including support for any fast charging technology. For connectivity, the device supports WiFi 802.11 ac and Bluetooth 4.2. There is a capacitive fingerprint sensor mounted on the rear panel for biometrics. The Honor 8X Max comes in two versions, one with the Snapdragon 636 SoC and 4GB of RAM, and the other with a Snapdragon 660 with 6GB of RAM. The cameras receive a downgrade on this model, with a 16MP + 2MP sensor at the back and an 8MP selfie camera at the front. 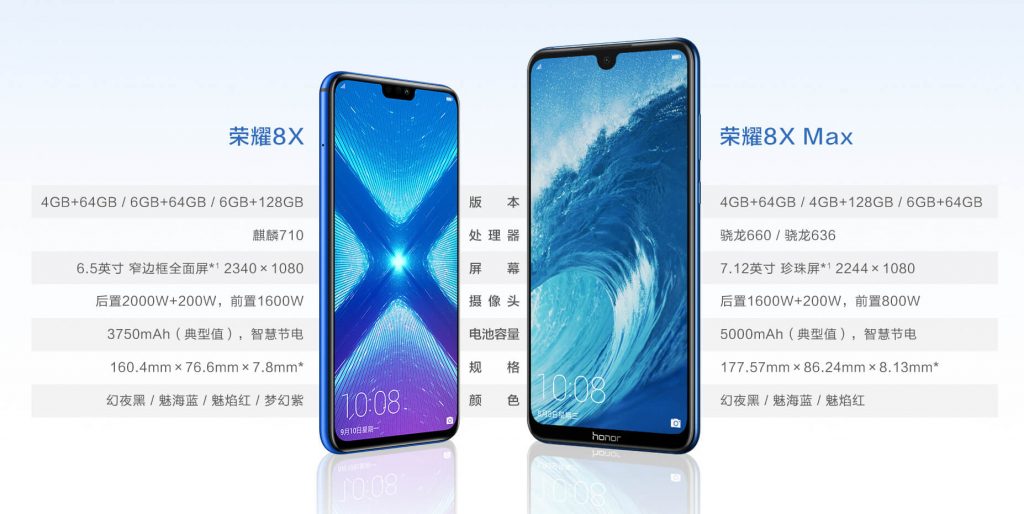 Buying the Honor 8X makes no sense in the market today. The Redmi Note 8 provides more value for money than the 4/64GB variant. Even if you are in love with Honor’s design, Honor 9X (6/128) looks more promising with updated specs than the Honor 8X (4/128GB).

Watch the Full review of Huawei Nova 3i here: