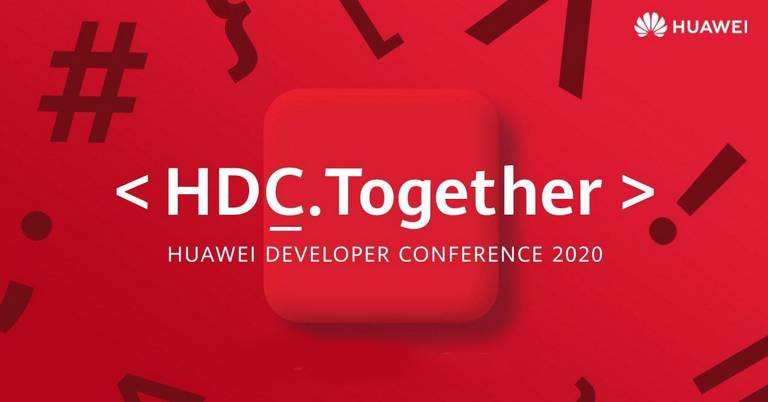 The past couple of years has probably been the biggest challenge Huawei’s faced during its entire journey. Being enlisted in the US’ “Entity List” meant it had to completely cut off its ties with practically every US-owned company. As a result, Huawei was forced to replace Google’s suite of applications (GMS) with its own HMS – Huawei Mobile Services; although the company can still legally use the open-source version of Android. These troubles may be a little worrying now as made evident by the announcements during the Huawei Developer Conference 2020.

Well, Huawei had been working hard to develop its own ecosystem – one that is independent of the US, and more importantly Google. The company showcased all the new tech & progress it’s made during the Huawei Developer Conference (HDC) 2020. This 3-day event will span between September 10 & 12. Let’s take a look at what the company announced on the first day.

Huawei is going against the entire Android community with the HarmonyOS 2.0. Also known as “HongMeng OS”, this is Huawei’s own operating system that debuted on Honor Smart TVs. And now, it’s time to go big! HarmonyOS 2.0 will now be available across a much wider range of home automation, lifestyle, and other devices; most importantly, smartphones. Besides multi-device compatibility, the company is promising a whole lot of major upgrades that Android and iOS should be on the lookout for.

HarmonyOS 2.0 has been built on 5 core principles: cross-device, versatile, responsive, immersive & interactive, and private & secure. Huawei especially focused on the “cross-device ecosystem” through its OS during the presentation. Here, the newest version of HarmonyOS boasts 10ms of E2E (End-to-End) latency, 2.4 Gbps throughput, and a 30% anti packet loss rate via a distributed virtual bus pools between devices in the network. Under the multi-device mess connection, it also facilitates self-discovery & self-networking between devices.

Data management on HarmonyOS 2.0 sees a dramatic leap as well. Compared to Microsoft’s Samba, it manages to achieve 4x remote read/write performance. Plus 1.3x database OPS performance than ContentProvider used in Android; and 1.2x better search performance than iOS Core Spotlight. Huawei is also going big on security with this iteration of its operating system. Wang Chenglu (President: Software Engineering, Consumer Business Group, Huawei) pointed out that HarmonyOS 2.0 managed to secure CC EAL 5+ certification which is the “highest level of security certification in the industry”.

This kernel-level security enhancement on the OS can effectively define and delegate different categories of security authentication; to different types of requests depending upon their nature. I’m obviously skimming way too much compared to what Huawei presented during its almost 4-hour long conference today; so thank you for understanding. Using AI detection, smart devices like routers, fans, TVs, etc. running HarmonyOS 2.0 will also be significantly less vulnerable to external attacks. Huawei claims it is the first company to roll out this feature in the industry.

Layers of security for your data & device

Finally, your data and devices are also categorized under different security levels depending upon their sensitivity. For instance, information like device model, software version, and wallpaper fall under S0 (lowest) while your passwords, health data are categorized at S4 (highest) level of data protection. On the other hand, devices like smart fans, irons, etc. belong in SL0 while smartphones, tablets, and laptops get the SL3 layer of protection. Additionally, only devices with the same security level can access each other’s data.

Huawei has also worked with appliance manufacturers like Midea, Joyoung, and Robam. These OEMs are also putting their own little spin on HarmonyOS 2.0 for their devices. Huawei demoed how seamlessly Huawei/Honor smartphones running this operating system can monitor and control their home appliances like a microwave oven.

Those features are great and all. But what Huawei desperately needs right now is a large influx of developers; from all over the world into its ecosystem. That’s definitely not an easy task. Besides monetary incentives under the “Shining Star Program” announced last year, there also should be a well-documented and easy-to-adopt resource for developers to get into the Huawei ecosystem. Here, the company is releasing 13000+ APIs for smart TVs, wearables, head units, and smartphones under various categories like basic software services, hardware services, enhanced software services, etc.

Similarly, tools like the HarmonyOS application framework, DevEco IDE, and OpenArk compiler (with multi-language compilation) are also up for grabs to the developers. Let’s once again come back to the “cross-device” principle that I talked about earlier. One of the biggest perks of developing HarmonyOS apps is that you only need to write, compile, and distribute the app once which could then be easily deployed across different devices without further needing any extensive rework. At a time when wearables and similar devices are gaining so much traction, this will definitely be one of the key talking points for Huawei’s vision.

Huawei also discussed its “OpenHarmony” project which is open-source just like AOSP. What this means is that other OEMs can use this for free into their products. According to the revealed roadmap for the project, it will initially support devices with 128 KB – 128 MB RAM starting today, with support added for devices with 128 MB – 4 GB RAM by April 2021, and with 4+ GB RAM by October 2021.

Now, the tech community has been eager to see Huawei implement HarmonyOS in its smartphones ever since the announcement of the project. And it looks like 2021 is finally going to make that dream come true. Richard Yu (Executive Director, CEO of Consumer Business Group, Huawei) revealed that the company will be making the beta version of HarmonyOS 2.0 SDK available to developers today. But this will only support wearables and other devices like smartwatches, TVs, etc. Likewise, the beta version of HarmonyOS 2.0 will be heading to smartphones in December 2020.

While Mr. Yu hinted at HarmonyOS smartphones starting next year, @R_A_F_A_L (Global PR for Huawei Mobile) tweeted out confirming the tease that the company will be launching phones with HarmonyOS starting 2021. Exciting! However, those phones may not be flagship-level seeing the current scenario.

You see, with the ban imposed by the US, Huawei won’t be able to order chipsets from TSMC. And its final remaining batch of flagship Kirin SoCs will be used up by the upcoming Mate 40 series; leaving the Chinese giant scarce for chips. So, unless some big change happens (and pretty soon at that), things are already starting to look a little bleak.

During the Huawei Developer Conference 2020, the company also showcased its latest iteration of Huawei’s custom skin to Android. Although EMUI 11 invokes the general idea that it’s based on the latest Android 11, it is not so. In fact, it is just another spin on top of Android 10. Despite this, EMUI 11 brings a bunch of new exciting visual changes, feature updates, and more.

While EMUI 10 introduced Always-on Display (AoD) on Huawei/Honor smartphones, it is now customizable starting EMUI 11. You can choose between different themes, clockfaces, and more. It even allows users to set custom images, live video, GIF under Dynamic AoD. Huawei has also “optimized” system-wide animations (at least in its native applications) on EMUI 11. Instead of strict and sudden shifts, the transitions will now be much more subtle; something your eyes can follow more easily. Huawei is calling it “animation in one-take”. 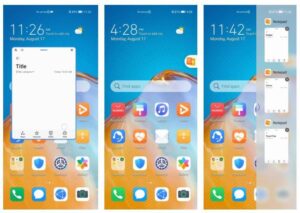 “Smart multi-window” on EMUI 11 you to quickly switch between apps, minimize them, or resize the floating apps with the help of a little floating orb called “quick ball”. In large screen devices like the foldables and tablets from Huawei, it will also allow users to simultaneously open two floating window apps at once. Huawei is also doubling down on privacy and security under EMUI 11. Now, anytime an app uses the device’s camera, microphone, or location permission, you’ll be notified of it via the respective icon at the status bar.

Besides this, there are a few other new features on EMUI 11 as well. The “Multi-screen Collaboration 3.0” lets users control up to 3 phone apps on a connected PC. It also allows you to share documents, watch videos, and play games from your phone on Huawei/Honor laptops.

As of now, Huawei hasn’t disclosed the release window for EMUI 11. We expect the stable release of EMUI for Huawei P40, Mate 30, Honor V30 series, and few other flagship smartphones to begin starting October 2020.