Home Huawei Huawei Mate 30 Pro launched in Nepal: The King Without A Crown! 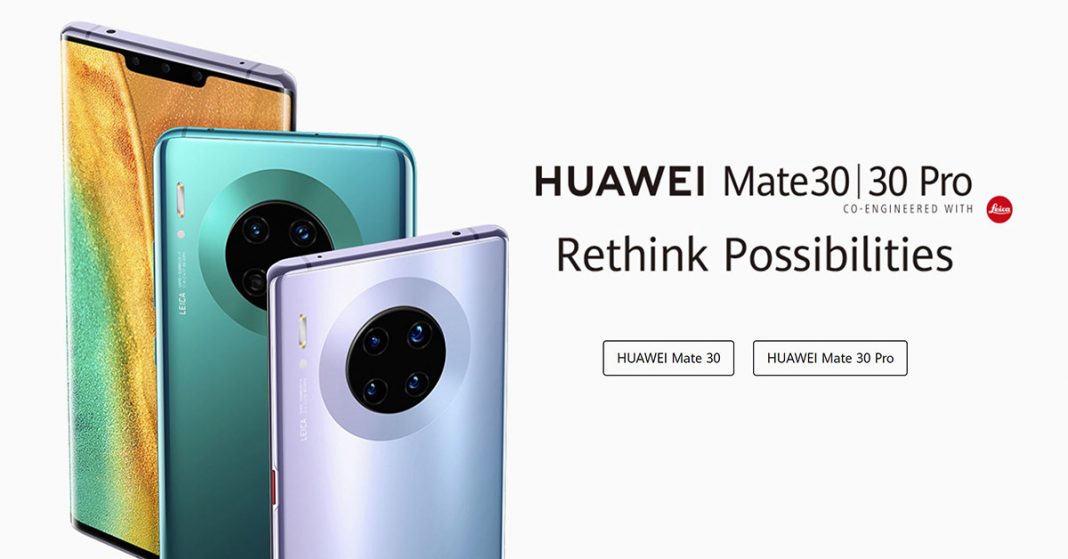 Huawei has officially launched the Mate 30 Pro in the Nepali market. It is one of the latest Huawei smartphones that you can buy in Nepal right now. For the hardware it packs, Huawei Mate 30 Pro doesn’t come loaded with GMS (google services) which may be a major turn-off for many, especially in a price-conscious market like Nepal.

When Huawei Mate 30 Pro was announced back in September, rather than its camera capabilities and awesome hardware, people were more invested in the US-Huawei battle. And well, this Chinese tech giant took a bold move and launched the Huawei Mate 30 series with no Google mobile services (GMS) in them, though the company did choose to keep Android for now. Since then, Huawei has managed to sell over 7 million units of Mate 30 Pro in China and some Asia Pacific markets, which is a staggering figure amidst the drama. Now, Huawei has launched the Mate 30 Pro in the Nepali market during a Press Meet held in Kathmandu. The company also shared plans for its expansion of Huawei Mobile Services (HMS) – Huawei’s alternative to GMS.

By this time, it’s safe to assume that many of us are already familiar with almost all there is to know about the Mate 30 Pro. But let’s quickly go over them anyway.

It’s gorgeous, absolutely gorgeous. The Mate 30 Pro has arguably set the benchmark for what a flagship smartphone should be like. Featuring a stunning glass design and aluminum frame, the phone just oozes premium build quality. With its camera arranged inside a stunning “Halo Ring“, Mate 30 Pro boasts a pleasing visual aesthetics as well. Moreover, Huawei is kinda-sorta greenlighting the button-less design as this flagship smartphone is void of volume rockers and rather replaces them with virtual ones. You also get two virtual buttons on the edge of the screen making the Mate 30 Pro, a quad-finger control smartphone. Let’s talk about the display now which is equally gorgeous and complements the phone’s design. With a distinct 88º curvature, the Mate 30 Pro’s display just melts on the side for an immersive viewing experience. Huawei calls it, the “Huawei Horizon Display“. And unlike the traditional flagships from other manufacturers, Huawei isn’t opting towards a tinier notch or no-notch display. The Mate 30 Pro has a slim, yet wide notch up top which holds the front camera and other sensors. Despite this, it achieves a tremendous 94.1% screen-to-body ratio. Adding to the beauty of this scintillating 6.53-inches OLED display is the full DCI-P3 color gamut and HDR10 support.

Objectively speaking, the Huawei Mate 30 Pro’s magnum opus is its camera. Arranged inside a circular halo ring is the phone’s quad-camera setup which includes the 3D ToF sensor. Boasting the Leica optics, while the primary sensor is a 40MP unit with the RYYB algorithm, the phone also has another 40MP sensor for wide-angle shots. Additionally, the 8MP telephoto lens supports 3x Optical Zoom, 5x Hybrid Zoom, and up to a whopping 30x Digital Zoom. All of this is complemented by the new ISP 5.0 that enables Block-Matching and 3D Filtering (BM3D), professional-grade hardware noise reduction (NR), and temporal and spatial NR (dual-domain NR) on videos. The front camera, on the other hand, is a 32MP f/2.0 lens. Moreover, both front and rear camera supports HDR and panorama shots. 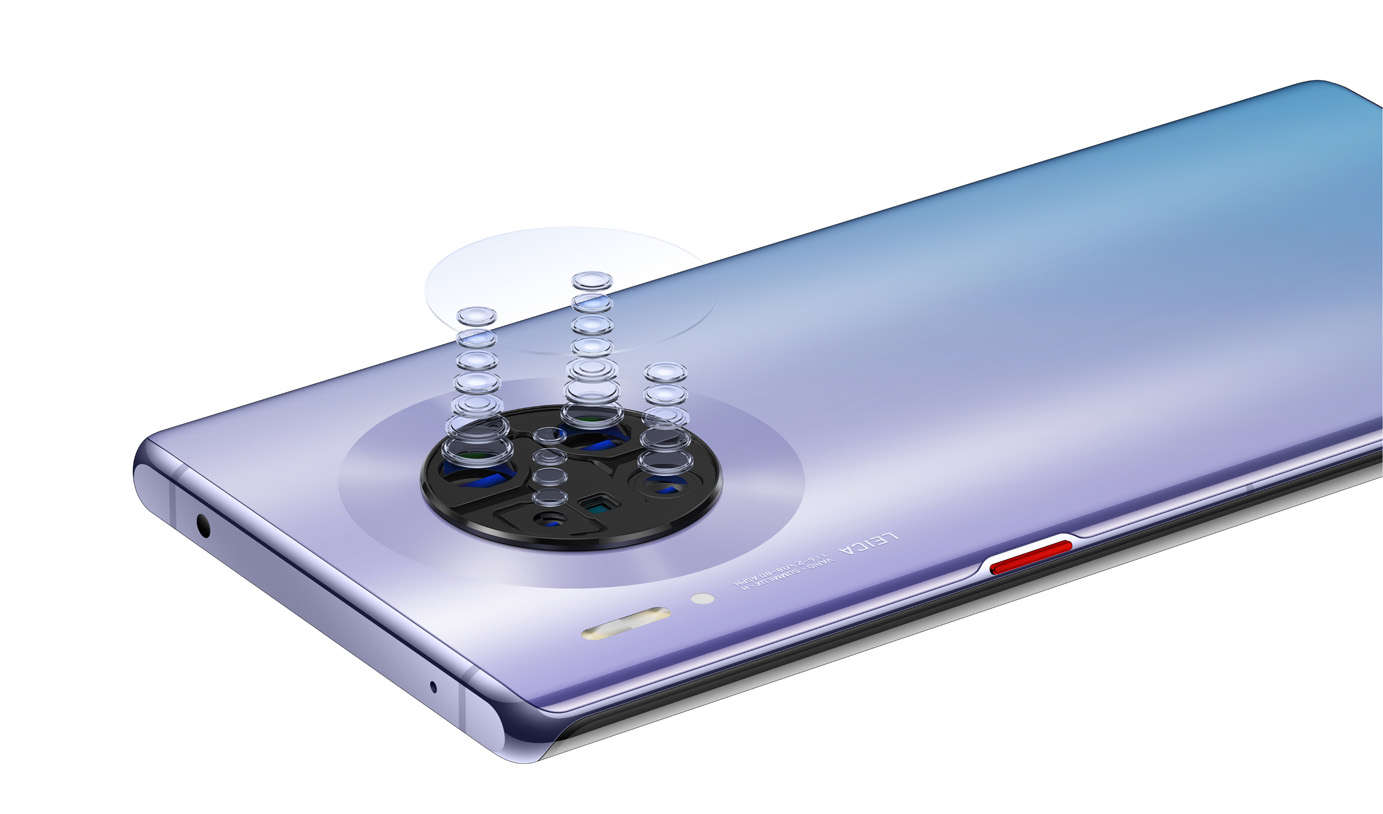 The videography on the Mate 30 Pro is breathtaking too. The 40MP Cine-Camera lets you take great videos even in a low-light environment, thanks to the large 1/1.54″ sensor. Additionally, you can shoot “Ultra Slow-Motion” videos in a ridiculous 7680fps! Mate 30 Pro also allows you to shoot ultra wide-angle timelapse videos. Here, the 3D ToF sensor analyzes the video’s subject to add dynamic bokeh effects in real-time as well.

Huawei Mate 30 Pro’s performance is no joke either. It sports the Kirin 990 chipset manufactured under the 7nm FinFET process. Scoring well over 400K on AnTuTu, the Mate 30 Pro has a slight edge over the flagship Snapdragon 855 and even the 855+ in terms of CPU performance. However, it still lags behind the 855+ when it comes to GPU. Nevertheless, the Mate 30 Pro is a damn fast phone that goes head-to-head against any other flagship smartphone in the market. Also, the phone implements an NPU (Neural Processing Unit) for faster handling of AI-related tasks. 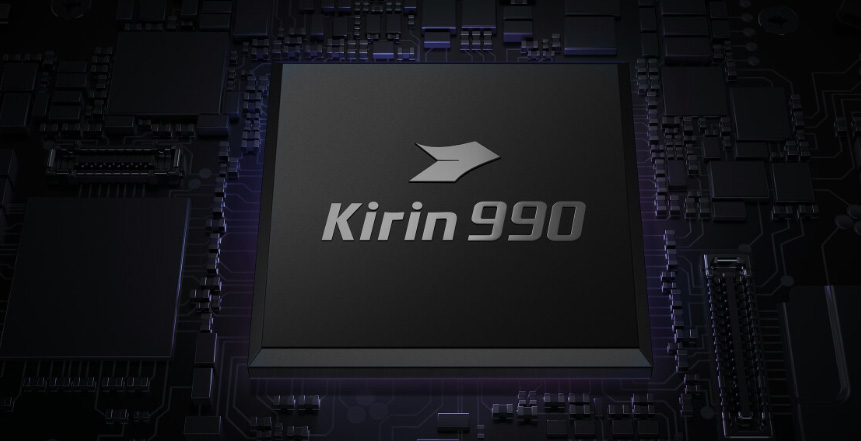 You also get a big 4500 mAh battery on the Mate 30 Pro. And good news, the phone supports 40W Huawei SuperCharge and a fast 27W Wireless Huawei SuperCharge. It also supports reverse wireless charging. So, yeah, the battery really shouldn’t be a problem for this beast.

On to the memory, the Mate 30 Pro comes in a single 8/256GB configuration. There’s also the option to expand the storage by an additional 256GB using Huawei’s NM (Nano Memory) card. So, yeah, the company is gearing up for a self-sufficient future.

… The Conflict! (Huawei Vs US)

Well, ever since Huawei faced the trade ban from the US, it has been in the headlines of many news outlets including ours. To those unfamiliar, here’s a short summary “Trump Administration placed Huawei under the Entity List, which effectively bans any US-owned company from doing business with the Chinese telecommunications manufacturer”.

This means, most essentially, there’s no Google Mobile Services (GMS) on the Mate 30 Pro despite running the latest Android 10. No PlayStore, no YouTube, nothing. After all these years of leeching into Google Mobile Suite and its services, is the general audience ready for a Google-less phone?

In its earliest days of launch, you could surpass the trade ban and install GMS on the Mate 30 Pro through the infamous LZPlay. However, from a month or so, the service no longer works after a server-side change made by Google (or Huawei, or both). Since LZPlay isn’t in any way a part of Huawei, the service was entirely unofficial and was susceptible to vulnerabilities. Furthermore, the Mate 30 Pro fails the Compatibility Test Suite (CTS) verification which forbids the phone to side-load APK files for Google’s services.

Now, don’t get your hopes down just yet. There’s another workaround! It’s called VMOS, which is an app-based Virtual Machine (VM). Like, you know, in the PCs. When installed, it’ll be as if your Mate 30 Pro is running two different OS at once. So far, this is the only viable and easy workaround. If you are getting confused as to what the hell it is, just think of it this way:

While an app like, say, the calculator opens into an interface with what you’d expect from a calculator, vmos opens into a “fully” functioning android system.

With this, you can use the Mate 30 Pro like any other regular Android smartphone and use Google’s services. However, it has its drawbacks as well. Firstly, VMOS is not endorsed by Huawei or Google so there goes your “official”-ness. But more importantly, the overall experience is slow and restricted, since running “an additional OS” on a phone takes a toll on the chipset despite being a world-class chipset. Similarly, the Mate 30 Pro also fails the “SafetyNet” verification which is the linchpin to performing any financial tasks on a phone. That means no Google Pay or other similar apps.

Despite all the “workarounds”, Huawei knows they’re not substantial enough for the company if the trade ban isn’t lifted. Reports of the company working on its own OS had been around for a while and Huawei finally unveiled the Harmony/Hongmeng OS, albeit only in its TV. While the Harmony OS may take a while to replace Android in Huawei smartphones, the company is investing heavily in streamlining its Huawei Mobile Services (HMS), which is the company’s version of GMS.

And I agree. Coming up with an entirely new OS is an uphill battle, though not an impossible one. Since Huawei is legally allowed to use the open-source version of Android (AOSP), it makes more sense that the company focuses on developing an alternative to GMS which it can’t use. This was also one of the keynotes of the press meet held by Huawei Nepal as well.

Essentially, HMS is a collection of applications and services to facilitate Huawei’s ecosystem. It includes apps and services like AppGallery, Browser, Themes, Music, Assistant, etc. each with the company’s name prefixed to each of them. And it’s taking off rapidly, especially and obviously in China, while other markets are a little hesitant.

Why launch the Huawei Mate 30 Pro in Nepal?

Now this question may be boggling the minds of many tech-enthusiasts in Nepal including myself. A herculean phone with the asking price of over 1 lakh which most importantly doesn’t include any Google apps launching in a market like Nepal doesn’t quite make sense. But I may have cracked the code.

There’s no arguing that the company is going through a tough time right now. But Huawei isn’t the one to give up and sit quietly. The company is working harder than ever to spread the message that the trade ban WILL NOT be the end of the company. We also heard the news a couple of months ago about how the company rewarded its thousands of employees for their hard work in these trying times. The mindset is clear:

huawei is confident that it can overcome the trade ban and eventually turn its business back to the way it was.

Ergo, the company doesn’t want its consumers to look down upon it. Launching its flagship device and most definitely the best smartphone of 2019 (discounting the absence of GMS) in Nepal is another testimonial to the company’s ideals. Huawei is establishing just how much it values its customers, no matter the country or the size of the market. Of course, it knows the Mate 30 Pro is gonna sell terribly in Nepal! I personally don’t think the launch of this phone has any sort of profit-making motive in mind. Rather, it symbolizes the sheer confidence of Huawei on its product and its gratitude towards the Nepalese customers. One of the best performing and the objectively best camera-phone in the entire damn world is officially available in Nepal, how cool is that?

The Huawei Mate 30 Pro was launched in Europe for €1099. Huawei has kept the pricing very competitive and launched the Mate 30 Pro in Nepal for a price of Rs. 129,900.

However, without the Google Mobile Services suite, buying a Mate 30 Pro makes very little sense. Despite boasting excellent hardware, design, and build, the phone is void of GMS which is crucial to run apps and services like PlayStore and YouTube. I kinda want to say the price is worth just for its cameras, but I’d only be fooling myself. At the end of the day, it’s a smartphone, with multiple compromises. Huawei’s continuous efforts and investment towards HMS will not succeed overnight. There’s a difficult road ahead.

Nevertheless, I’d like to applaud Huawei Nepal for bringing the forbidden fruit to our market.