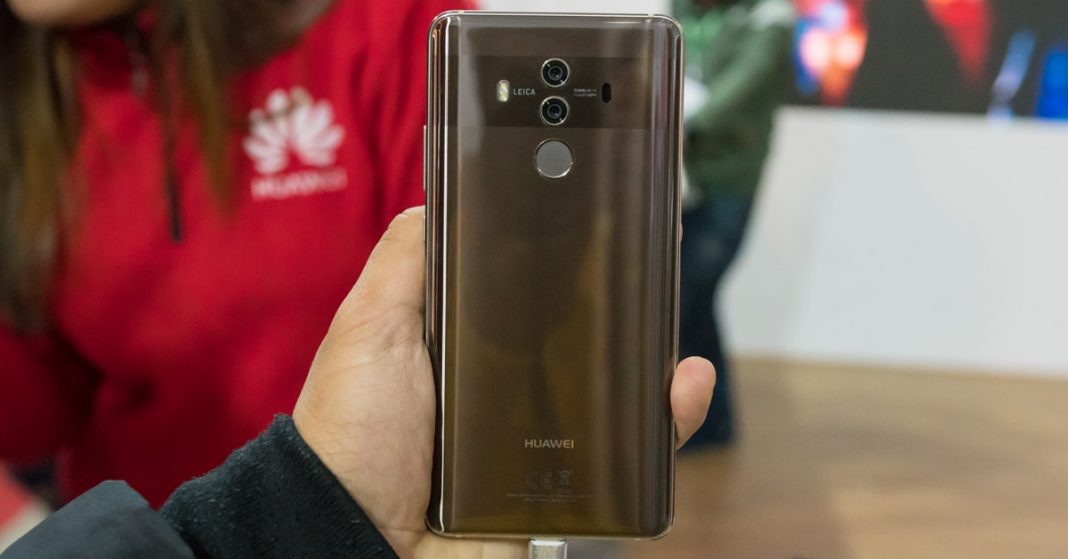 Huawei Technologies Nepal Co. Pvt. Ltd has officially unveiled the Mate 10 Pro at the ongoing CAN infotech 2018. The Mate 10 Pro is company’s flagship smartphone and hence comes with a sumptuous price tag of NRs. 1,03,900.

Mate series is traditionally known for its big phablet size with a top of the line specs and huge battery size. Well, the Mate 10 Pro has all that but now in a more compact and appealing form factor thanks to its new 18:9 aspect ratio display.

The phone comes with a 6.0 inch Full HD display with AMOLED panel. The display is HDR10 compliant meaning you can enjoy HDR content natively on its display. Ditching the habitual aluminum build, Mate 10 Pro has opted for glass body with Gorilla Glass 5 on both front and back. It is now IP67 water and dust resistant. The Mate 10 Pro is all about its new AI-based Kirin 970 processor with a dedicated Neural Processing Unit (NPU). Use of an AI on the SoC is going to be conventional as big players like Apple and Google have already incorporated them into their devices. Apple with its A11 Bionic and Pixel 2 with a dedicated image processing unit, we ought to see more AI integrations in the future as well. Machine learning and Deep learning could be done using software but with the use of dedicated hardware (NPU), Huawei has the fastest processing time making it much more efficient.

Now talking about the CPU it is an octa-core CPU clocked at 2.4GHz. Coupled with that, it comes with 6GB of DDR4 RAM. In terms of performance, it shouldn’t be less than any other flagships out there. It also offers 128GB storage on board with no option for expansion. The NPU also learns the user’s usage patterns and optimizes the performance accordingly.

The phone comes with dual camera setup with 12MP RGB sensor and 20MP Monochrome sensor. Both the sensors come with a wide f/1.6 aperture which should help a lot in the low light shooting. Huawei has always favored the monochrome sensor to pull in more details from the scene. The use of deep learning also prevails in shooting department with different scene detection. The NPU escort image processing based on the scene so the pictures are optimized for that very scene. It can shoot portrait shots as well. The phone has phase detection autofocus for faster focus shifts. It can shoot 4K videos at 30fps with OIS at play. Up front, the phone holds an 8MP camera with f/2.0. In terms of connectivity, the Huawei Mate 10 Pro offers dual-band ac WiFi, dual SIM support, IR blaster and USB Type C. The phone, however, lacks a lot of features like the Bluetooth 5.0, headphone jack and a dedicated SD card slot. The Kirin 970 carries the fastest LTE band as of now. The battery has been forte of Mate series and the Mate 10 Pro offers huge 4,000mAH battery. Huawei claims a battery life of 2 days even with heavy usage. As in cherry on top, the phone comes with Huawei’s Supercharge technology that charges your phone from 0 to 50 percent within 30 minutes.

The Huawei Mate 10 Pro is priced at Rs. 103,900 making it a direct competitor of the Samsung Galaxy Note 8. The phone has been heavily advertised with the focus on its AI-powered Kirin 970 processor but how will it stack against the Note 8? Well, we’ll be testing that in our video soon.