Home Huawei Huawei Mate 10 Series with AI based processor and FullView near bezel-less... 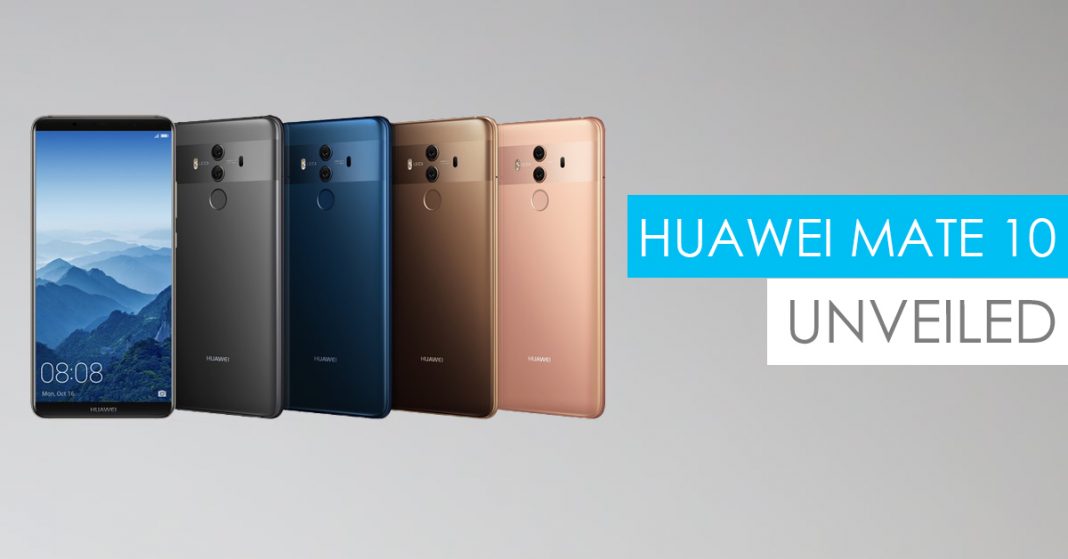 Huawei has unveiled its second flagship series of 2017 – the Huawei Mate 10 series. The Huawei Mate 10, Mate 10 Pro, and Mate 10 Porsche Design shared the stage at an event in Munich today. The premium flagships from Huawei come at a time when Samsung, Apple, and Google are all en route to claiming the title of the best smartphone in the market. And grabbing the opportunity, Huawei didn’t hold back to compare its new devices with the one from Apple and Samsung. Huawei has completely redesigned its flagship smartphone. While the previous iteration of the Mate series had a more traditional look, the Huawei Mate 10 and Mate 10 Pro come with what the Chinese company calls a “FullView” display, which basically is the near bezel-less design most Android flagship of 2017 feature.

The Huawei Mate 10 has a 5.9-inch 2560 x 1440 pixels display with 16:9 aspect ratio whereas its big brother, the Mate 10 Pro, sports a 6-inch 2160 x 1080 pixels display with a narrower 18:9 aspect ratio. Huawei has said that they opted for a full HD display in the Pro model for lesser power consumption. The normal variant, however, has an RGBW display which consumes less power.

On the back, both the devices are covered by a glossy glass back which comes in four different color options. There are two dual cameras at the top of both smartphones measuring 20-megapixel and 12-megapixel where the former acts as color sensor while the latter works as a monochrome lens. The dual cameras have world’s f/1.6 aperture which was previously seen on one of LG V30‘s camera, and are accompanied by dual LED flash. There is also a laser autofocus technology engraved alongside the cameras.

As for their performance, both the Mate 10 and Mate 10 pro are powered by Huawei’s newest Kirin 970 chipset with neural-network processing unit (NPU). Each of the devices has a 4,000 mAh battery on the inside.

The Huawei Mate 10 has 64 GB of internal memory whereas the Mate 10 Pro comes in both 64 GB and 128 GB variant. In terms of RAM, the former version has 4 GB of RAM and the with the latter version, buyers get to choose between 4 GB and 6 GB of RAM. Just like last year, Huawei also launched the Porsche Edition of its Mate 10 smartphone. Although most of its specifications are similar with the other two, it has a more premium build with an exclusive Diamond Black Glass on the back with Porsche accents. This device has 6 GB of RAM and 256 GB of storage. So, this device is solely meant for those who look for luxury in their handheld gadgets or more particularly smartphones.

Well, even before the launch of the Mate 10 series, Huawei had already boasted about the series’ AI capabilities. And now that it’s out, I have to say, the computing world is already shifting from a mobile-first experience to AI first experience. The NPU on the devices’ chipset is adjusting the camera lens according to the object that is focused. Just like the Google Pixel 2, the Mate 10’s front-facing camera can also take selfies with blurred backgrounds.

Another feature showcased about the Mate 10 series is how the device can be used as a desktop just by connecting a cable, rather than Samsung’s traditional dock system called Dex. This device can provide you more or less 3 hours of desktop experience all while using different applications. 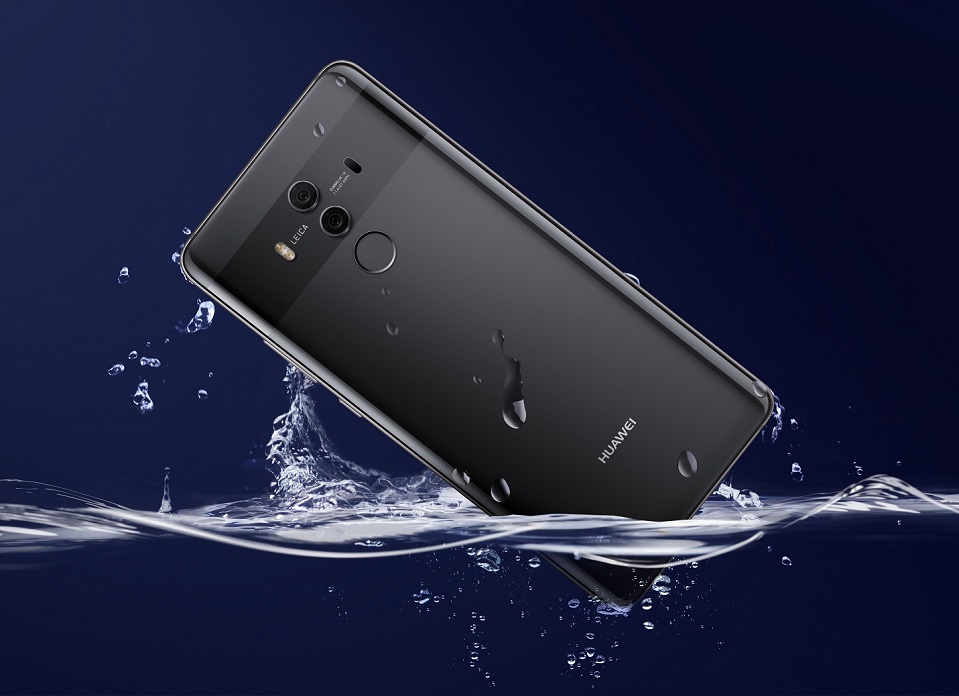 The Huawei Mate 10 Pro and Mate 10 Porsche Design now come with IP67 certification, i.e. the devices are now water and dust resistant for up to 1 meter and 30 minutes. It is really a bummer that the Mate 10 isn’t resistant against water and dust, but it does have an option to expand its storage up to 256 GB.

The new Huawei Mate 10 series are one of the first smartphones to run on the latest and greatest from Google – Android v8.0 Oreo. There is a new and improved EMUI 8.0 on top of the software.