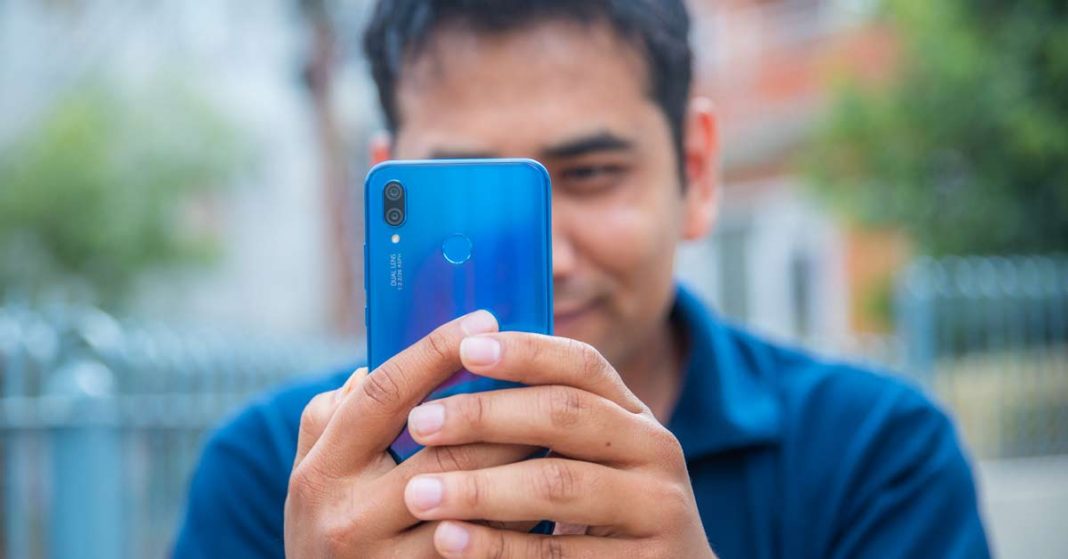 The Huawei Nova 3e, also named as the P20 Lite, is Huawei’s latest mid-range offering. In the specs sheet, it has everything you can ask for, a great camera, a shiny glass back design, fast charging support, and a trendy display. So, how do these specifications emulate in real life? I have used the Nova 3e for around a month now and here is my full review. Let’s talk about the cameras on this device first. Being the lite variant of the P20, I had a lot of expectations from this device. And the pictures did meet my expectations. There were ample saturations on images and the sharpening was kind of on point as well. However, it sometimes couldn’t determine the necessary exposure level due to which the pictures were a bit overexposed at times, like the one with my dog.

Talking about the pictures of the portrait mode, well, it’s a mixed bag. Sometimes, the device was capable of producing images such as this where it was intelligent enough to notice even the thread of the t-shirt in this picture while sometimes, it couldn’t determine where the depth was necessary like in this picture. Like with every midrange phone, portrait, as well as the normal shorts, were noisy and grainy. So, overall, the Nova 3e is a great camera that does wonders during the daytime, but at night, you might not like the outcomes.

In front lies a 16MP camera, which does a great job. Outdoors, the selfies are pleasing to the eyes with the right skin tone and sharpness. Oh, and there’s this feature which Huawei calls the AR lens which basically applies various filters on your face and in the background.

Check out all the high-resolution camera samples here. 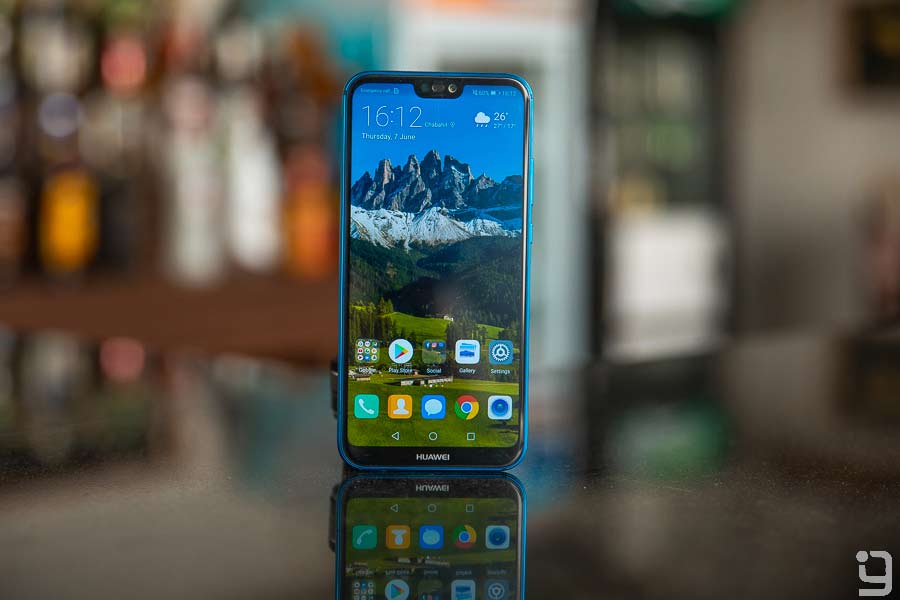 And the other major talking point of this device is the notched display. Huawei has included an option to black out the top of the display. This display is bright and sharp, and the contrast ratio is quite respectable. But I would have liked a little more saturation just to see the colors pop, but that’s just me. Unlike the iPhone X, the videos played on this display isn’t obstructed by the notch which is nice to see. And with the 5.8 display that has minimal bezels, the Nova 3e feels quite compact on hands which is a boon in the day of taller smartphones.

The major area where the Nova 3e has fallen short is on the performance front. The device is powered by an octa-core Kirin 659 chipset which we have already seen Huawei use in quite a lot of smartphones. Now, I am not saying that this chipset is bad. It tends to warm up sometimes around the fingerprint sensor, but there is nothing to worry about.

The 3e has handled light usage nicely, but once you try to do some heavy tasks or run heavy games like, say, PubG, you will feel the need of a better processor right away, even in the graphical side, the frame rates drop as the smartphone kind of has issues handling the graphical necessities.

The software you see on this device is the EMUI 8 on top of Android Oreo 8.0. Huawei’s skin is getting better every year and we see that example on this device. It has only a few bloatware, and you can remove some of the pre-installed applications as per your liking. The software also has a few features up its sleeve like lift to wake, motion control and face unlock to name a few.

Geekbench also gave the Oppo F7 a higher score than the Nova 3e.

Even on the graphical side, the cheaper Nokia 6.1 clearly comes out as the winner here. 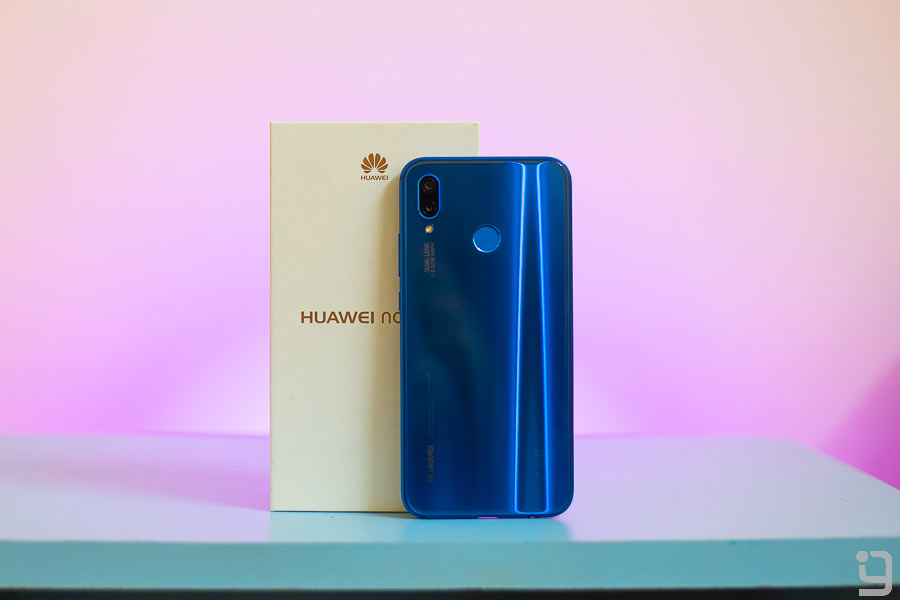 Now just because the performance is average, doesn’t necessarily mean that the Nova 3e is a bad device. This display is connected with the back panel by a metallic rail that’s in between the glass front and glass back. Now Huawei is probably the only manufacturer in this price range to offer a glass on the back of its smartphone, and when I held the phone, it felt quite premium for its price tag. And if you are looking forward to buying this smartphone, I will certainly suggest the blue color variant as it looks shiny and quite a bit attractive. And like the P20 and P20 Pro, the emblems have been moved to the side as well, probably to make the phone look like a camera when you hold it in landscape orientation. Overall, with the glass back and the notched design, the Nova 3e is a proper 2018 smartphone. 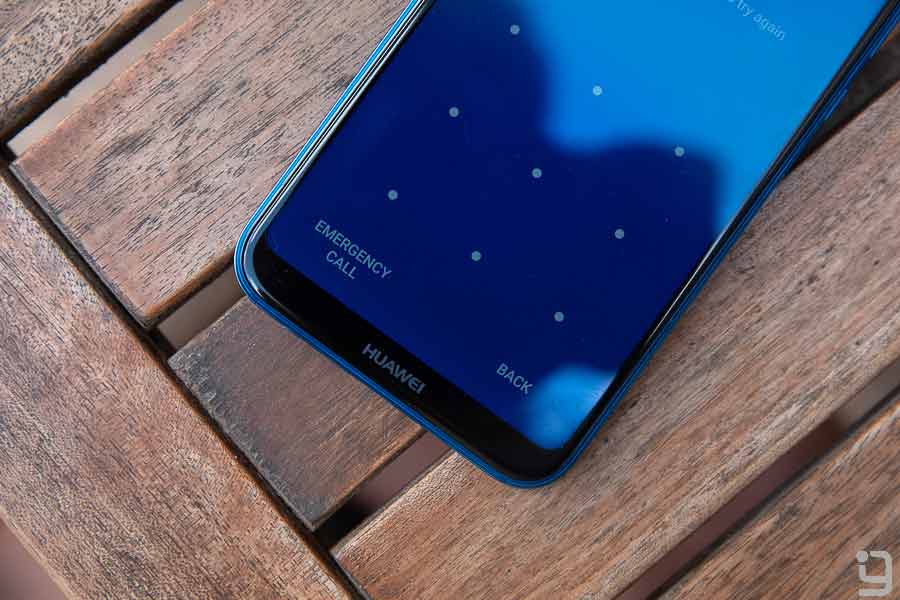 In terms of storage, the Huawei Nova 3e has 64 GB of onboard memory which is expandable up to 256 GB. It would be really exciting if Huawei launches the 128 GB storage variant in the near future.

Now talking about the speaker, well, there’s nothing new here. Huawei has gone with the same bottom firing speaker, which gets covered easily. Also, this speaker can only fill a small quiet room.

In terms of connectivity, let’s talk about call quality first. I used the Huawei Nova 3e as my primary driver for a few weeks and I have no issues with it. The person on the other end also didn’t face any problem. However, the issue here lies with the dual hybrid SIM slot. As the user of SIMs of two telecommunication companies, I had to give up on expandable memory just to use the two cards which were kind of a bummer. 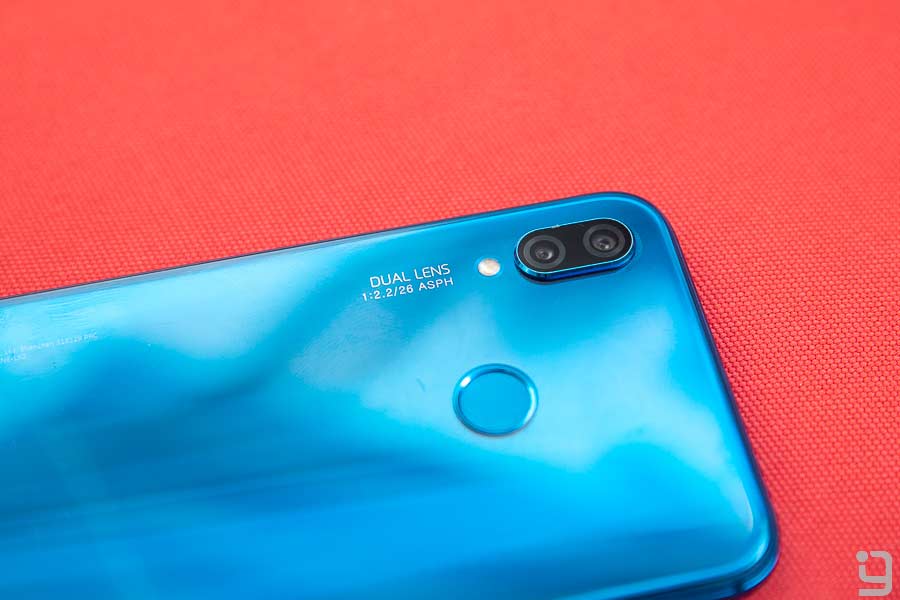 On the battery department, Huawei has included a 3,000mAh battery inside which lasted me for around 4 hours 30 minutes to 5 hours depending on my usage. I would have certainly liked a bigger battery here like the one in the Nova 2i, but Huawei has compensated that with the inclusion of the company’s fast charging technology. The charger that comes with the box can fully charge the phone in around 2 hours which is faster than what its competitors offer. So, if you can ignore the battery size, the Nova 3e has the upper hand.

Smartphone distributors have now penetrated into a new mid-range price segment which starts from Rs. 30,000. The devices that fall in this price range have tried to emulate a few flagship features.

The Huawei Nova 3e falls under the same category. But even with only a couple of competitors right now, the device is under a lot of pressure. And for what it’s worth, I think the Nova 3e is a good device. It has one of the best designs on a mid-range smartphone, and its cameras are good. However, it has a dated chipset that has slightly hampered the performance front and maybe the battery size could have been bigger.

So, in the end, it all comes down to whether or not I would suggest this smartphone to someone?  Well, that depends. If you want a smartphone with a sophisticated design and reliable camera, then Nova 3e is the one for you. However, if you are into heavy games and want a bigger battery size then you might want to look elsewhere.