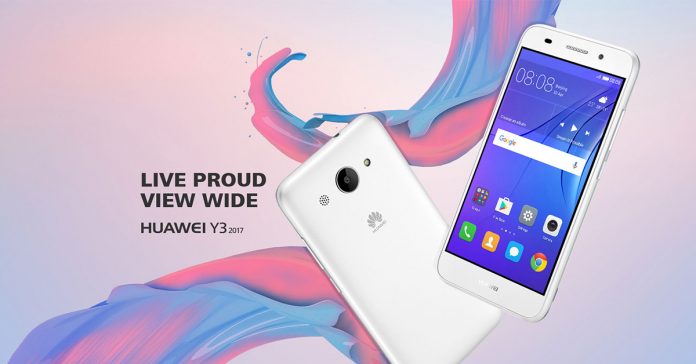 The Huawei Y3 2017, also known as the Y5 Lite 2017 in some markets, is now official in Nepal. Priced at Rs. 10,900, it is a budget friendly offerings from the Chinese manufacturer.

The phone features a 5″ IPS (480*854 pixels) LCD display. With a pixel density of just 196ppi, the phone might not be the most pleasing to look at. Inside is a Quad-core 1.1Ghz MediaTek MT6737М SoC with 1GB of RAM and 8GB of expandable storage.

The primary camera of the phone is an 8MP lens with f/2.0 aperture and an LED flash. The camera is capable of recording videos of up to [email protected] The front houses a 2MP sensor.

The phone runs on a 2200mAh battery which will be plenty for a phone with these specs. It comes with Marshmallow out-of-the-box and EMUI 4.1 Mini on top.

The phone has all the small bells and whistles that one might expect. Those include Wi-Fi, Bluetooth, Accelerometer, 4G LTE except for a fingerprint sensor. The phone comes in a variety of color options like Gold, Pink, Blue, White and Gray and is priced at Rs 10,900. You also get a back ring buckles holder bracket free.