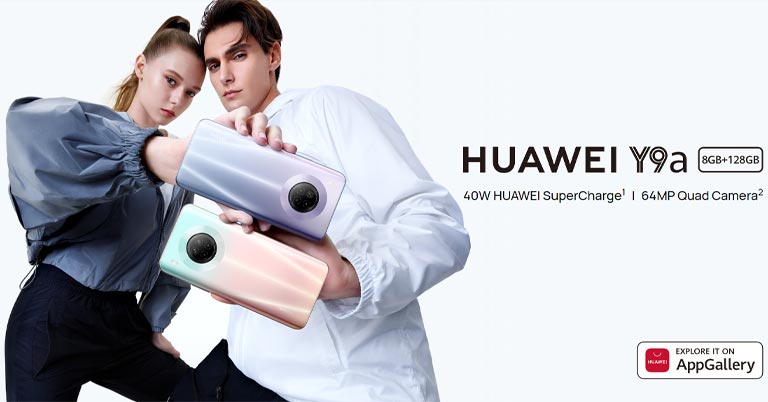 After a series of leaks, Huawei has finally unveiled the Y9a. The phone looks a lot like the Enjoy 20 Plus that was launched in China earlier this month. However, Huawei has made some changes to the internals. Let’s check out the specs, features, expected price, and availability of Huawei Y9a in Nepal.

Like the Enjoy 20 Plus, the Huawei Y9a features a 6.6-inch TFT IPS LCD panel with FHD+ resolution. The panel is void of notches and cut-outs as the selfie camera is integrated into a pop-up mechanism. The bezels around the screen are hardly visible except for the chin that is more apparent. Its Ultra FullView Display offers a 92% screen to body ratio. 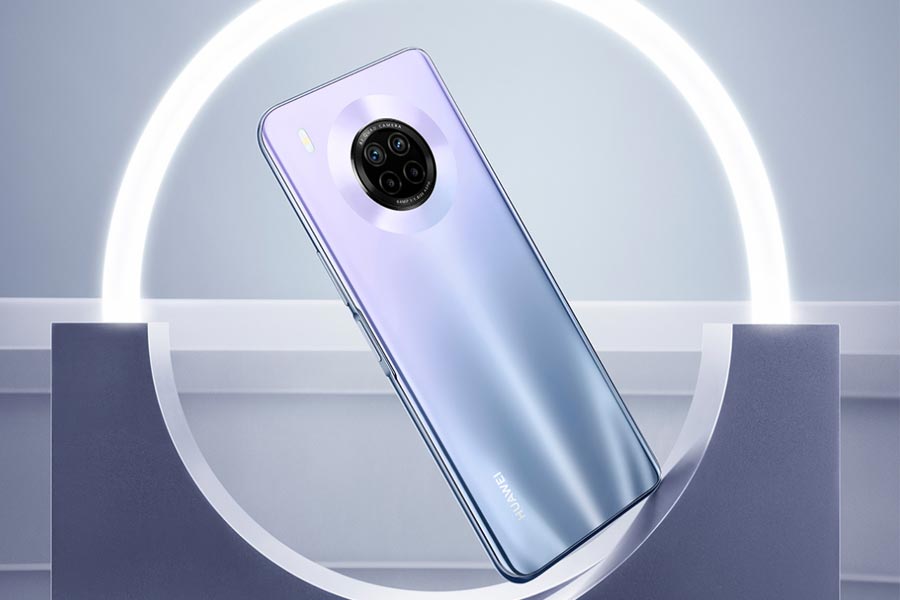 The device tries to mimic the Mate 30 design. The back panel sports a 3D arc design and has a nano-textured surface. It also has the iconic halo design module for the quad-camera setup. It is available in three color options – Space Silver, Sakura Pink, and Midnight Black. Huawei has taken inspiration from changing hues of the sky and incorporated it with light and shadow effects. 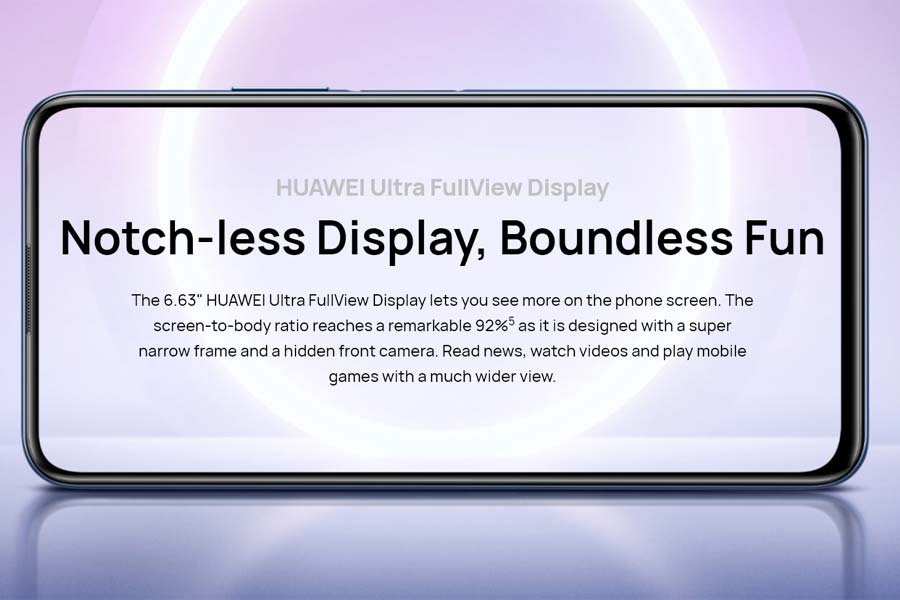 Though it packs in the MediaTek’s Helio G80 chipset, performance is not Huawei Y9A’s strength. Thus, the company did not even bother to mention the budget-gaming chipset on the main product page. The chipset features two Cortex A75 (@2.0GHz) and six Cortex A55 cores (@1.8GHz). The graphics are handled by Mali G52 MC2. Huawei Y9a comes with 128GB internal storage, which can be expanded up to 256GB using Huawei’s NM card. However, the phone will feature either 6GB or 8GB of RAM based on the region.

On the software front, it will ship with EMUI 10.1 on top of Android 10. Like all the newer Huawei smartphones, it won’t be supporting Google’s GMS. Users will have to rely on Huawei’s App Gallery and HMS.

The Halo-module on the back encloses the quad-camera setup. It is led by a 64MP camera with a 1/1.7-inch sensor and f/1.7 aperture. Huawei has also included an 8MP sensor that provides up to 180-degree of Field Of View. The two are accompanied by a 2MP depth camera and a 2MP macro camera (4cm). The rear camera comes with 6-second exposure processing. Similarly, Huawei is claiming magical night shots because of the 51,200 ISO and noise reduction algorithms. There is EIS for users looking to record videos with it. A 16MP pop-up camera has been hidden from plain sight and appears only when summoned. EMUI 10.1 has a feature called MeetTime that the company claims make video calls possible despite weak networks. It also lets users share what is on their screen.

Huawei Y9a packs in a decent 4,200mAh battery which supports 40W Huawei SuperCharge. It can refill the battery up to 70% in 30 minutes. However, it will be exclusive to Africa, the Middle East, and a few other countries in Middle Asia. The rest of the regions will receive a 4,300mAh battery with 22.5W SuperCharge support.

Huawei Y9a will be available for pre-order in Iraq with a price tag of $239 from September 12. We can expect the price of Huawei Y9a in Nepal to be around NPR 30,000.