Home MediaTek MediaTek announces Helio G80: Midrange phones in 2020 are going to be... 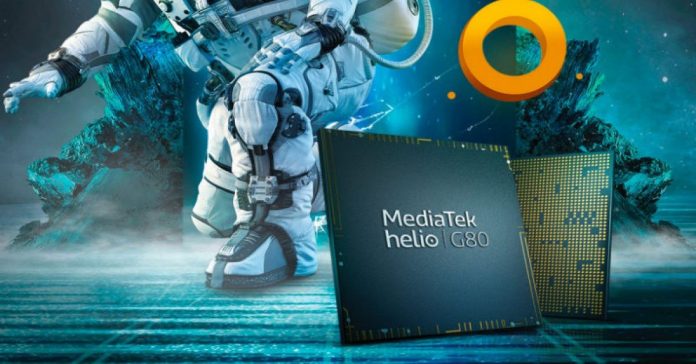 MediaTek launched its first-ever gaming chipsets last year and they were awesome. Helio G90 and G90T despite being mid-range gaming processors, were really up to the competition. We got to see the G90T in the Xiaomi Note 8 Pro and suffice to say the performance was really wonderful. And now after almost a year, the company has decided to expand the G lineup with the Helio G80 chipset.

The Helio G80 comes as a third chipset in MediaTek’s range of budget gaming processors. And this one slot right between the G90/G90T and G70.

Built upon a 12nm process, the Helio G80 offers an Octa-core CPU. The CPU consists of two ARM Cortex-A75 cores clocked at 2.0GHz. Moreover, six ARM Cortex-A55 cores are there too. And they are clocked at a maximum frequency of 1.8GHz. Helio G80, as other G series SoC’s, is focused at gamer’s looking for high performance at an affordable price. Therefore, it comes with a host of MediaTek’s special features. These include HyperEngine mobile gaming enhancements, multi-camera support, integrated Voice on Wakeup (VoW), and more.

VoW helps to considerably lower power consumption for voice assistance services. And the HyperEngine offers smooth gaming experience as seen on Helio G90. Moreover, the other benefit of HyperEngine is the switch to LTE + WiFi connectivity during gameplay. Especially helpful during slow internet connection. Moreover, it also actively manages CPU and GPU performance for stable gameplay.

The Helio G80 is expected to launch later this month in India. And soon after that it should be available in the global market as well.

It is really appreciable that MediTek is coming up with a mid-range, low-cost solution for gaming enthusiasts. Moreover, their gaming chipsets do not compromise in the performance side either. Hopefully, the Helio G80 won’t disappoint either.

Meanwhile don’t miss out on our review of Xiaomi Note 8 Pro, the first high-profile smartphone with Helio G90T.