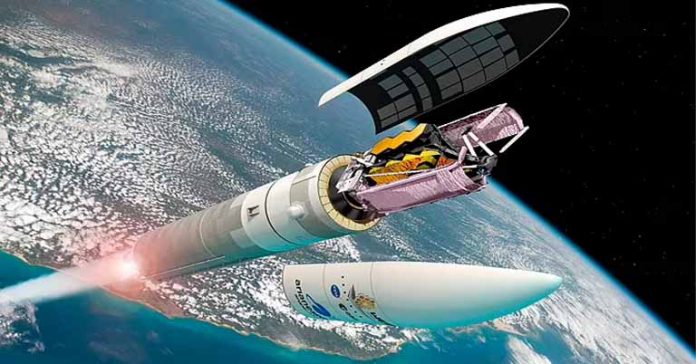 The James Webb Space Telescope (JWST), along with the Ariane 5 spacecraft, has passed the Arianespace launch clearance review. It is a joint mission between NASA, Europen Space Agency (ESA), and the Canadian Space Agency (CSA). JWST is the next big space research observatory after Hubble, aiming to address lingering mysteries about the Universe.

As aforementioned, Arianespace conducted the review, which confirmed that the Ariane 5 (spacecraft) and the flight plan are ready for launch. Arianespace’s technical analyses of the mission’s major components, including the launch trajectory and payload separation, have shown a positive result. Furthermore, the test is necessary as the telescope must fold up within the fuselage before unfolding once in orbit.

In total, the review gave final assurance that all components of the launch vehicle and spacecraft are entirely compatible.

The initial preparations for JWST began in 1996, with a $500 million budget and an estimated launch date of 2007. However, production and Ariane 5 issues resulted in a budget increase and a delayed launch. Now, the mission’s ultimate development cost is close to $15 billion, and it is projected to have a lifespan of at least a decade.

The world’s most powerful and largest telescope will be sent into orbit by the Ariane 5 spacecraft. As part of the agreement, ESA will offer the launch service to NASA-engineered telescope, employing Ariane 5 as a launch vehicle. It will take the telescope to a precise transfer orbit, towards its target – the second Lagrange point (L2). 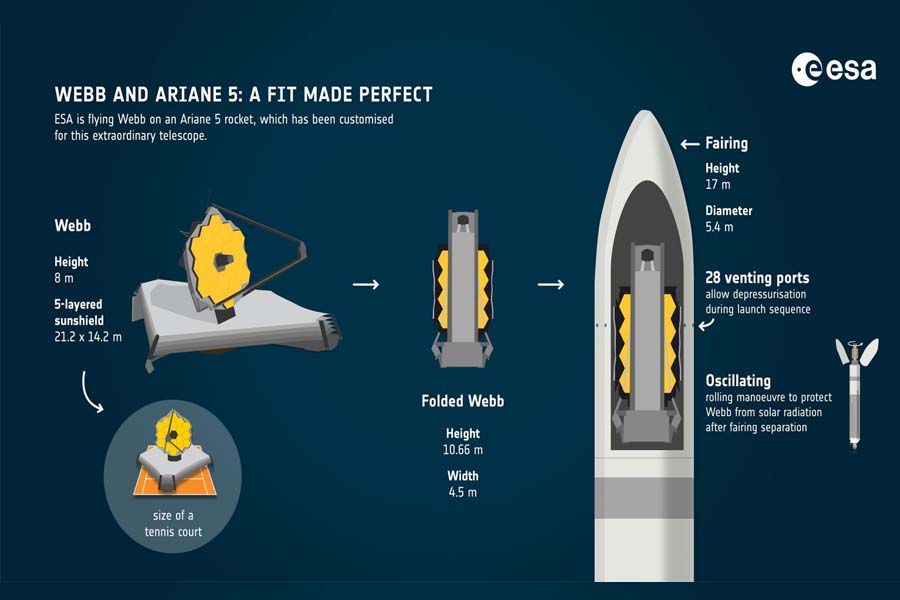 Moreover, the spacecraft will experience a variety of mechanical forces, vibrations, temperature fluctuations, and electromagnetic radiation during the launch.

Lagrange points are the locations in space where the gravitation pulls of two objects are in equilibrium. These pulls provide enough force to lock objects in their orbits. The L2 point being discussed here is home to numerous ESA projects like Hershel, Planck, and Gaia.

After separation, the JWST will begin its four-week trip to the L2 point before beginning the observation. To note, L2 is four times away from the Moon. The launch is meticulously timed to ensure that Webb gets in its intended orbit and the Ariane 5 upper stage safely escapes from Earth. The team behind the computation of the launch also comes from ESA.

JWST will observe the Universe in the near-infrared and mid-infrared – at wavelengths longer than visible light. To do so, it carries a suite of state-of-the-art cameras, spectrographs, and coronagraphs. The telescope also features a five-layer sun shield that will keep the telescope cool by blocking Sun’s infrared light.

Likewise, ESA plays a big part in the mission. Aside from the Ariane 5 launcher and launch services, the agency is giving the NIRSpec instruments and a 50% stake in the MIRI (Mid-infrared Instrument), as well as manpower to assist mission operations.

According to the scientist, the JWST will be able to look back in time to see the formation of the very first galaxies. It will allow them to study the origin of stars, exoplanets, and even our solar system.

Similarly, it could also be used to look for bio-signatures in the space. Previously, researchers from Ohio State University claimed that the telescope could detect alien life within 5 to 10 years of its launch.