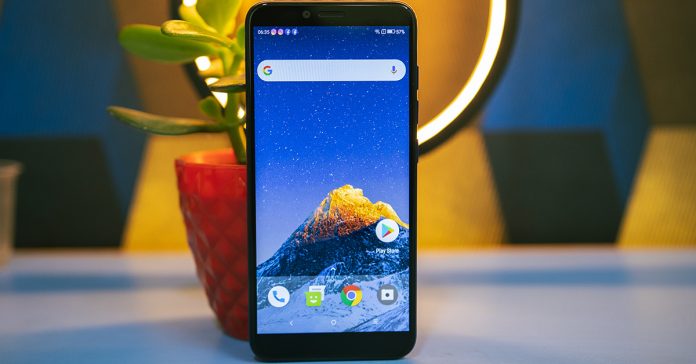 It has already been two years since I last reviewed a smartphone from Lenovo. So, I was really excited when I got my hands on the Lenovo K5 Play. This phone falls on the budget segment, the area which is more competitive now than ever! So, in this review, I will be talking about the aspects that I really liked, and some that I didn’t, and I hope it will help you choose the right device! The first thing you notice about a smartphone is the looks. And the K5 Play, for me, kind of nails the looks. This blue color I have here looks great with that glass-like back. Yeah-yeah, I know this is plastic, and metal backs feel more premium, but take a note of that price. I think this design will appeal to many.

The compact form makes the device easy to browse around, and the texture on the power button makes the phone just easy to use. I really like smartphones that carry a weight, and even with the plastic body, the K5 Play feels comfortable on the hands, unlike other plastic devices. 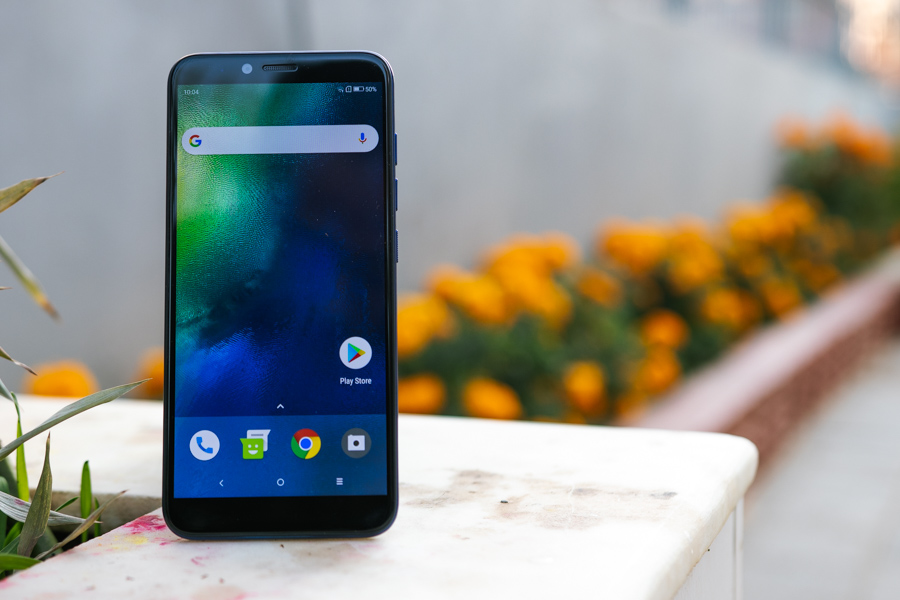 There is still a shortcoming here, though. Lenovo has transformed the screen to 18:9 aspect ratio, and although the bezels have been shrunk down, I still think this is nowhere near the bezel-less craze smartphones are following these days.

These bezels have sandwiched a 5.7-inch display in between themselves. Yes, this is a 720p panel, and yes, it isn’t that sharp, but I have liked it nonetheless. It gets quite bright, and the colors are reproduced nicely. There is ample saturation, and I have really enjoyed watching multimedia contents on this phone. 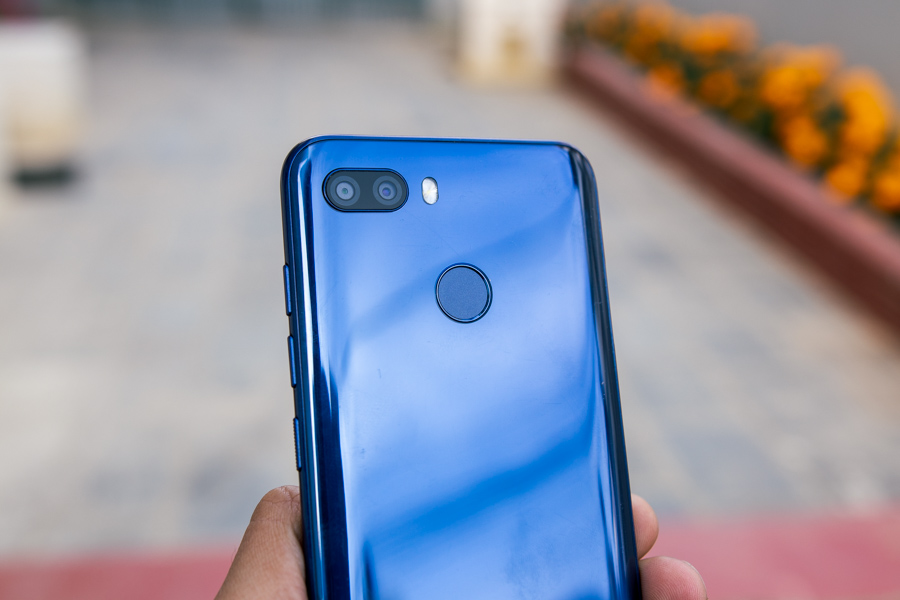 However, the sound that comes off while watching contents on the Lenovo K5 Play isn’t that loud. There is a single downward facing speaker on the phone, and like all other budget phones, that sound it produces is not that pleasing. But you can’t expect much for the price, can you?

On the back of the phone resides a fingerprint scanner that works 100% of the time but is kind of slow. And unlike the S5 which it was launched alongside, the phone lacks the face unlock feature.

In terms of memory, the device features 32 GB of onboard memory that is expandable up to 128 GB via a microSD card slot.

Even with the budget price, the Lenovo K5 Play has done well in terms of its performance. With the Snapdragon 430 and 3 GB RAM inside of it, the phone handled my normal usage that consisted of browsing through social media, web pages, and playing the lighter games.

I even tested PUBG on it. I had no expectations with it when I ran the game for the first time, but to my surprise, it did well. Yes, there are lags and frame drops, but it still does a respectable job. And even though Johnson had some issues with running Asphalt 9 on the Xiaomi Redmi 6, I played the game on the K5 Play, and there weren’t any noticeable lags.

So, I am confident when I say this, the Lenovo K5 Play is one of the best performing budget smartphones of 2018! However, this well-performing smartphone is soured by the software. Two years ago, I had praised Lenovo for the software its smartphones run on. And I was kind of hoping the same with the K5 Play, but that was not really the case.

We are now at a time where the skins on top of Android equip a lot of customizations that help with the overall user interface. While some of those customizations are gimmicky, I still like a lot of them. It helps to make the phone easier to use. And like those OEMs, Lenovo too has made its own version of a customized skin that packs in a couple of extra features. But the major disappointment was the swipe up for the control center. Clearing the notification is kind of weird too. You can only swipe in one direction to clear it. And just to add your own personal wallpaper you must toggle the HD desktop wallpaper option.

I also haven’t been able to change the Sleep time interval of the display. Whenever I tap on the sleep button, the settings app just restarts. 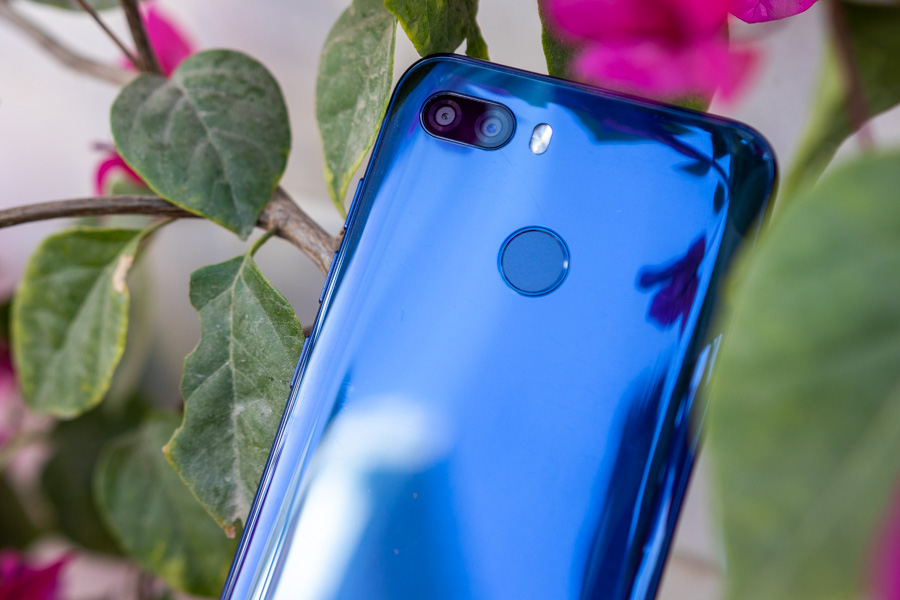 Let’s talk about the cameras now. During night time, the pictures that come out of the dual cameras on the back are kind of a mess. They lack the colors and saturation and have noise written all over them.

The cameras also find it hard to focus properly, which results in blurred out shots some time. The selfie camera also finds it hard to take good pictures, and here is a picture to support that claim. The results in a well-lit environment, however, contradict the night-time ones. The color reproduction is done nicely here, and even when you zoom into the pictures, there are ample details. The shadow details are preserved in the images.

The saturation is near to natural too. Lenovo was a well-known brand for making smartphones with good cameras, and I think that hasn’t changed this time around.

The portraits from the dual cameras are good too. Here is one without the blur and one with it. I mean this surely doesn’t look like a portrait from a budget device. 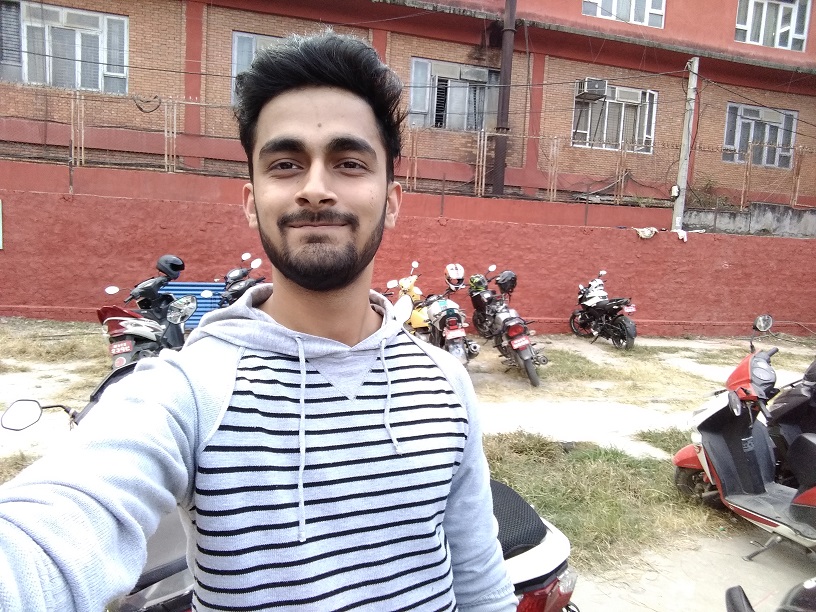 The selfies, however, could have been better. They are what you would call “social media ready” but the colors, though, they aren’t popping. Also, the background is a little overexposed at times. The same goes for the videos as they are a lot shaky, although the details and colors are quite nice. The other area that I like about the K5 Play is the battery life. Even with my heavy usage, the phone gave me a screen on time of around 4 hours and twenty minutes. So, if you are a light user, you can expect it to run for a day straight, probably with more than 5 hours of screen-on-time!

So, what do I make of the K5 Play? Well, it’s a well-performing smartphone with a good camera. It even runs the graphics-heavy games, and the dual cameras on the back are not just a gimmick. And although there is still that unpolished software inside, which I do not like at all, the phone feels like it’s a good investment if you are looking for a budget smartphone.