Home Xiaomi Xiaomi Redmi 6 Review – Is it a Budget Phone King? (NOT…) 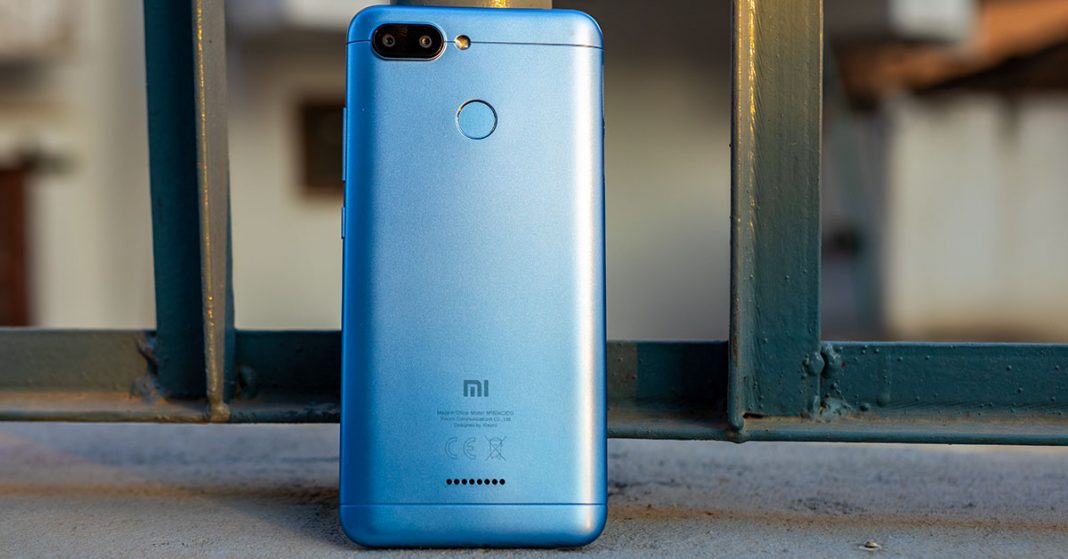 The Xiaomi Redmi 6 is an entry level phone that made quite a bit splash in the smartphone market when it came out. And many have been calling it a king, when it comes to entry level phones. And so, we thought we’d test that theory out. Can it really be called the Entry Level king as others so put it?

The Xiaomi Redmi 6 comes with an all-plastic build. Considering it’s a budget phone, that’s not surprising. The phone appears to be built sturdily when you hold it, but there occur some flex, creaks and squeaks when you abuse the phone a little. Of course, it seems it can withstand minor drops and such.

The design on it is typical Xiaomi. And since it’s a phone from some 3-4 months, back, it looks kind of old, especially when you’re getting used to the notched designs with bigger screens these days. This makes the design look a bit boring, but it is quite practical. The buttons are on the right, but not tactile enough when you press them. The fingerprint scanner sits at the right spot – under the cameras. It is easy to reach with your finger at the back, and is also pretty fast and accurate.

The SIM slots and the microSD slot are on the left side. One of the slot houses a SIM and a microSD card, whereas the other is a single SIM slot. The inclusion of a microSD card slot is a good option, as the phone only has a 32 GB of storage on-board. But yes, it also comes with a 64 GB version as well. The speaker is located at the back, which is an unusual place for a speaker to be. It is easy to muffle while laying it on the table, but since the speaker is loud, you can still hear it that way. Vibration, on the other hand, isn’t that strong. It’s easy to miss your calls when walking or riding.

Even though the build is plastic, the phone is pretty slippery. Overall, the design is old school Xiaomi. While it looks kinda practical, its nothing eye-catching. Yes, this is a budget phone, but the Oppo Real Me 2, also a budget phone, was a bit more eye-catching than this.

Up front, there’s a 5.45” IPS LCD display with an 18:9 aspect ratio. It has an HD+ resolution, which may look okay on paper, but it appears inadequate. Especially because you can notice some pixelation at a few points on the screen. Of course, you have to look very closely to be able to see that, but it is quite visible while watching YouTube. 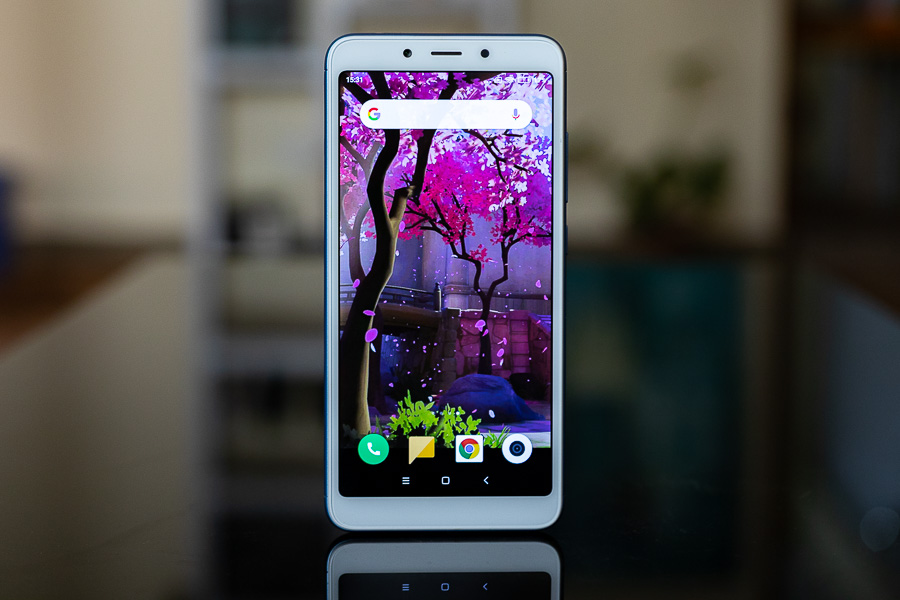 Of course, it is a budget phone, but even on other phones with the same pixel density, I hadn’t faced such problems. So, this can very well be a software or codec issue on this unit.

Besides these small problems, the display overall is good enough. Colors are vibrant, and details are represented well enough as well. There is considerable amount of bezels on all sides, but they don’t look too violating. In the photography department, this phone comes with a dual camera setup at the back, and a single camera in the front. The dual camera setup comprises of a 12 MP primary lens and a 5 MP depth sensor, both with f/2.2 aperture.

While the overall image quality from these cameras look good, the pictures lack sharpness. The colors appear a bit cooler, and it could do with a bit more contrast. Also, bright colors appear over-saturated. The dynamic range on this is also only okay at best. It’s because with the HDR mode on, it looks like it does a good job, but the images appear to have been altered with effects.

The portrait mode is decent enough. Edge detection, like on other phones, tends to sometimes miss out on the subject. But when it does work, it works pretty well in terms of background blurring and such. However, in low light, the pictures gather a lot of noise. And most of the times, the images come out pretty much unusable. This has to do with the camera’s narrow apertures, but it is what it is. The 5 MP selfie camera is better than the rear cameras, achieving good results under good lighting conditions. But sometimes, the AI tends to overdo itself and make your face a bit too artificial, or cartoonish. With that off, it does an okay job, and the bokeh effect on selfies looks better than the one on the back.

The phone is capable of taking Full HD videos at 30 fps, and shares the same story just like the pictures. They are usable when taken under good lighting, but are quite grainy in low light.

For a phone in this price range, it does include EIS, but it’s not that great. Of course, it’s better to have one than none, but you can also turn it off if you wish.

Here’s the kick to the guts: the performance on this phone isn’t as good as expected. For a phone which many claim to be an entry-level killer, it didn’t meet my expectations. Maybe, I had it too high or something, but I was a bit disappointed.

The Helio P22 chip on it doesn’t perform as good as it should. Now, I have used a few other phones with the same chipset, and this one doesn’t seem to be at par with them. Even simple tasks such as using YouTube can get some lags. However, it wasn’t like this when I got the phone… this actually started after I updated the phone to the available latest software, i.e. MIUI 10.

I also tried PUBG on this, and it did run, with the BAGT app helping with the performance and it was playable to an extent. The BAGT app is available in the PlayStore and it will help play heavy games on your phone. Basically, this is a laggy performer in my experience compared to the Realme 2, which came with a Snapdragon 450. So, all I can say is it must be a software issue. I did succeed in playing games like Clash Royale and Pocket Pool but Asphalt 9 was not playable at all.

The UI in this one has been greatly improved and it’s more user friendly now, but the software in general seems to be a lot heavier, especially after the MIUI 10 update I received. It seems to hog down a lot of processing power and memory. Which is why, this phone’s performance was not very good during my review.

It’s added navigation gestures are a breath of fresh air. You swipe up from the bottom to go to the Home Screen, swipe and hold for recent apps, and swipe from left or right to go back. Also, there are little things like brightness slider, and updated settings menu that gives a freshness to the old MIUI 9 that we have used for so long.

However, Xiaomi still needs to optimize its UI by a lot. It may not be a big deal for most high end Xiaomi smartphones, but its not the case for budget smartphones like the Xiaomi Redmi 6. 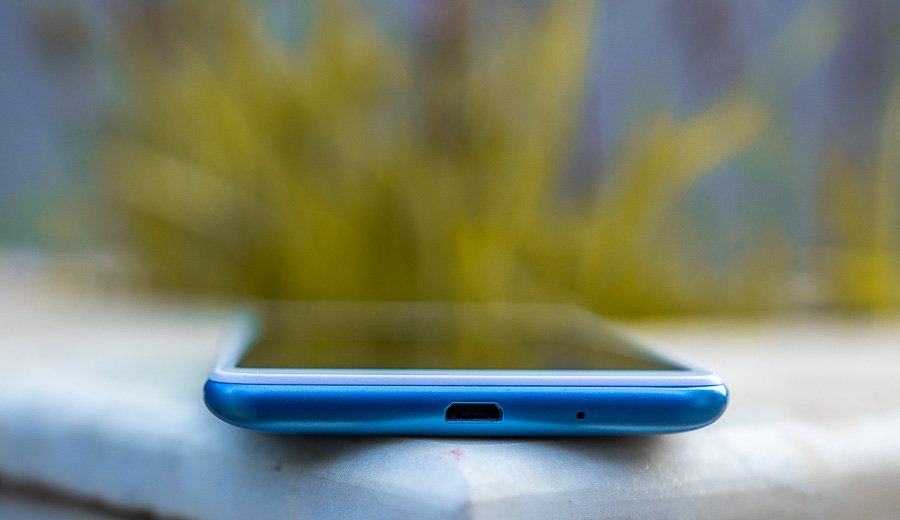 In terms of connectivity, its Wi-Fi and Bluetooth seem to work fine without any problems. This phone has a headphone jack at the top while it’s microUSB port is at the bottom. It misses out on the Gyro-Sensor, and I also faced issues with the proximity sensor. I found random apps opened after a call was over.

The 3000 mAh battery on a phone of this caliber should have been fine, but I didn’t find it satisfactory. Again, that probably had to do with the latest update as the UI is pretty heavy. It gave me around 4 and a half hours of average screen on time. Also, it takes 2 hours to fully charge, and if we’re nitpicking, the cable is too short.

To conclude, as much as many claim this phone to be an entry-level king, I don’t believe it to be so. The Oppo A3s costs a bit more and has only 2 GB RAM with 16 GB storage, but that phone performed better than this one.

But overall, this phone still provides a great value for money. For a price of Rs.16,500, you get some of the best basics for a smartphone. I feel like it could’ve performed better if used with the MIUI 9.5 it came with. So, if you can, you should probably hold off on upgrading it the MIUI 10 until Xiaomi can optimize its heavy UI for entry-level phones.