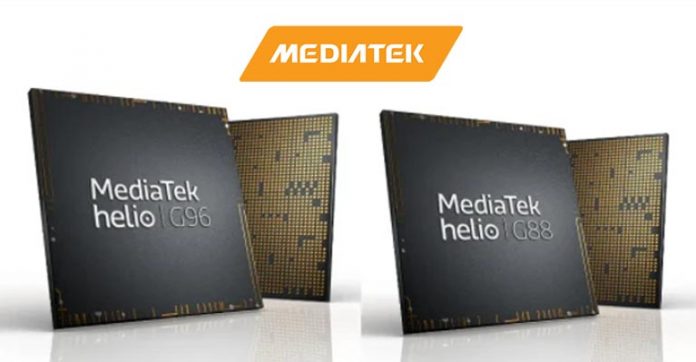 Since its inception in 2019, MediaTek’s Helio G series chipsets have been a popular choice in budget and lower-midrange smartphones. Yesterday, MediaTek announced two new silicons in this lineup—Helio G96 and Helio G88.

Here, the Helio G96 builds on the specs of last year’s Helio G95. It has the same core configuration with 2x Cortex-A76 and 6x Cortex-A55 CPU cores. Interestingly, MediaTek has downgraded the GPU from Mali G76 to Mali G57. The new GPU has half the core count of the G76.

Moving on, Helio G96 has support for up to 108MP cameras, which is gaining popularity in the mid-range segment. Other camera features include dual-camera bokeh capture, Camera Control Unit (CCU), Electronic Image Stabilization (EIS), and Rolling Shutter Compensation. Video recording capability is still capped at 4K/30fps.

Over on the display, it supports up to 120Hz refresh rate on an FHD+ panel. Other features include Cat 13 LTE connection and Bluetooth 5.2.

Moving on, the Helio G88 retains the CPU core configuration of its predecessor (Helio G85) as well. It features 2x Cortex-A75 and 6x Cortex-A55 cores. The Mali G52 MC2 is also left untouched.

The only notable difference lies in the display and camera departments. This processor supports up to 64MP cameras—up from 48MP on the G85. Similarly, Helio G88-powered phone will support a 90Hz refresh rate on an FHD+ panel, which is not possible on G85.