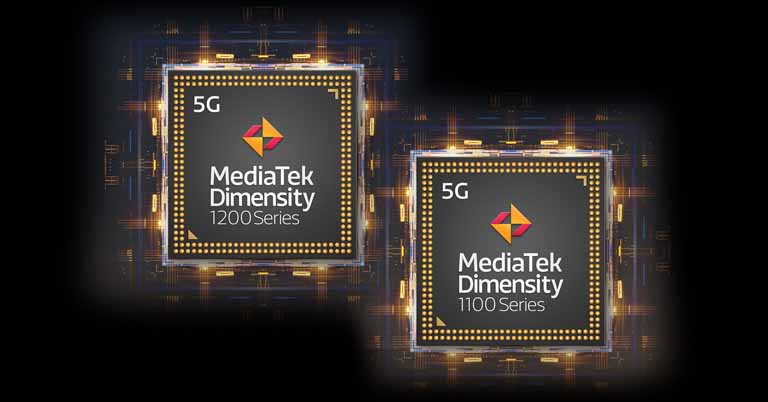 MediaTek has announced two new chipsets under the Dimensity series. As we know, this lineup is home to the company’s flagship 5G chipsets. Here, the new Dimensity 1100 and 1200 are based on a new 6nm process node and come with improved AI, camera, and multimedia features. Let’s learn more about the specs, features, and availability of MediaTek Dimensity 1100 and 1200.

With the announcement of the new Dimensity chipsets, MediaTek has switched from the 7nm process node to a newer 6nm process. They are also the first in the lineup to use Arm’s Cortex-A78 cores. These chipsets are quite similar to each other but differ in terms of their core architecture.

Dimensity 1200 is the more premium of the two and features a 1+3+4 tri-cluster as other flagship Android chipsets from Qualcomm and Samsung. However, unlike its rivals, this chipset doesn’t make the use of the Cortex-X1 core. Instead, it relies on Cortex-A78 cores both for the prime and performance cores. The Prime Cortex-A78 core is clocked up to 3.0GHz whereas the performance A78 cores are clocked at 2.6GHz. Additionally, there are four Cortex-A55 efficiency cores clocked at 2.0GHz. 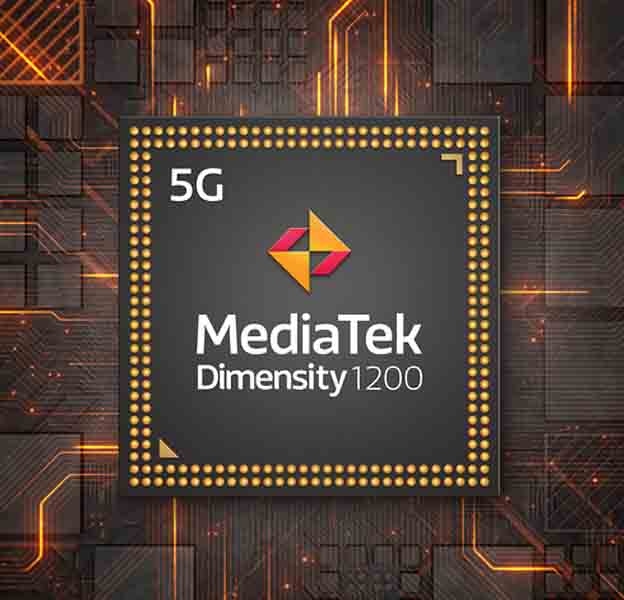 According to MediaTek, the new Dimensity 1200 has 22% better performance and 25% better efficiency compared to Dimensity 1000+.

On the other hand, the Dimensity 1100 doesn’t have any prime cores. It is sticking to the dual-cluster arrangement as in the 1000 Plus. The difference being the inclusion of Cortex-A78 in place of A77. The efficiency cores have remained the same. MediaTek is relying on the new Cortex-A78 cores and new architectural advantage as the clock speed for the performance (2.6GHz) and efficiency cores (2GHz) have also remained unchanged. 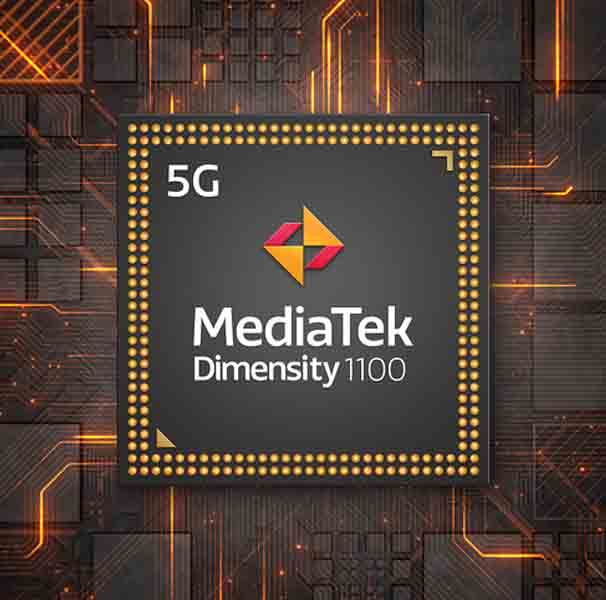 Neither Dimensity 1100 nor 1200 is offering anything new in the GPU department. In fact, MediaTek is using the same old Mali-G77 MC9 GPU that is used in the 1000 Plus. Even core count has not been changed from 9. It’s quite odd that MediaTek did not use the latest Mali-G78 GPU that chipsets like the Exynos 1080 and 2100 are using. Furthermore, the two chipsets do not have support for LPPDR5 RAM either although they are UFS 3.1 storage compatible.

Moving on, Dimensity 1100 and 1200 come with hexa-core MediaTek APU 3.0. It now comes with an upgraded multi-scheduler for enhanced multi-tasking and reduced latency. With this, MediaTek is claiming a 12.5% performance boost. The APU can handle FP16 calculations by using ten times less power than GPU. The use of API for FP16 tasks also means that the GPU is free for other operations.

Then there is “MediaTek Imagiq Camera” technology for recording and video streaming. It comes with support for multi-frame 4K HDR video that stitches frames at different exposures into a single video in real-time for better results. Similarly, the chipset can also add AI enhancements to the video in real-time.

Dimensity 1200 can now support up to a 168Hz display at FHD+ resolution. On the other hand, the Dimensity 1100 supports 144Hz at the same resolution. Both chipsets support 90Hz at QHD+ resolution as well. The MiraVision display technology now includes AI SDR to HDR upscaling and enhanced HDR10+ video playback. Similarly, MediaTek has added hardware-accelerated AV1 video decoding as well. The Hyper Engine 3.0 now has support for Ray Tracing Mobile Games and AR. However, we will have to wait to see if any games will make use of it. MediaTek has not updated the integrated 5G modem thus there is no support for mmWave networks.

Chinese smartphone makers including Xiaomi, Vivo, and Oppo have confirmed to use the new Dimensity 1100 and 1200 chipsets in their upcoming smartphones. We can expect phones powered by these silicons to be available in the market starting Q2 of 2021.

Here, Dimensity 1100 and 1200 are not that great of upgrades to the 1000+ and thus, are not feature-rich like its competition. Therefore, these chipsets are likely to power cheaper alternatives to flagship devices.