Home Featured Nepal’s space dream is finally true but there is still a lot... 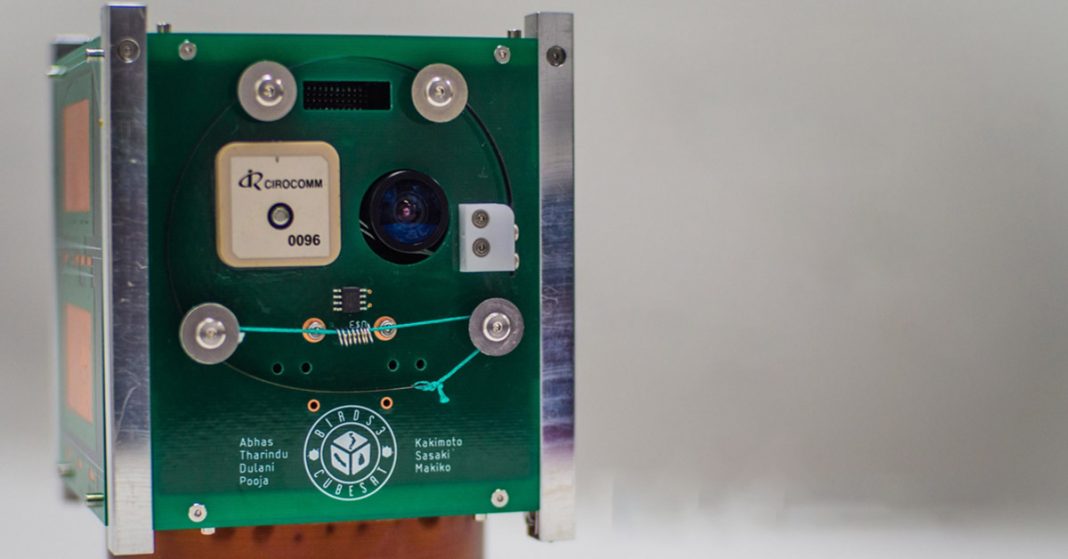 On Thursday morning, at 2:31 AM NST, as a lot of Nepali people were in their deep sleep, an Antares rocket carrying a lot of cargo launched up into space. This spacecraft holds a special Nepali dream as it is carrying Nepal’s first ever satellite – NepaliSat-1.

The nano-satellite went up into space from the Mid-Atlantic Regional Spaceport at NASA’s Wallops Flight Facility in Virginia, USA. It will reach the International Space Station (ISS) on Saturday.

A nano-satellite is a satellite that weighs somewhere between 1 kg to 10 kg. NepaliSat-1 has a weight of 1.3 kg and is cube-shaped. Scientists hold plans to release the satellite into the lower orbit of ISS in the second week of June.

NepaliSat-1 has been developed by two Nepali scientists, Hariram Shrestha, and Aabhas Maskey, under the investment of Nepali Academy of Science and Technology (NAST), and the help of other scientists. This tech was developed under the BIRDS project of Japanese Kyushu Institute of Technology. The BIRDS project is its collaboration with the United Nations. It basically holds the objective of helping various countries develop and launch their first satellite.

In his tweet, Prime Minister K P Sharma Oli was quick to praise the scientists and institutions that were involved in the feat.

Though a humble beginning, with the launching of NepaliSat-1 Nepal has entered the Space-Era. I wish to congratulate all those scientists and institutions that were involved right from the development to its launching thereby enhancing the prestige of our country. pic.twitter.com/PpF1PIcQfa

The cargo spacecraft is also carrying satellites made by Japanese and Sri Lankan scientists along with supplies and gears for the crew residing in the ISS.

NepaliSat-1 has been built mainly for two major sectors among others – Remote Sensing, and Communication. With the help of a multispectral camera, the remote sensing system will capture photos in RGB color from 400 km away. Likewise, for communication, it will gather data related to Nepal’s temperature, water level, soil, humidity, and SOS. The collected data will be sent to NAST’s Ground Station which is currently under construction.

Talking to the BBC Nepali Service, Aabhas Maskey said, “This has been possible due to the investment from the Nepal Government. We still face the challenge of running a satellite for a longer period of time. This is our first step.

He also added that there is still a lot of work to be done to make huge strides in the satellite technology for Nepal.

Since it’s a nano-satellite, NepaliSat-1 won’t remain in the space for long. Maskey has predicted it to stay in space for 3 months to a year.

For Nepal to actually run a satellite that actually stays in the space for a long period of time, investment from all sectors is necessary. The government should also work to produce a workforce meant for the purpose. There also is a necessity of building the essential science an technology to run and make satellites from Nepal itself.