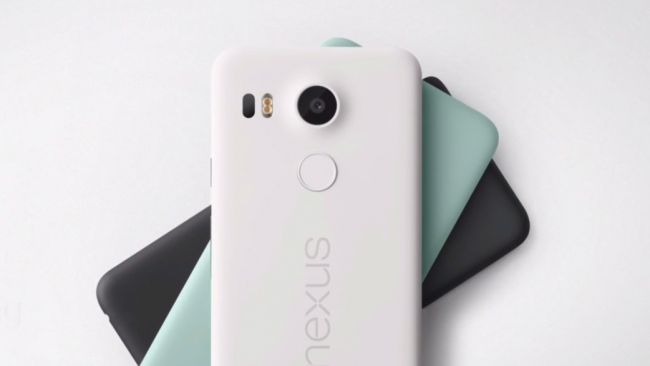 Google just announced LG Nexus 5X smartphone in an event in San Francisco. The new Nexus 5X designed and manufactured by LG is one of two Android phone released. The other released Nexus 6P is slightly bigger at 5.7-inch than the Nexus 5X which stands 5.2-inch tall. The phone comes with three colors option of Carbon, Quartz, and Ice and is made of Premium injection molded polycarbonate housing.
The Nexus 5x is available in Nepal for Rs.45,000 for the 16GB model and Rs. 50,000 for the 32GB model from online store M.K.Tradeline.

Nexus 5X has a dimension of 147 x 72.6 x 7.9 mm and weighs just 136 g. Not as light as the iPhone 6, but better than the Nexus 6 which was 189 gm. It sports a 5.2-inch 1080p LCD display with a resolution of 1080 by 1920. The screen is covered with a layer of Gorilla Glass 3, which saves you from breaking your Nexus Device’s screen. The fingerprint scanner is on the back just below the camera to complement the way you naturally hold your phone.

Its cameras seem to have improved now with a 5 MP snapper on the front and a 12.3 MP shooter on the back. In the press release of the Nexus 5X, Google claimed that the camera was able to take best ever selfie’s and best low lighting images, who then showed some sample picture in the release event. The camera sensor with a f/2.0 aperture and 1.55 micron pixel size but lacks OIS but is nevertheless had the ability to shoot 2160p video.

The boost of Qualcomm® Snapdragon 808™ SoC with Adreno 418 GPU and 2 GHz hexacore 64-bit processor coupled with 2GB of RAM makes a really quality in terms of processing speed. Powering is a 2700 mAh non-removable battery, which stays awake at least for a day long. We have got a USB type C charger port with fast charging too. The phone runs on Android 6.0 Marshmallow.

The internal storage option to buy the Nexus 5X is either 16GB or 32GB with no option to expand it via microSD card. We thought the new Nexus devices would support microSD card since Android 6.0 Marshmallow supports microSD card encryption and with the storage that low, microSD would have helped expand the memory. This could be the major letdown for the potential buyers

What’s in the box

The Price of the Nexus 5X  is $379 for the 16GB version and $429 for the 32GB model. The Nexus 5 might not release officially in Nepal, but we might expect the phone to come to Nepal through some of the retailers like M.K. Tradelink, Amachori.com or Hotdeals Nepal.