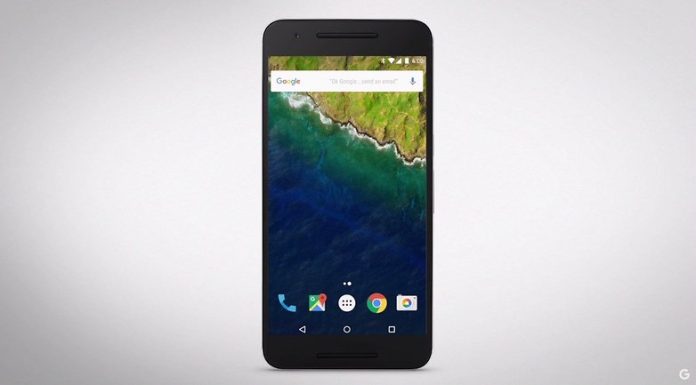 With the addition to Nexus 5X, Google also announced Nexus 6P in an event in San Francisco. The new Nexus 6P designed by Huawei, this time, is one of two Android phone released. The Huawei built Nexus 6P stands 5.7-inch tall versus 5.2-inch Nexus 5X. With a colors option of silver, black, white and gold (Aluminium, Graphite, Frost) with Anodized aluminum body, Nexus 6P is the first Nexus device to feature a metal-clad body.

The Huawei Nexus 6P is priced at Rs. 72,000 and you can buy it from Online retail store M.K.Tradeline.

Nexus 6P sports a dimension of 159.3 x 77.8 x 7.3 mm and weighs just 178g lighter than the Nexus 6 which was 189 gm. A 5.7-inch WQHD AMOLED display covers the entire front face of the smartphone. The screen is covered with a layer of Gorilla Glass Corning Gorilla Glass 4 and oleophobic coating. The fingerprint scanner is on the back just below the camera to complement the way you naturally hold your phone.

It’s in the camera where Google seems to have improved with an 8 MP snapper on the front and a 12.3 MP shooter on the back. In the press release of the Nexus 6P, Google claimed that the camera was able to take best ever selfie’s and best low lighting images, who then showed some sample picture at the release event. The camera sensor with a f/2.0 aperture and 1.55-micron pixel size but, also having Broad-spectrum dual flash and is able to shoot 4K (30 fps) video.

The Nexus 6P features a Qualcomm® Snapdragon 810™ V2.1 SoC with Adreno 430 GPU and Quad-core 1.55 GHz Cortex-A53 & Quad-core 2.0 GHz Cortex-A57 CPU and 3 GB RAM. For backing up all these is a 3450 mAh battery, which stays awake at least for a day long. It also has the type C reversible connector including fast charging.

The Internal storage option to buy from the Nexus 6P are 32/64/128 GB. With no option to expand it also follows the lights of iPhone and Samsung latest releases.

What’s in the box