MWC held in Barcelona each year is a mecca for smartphone enthusiasts. It is somewhat an exciting period where a lot of new technology, specifically smartphones gets revealed. With such enthusiasm, Nokia has launched 3 new smartphones on the event. This includes the very first Nokia phone with tall 18:9 aspect ratio – Nokia 7 Plus and one of the first Android Go Phones – Nokia 1. Apart from them, the enhanced version of Nokia 8 –  the Nokia 8 Sirocco has also been introduced. So let’s look at each of these devices and see what they have in store for us.

The tall 18:9 aspect ratio display was the buzz of 2017 and it is here to stay and become more of a standard in 2018. Nokia has surely missed the hype last year, but this year, it is starting out early with the launch of Nokia 7 Plus. It is the very first phone from Nokia to sport a tall 18:9 aspect ratio. Although the 6-inch FHD+ display has not so minimal bezels on top and bottom giving it a Pixel 2-esque but lacks the stereo speakers up front utilizing those areas. The display offers 500 nits of brightness which is ideal for working on direct sunlight.

Unlike the Pixel, it is a midrange phone that gets the homogeneous treatment with the inclusion of Snapdragon 660 chipset coupled with 4GB of RAM. The phone offers latest in techs like Bluetooth 5.0 and Quick Charge 4.0 support. Midrange phones sure are going to be more competitive in 2018.

The unibody aluminium construct with ceramic-like feel makes the phone a premium choice on the budget segment. Holding a position on the rear are the dual 12MP+13MP lenses with f/1.7 and f/2.6 aperture respectively. The assisting lens help in capturing portrait shots. Below the shooters resides a fingerprint sensor. Up front, it carries a 16MP camera, unfortunately with no LED flash. For storage, Nokia 7 Plus offers 64GB onboard storage with the option for expandability up to 256GB. This phone runs on Android 8.0 Oreo. Backing it up is a 3800mAh battery which according to Nokia provides two days of battery backup.

Nokia 8 Sirocco is the upgraded version of the last year’s Nokia 8. The phone has been more polished with the new design overhaul and spec changes. Nokia 8 Sirocco is 95% glass with Gorilla Glass 5 on both front and the back. Sandwiched between them is a stainless steel frame for rigidity. With glass back, the phone supports wireless charging. It is also IP68 water and dust resistant.

The screen has been bumped up to 5.5 inches from 5.3 inches with the same 2K resolution. The display uses pOLED panel instead of the IPS. Although the aforementioned mid-range Nokia 7 Plus comes with tall 18:9 display, the flagship Nokia 8 Sirocco comes with the old 16:9 aspect ratio. This is a major letdown of the device and could pull back Nokia once again for not adapting to the changing consumer demand. However, removal of headphone jack surely shows its catching up.

Powering the device is the same old Snapdragon 835 while we are expecting the new SD 845 in all of the flagship launches in 2018. It is coupled with 6GB of RAM. Where Nokia hasn’t compromised is with the storage. Providing a single storage option for 128GB and microSD expansion support, you can easily store media to your heart’s content.

Nokia 8 Sirocco showcases dual camera setup in a pair of 12MP+13MP that extends 2X optical zoom. It offers spatial audio that utilizes three integrated microphones to provide a high dynamic range of 24-bit audio and the ability to record at up to 132 decibels. This means crystal-clear and distortion-free audio even at the most deafening concerts or events while recording video. Not to forget, it can shoot 4K @30fps. Upfront, it bags 5MP camera which is a downgrade in numbers from the 13MP of Nokia 8. 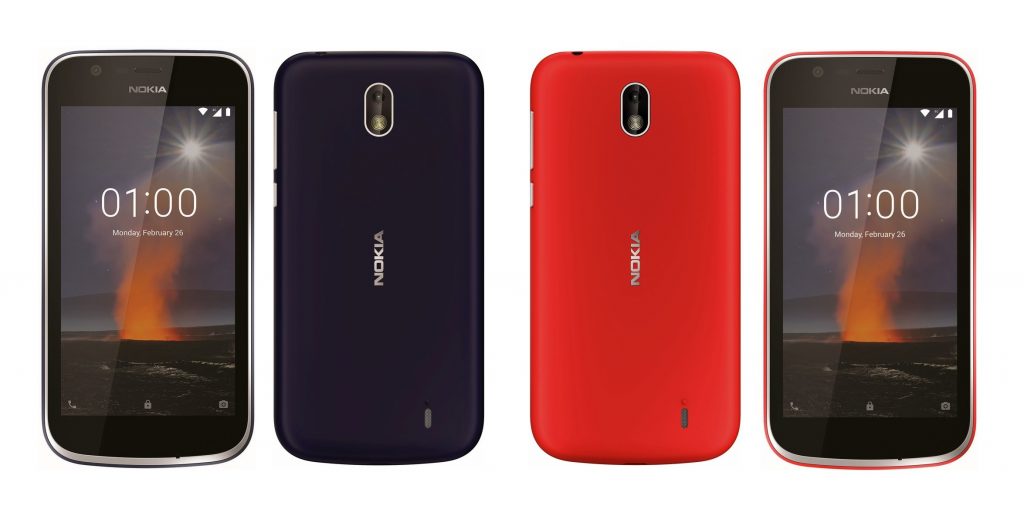 Google introduced Android Go on last year’s Google I/O. At MWC we saw quite a few launches of the Android GO devices including one from Alcatel and ZTE. Nokia is big in the budget segment so they have introduced Nokia 1 with Android Go as well. Android Go OS is aimed at truly budget smartphones for developing nations where data packs are expensive and connectivity is poor. In such, Go apps will truly revolutionize how people will connect with the world.

The phone sports a 4.5-inch display with 480p resolution. Design-wise, the phone has a curved rounded body with a soft touch removable polycarbonate back. Nokia is going all in with different colors and funky patterns on the back which they termed as “Xpress-on covers.” It is IP52 drip proof. 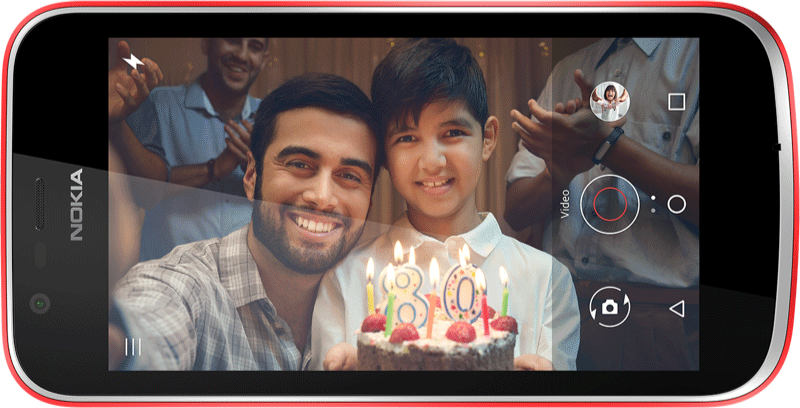 It packs a 5MP rear camera and 2MP front-facing camera. Powering Nokia 1 is MT6737M Quad Core 1.1GHz processor coupled with 1GB of RAM. It offers 8GB of storage with the option for expandability up to 128GB via microSD.

Paramount Electronics, the official distributor of Nokia phones in Nepal have stated that all of these new launches will be landing in Nepal on 2nd Quarter of 2018.