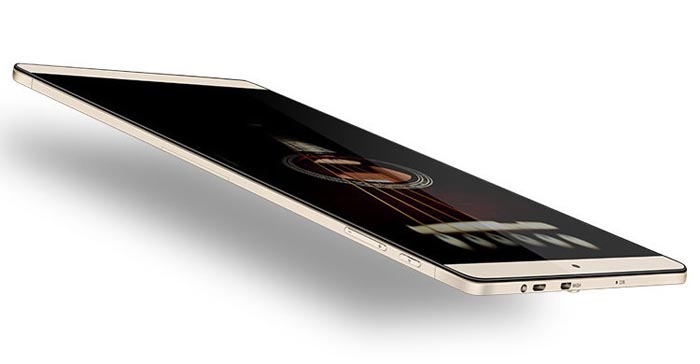 Following the recent trend of Tablet PC which sports both Windows and Android as an Operating System, we found such another great tablet which features an IPS Retina Screen this time around. Having a Retina Display means there are so many pixels packed together that it is indistinguishable to a human eye, which means basically higher than 300pixels. This Tablet PC is from a Chinese manufacturer called Onda and the product is named as V919 Air.

Onda V919 Air comes with a 9.7 inch (2048 x 1536) IPS Retina Display which is pretty good to fulfill your multimedia needs like while watching movies, playing games, browsing the internet or do other work related stuff. You can even play 4K videos on this display. If you are interested in reading books on a handheld device this can be used as a pretty great Ebook reader, as texts look really sharp on a Retina Display. Further, you can attach a keyboard to the tablet and use it as a complete PC with the included Windows 10.

Having a 9.7inch display doesn’t make it any heavier, it weighs just mere 450grams  even with the unibody metal construct, making it a portable tablet to carry around. Also with its HDMI port, you can connect your table to TV screens, monitors or projectors.

Under the hood is the Intel Z3735F 64bit Quad Core 1.83GHz CPU which is powerful enough to handle your basic day to day tasks on a normal Windows or Android Platform. For multitasking, it has got 2GB of DDR3 RAM and 32GB of onboard storage which can be further expandable up to 128GB. Onda V919 Air is powered by a massive 7200mAH battery which can last up to 5 hours or more on a back to back video playback. Like most of the Table PC’s, it sports a decent 2MP Camera on front and the Back which we aren’t complaining about the price of just $137.

Tablet PC has fascinated us as it runs on both Windows and Android. This time around Onda V919 Air is running on Windows 10 along with Android 4.4 Kitkat. This Tablet PC is a complete package, you have the productivity side of Windows and fun side of Andriod on the same device.

If you want to get your hands on one of these compatible Tablet PC, you can place your order on Everbuying. They accept payment methods such as PayPal, Wire Transfer, as well as the Western Union. Note that; you have to pay for shipping fees and import taxes, wherever applicable.