After a lot of rumors and speculations, OnePlus finally confirmed that another flagship smartphone is on the way. The Chinese smartphone company confirmed via its official social media handles that the next device will be OnePlus 8T. It will be the third device in the OnePlus 8 series. Let’s learn more about the rumors, leaks, specs of the upcoming OnePlus 8T.

Thanks to renders by a well-known tipster, OnLeaks, we now have an idea how the third member of the OnePlus 8 series will look like. The front of the device looks similar to the OnePlus 8 Pro. The leaked render suggests that the OnePlus 8T will sport a punch-hole display with a diagonal length of 6.5-inch. Like the other two devices in the series, the display here will be an AMOLED panel and will support a 120Hz refresh rate. 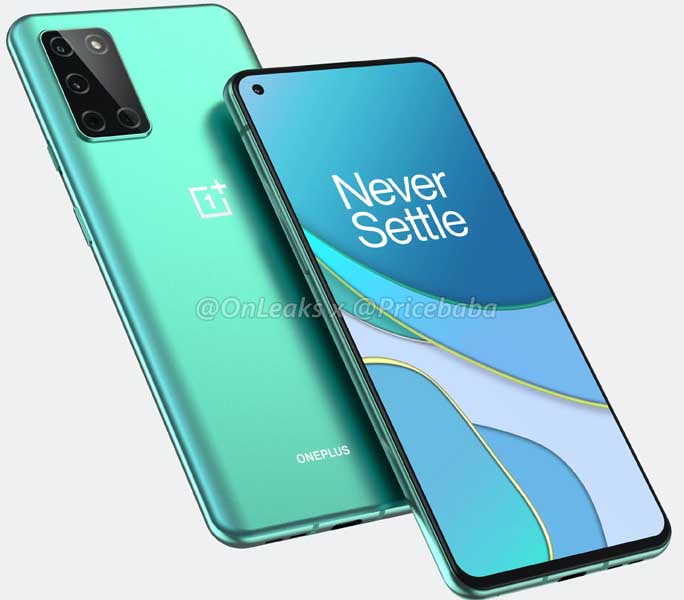 At the back, OnePlus has gone with a rectangular camera module. The shape and the position of the module make it look like the one Samsung uses in its premium smartphones; kinda like the one on Galaxy S20+.

In terms of performance, the OnePlus 8T will feature Snapdragon 865 chipset. Qualcomm will bundle the chipset with Snapdragon X55 modem, so the support for 5G connectivity is guaranteed. However, given the existence of the slightly more powerful Snapdragon 865+, the decision to go for SD 865 feels a little unsettling. The device will be available in two memory configurations. The base variant will have 8GB RAM paired with 128GB whereas the top-of-the-line variant bumps the RAM and internal storage to 12GB and 256GB, respectively. 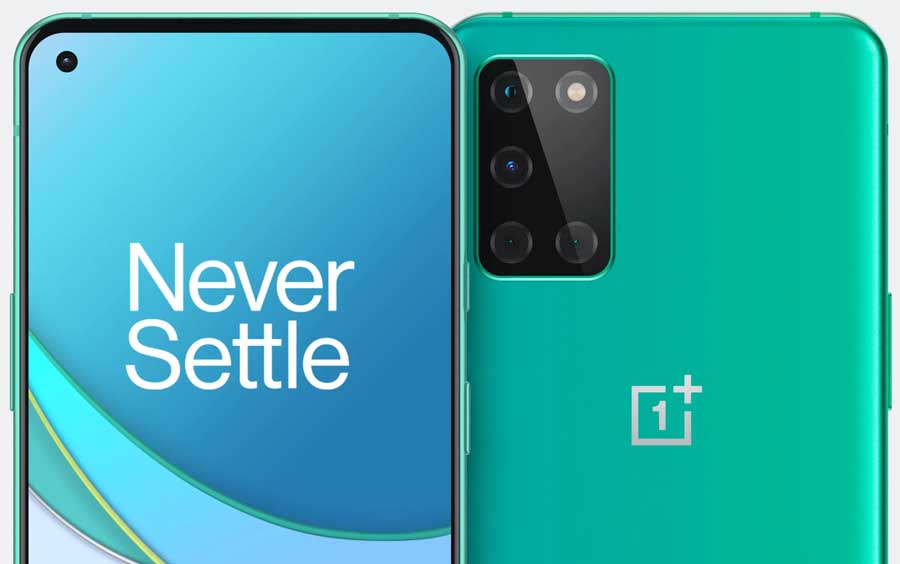 OnePlus 8T will flaunt a quad-camera setup with a 48MP primary camera. The primary camera will support both OIS and EIS stabilization for video recording. It will be accompanied by a 16MP ultra-wide camera with a 119-degree Field of View. The setup will also include a 5MP macro camera and depth sensor of 2MP. The single circular cut-out on the front of the device will enclose a 32MP sensor.

The whole setup will be backed by a 4,500mAh battery. OnePlus 8T is also reported to support 65W fast charging – which is a big leap from the company’s 30W Warp Charge 30T. It will be the first device to come shipped with OxygenOS 11 based on Android 11 out-of-the-box. Other feature includes 5G connectivity (SA/NSA), 4G, Wi-Fi 6, and Bluetooth 5.1.

Both OnePlus India and Amazon India already have a dedicated page for OnePlus 8T up on their site. According to MySmartPrice, the company will unveil the OnePlus 8T via an online event on 14th October.