Oppo has just unveiled its latest budget device in the Nepali Market. The new Oppo A15s is a slight improvement over the A15 that was launched last month in Nepal. To be more precise, it features more storage and has an improved selfie camera. Let’s learn more about the Oppo A15s including its specs, features, official price, and availability in Nepal.

Budget offerings from Oppo are not known for their internal specs and such is the case with this one. The main selling point of the A15s is its look and design. It lags behind competitors like Redmi 9 Power when it comes to specs and raw performance.

Here, Oppo A15s features a 6.52-inch LCD Panel with a waterdrop notch. The screen-to-body ratio is listed at 88.7%. The phone has an HD+ resolution of 1600 x 720 pixels. The typical brightness of the screen is 480 nits and the phone has an AI Brightness feature that can automatically adjust brightness by learning your preferences. 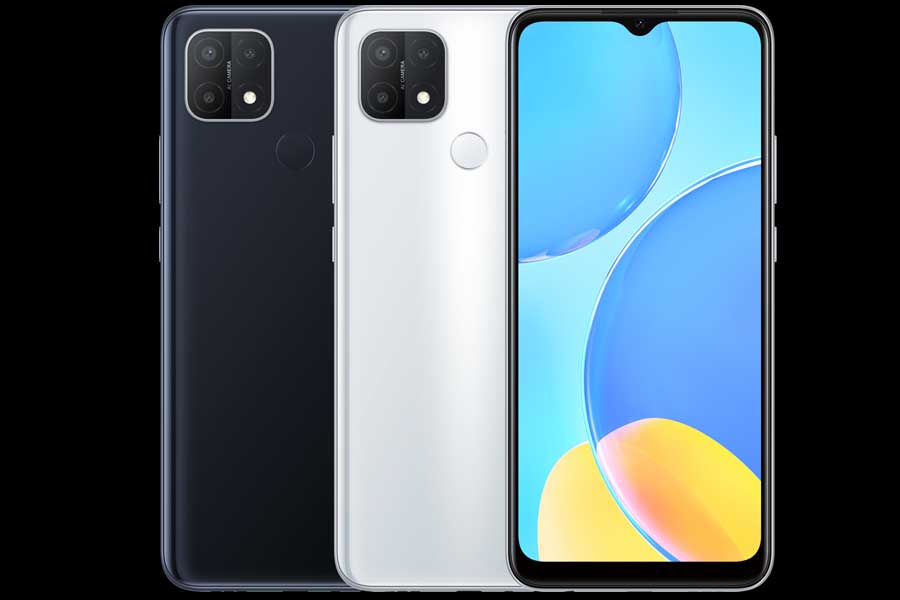 At the back, there is a left-aligned camera bump for the triple camera setup. You also get a rear-mounted fingerprint scanner. The 3D back panel is available in two color options – Fancy White and Dynamic Black.

Under the hood, the phone packs in MediaTek Helio P35 with eight Arm Cortex-A53 cores clocking to up to 2.3 GHz. The Hyper Boost 2.1 technology tries to improve the gaming experience and touch responsiveness. Still, the Helio G series with HyperEngine tech would have been much appreciated at this price point.

Putting that aside, the phone features 4GB of RAM and 64GB of internal storage. To recall, the standard Oppo A15 comes in a 3/32GB configuration. There is also a dedicated MicroSD card that users can use to expand external storage up to 256GB.

Oppo A15s has three cameras at the back and one on the front. The rear camera setup consists of a 13MP main camera. It’s a 5P lens and has an aperture of f/2.2. It’s accompanied by a 2MP macro lens and a depth sensor. Both the sensor have an f/2.4 aperture. On the front, there is an 8MP selfie camera with an f/2.0 aperture. It’s an improvement over the 5MP selfie shooter in the Oppo A15.

The phone packs in a 4,230mAh battery and there is support for 10W charging. Unfortunately, Oppo has still opted for a MicroUSB port instead of a Type-C port. The phone supports dual-band Wi-Fi, Bluetooth 5.0, and OTG. A15s hips with Android 10 out-of-the-box.

Oppo A15s is now available in Nepal with a price tag of NPR 21,990 for the 4/64GB variant. You can buy Oppo A15s in Nepal from different Oppo authorized retail stores across the country.