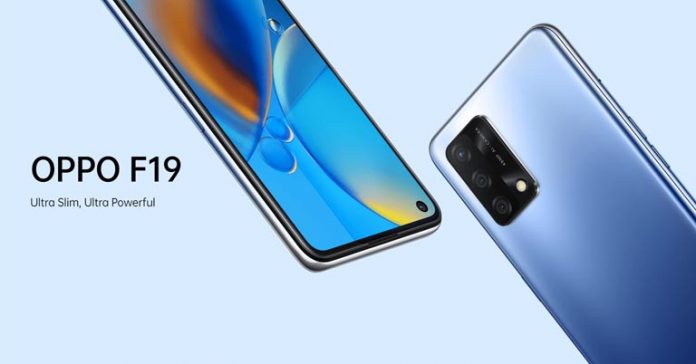 Oppo launched the F19 Pro with MediaTek Helio P95 and a quad-camera setup about a month ago in Nepal. During its launch event, the company announced that it’ll be bringing the standard Oppo F19 as well. And now, a couple of weeks after its India debut, the phone has made its way to Nepal. Let’s learn more about the Oppo F19 including its specs, features, official price, and availability in Nepal.

Starting with the design, the device has a triple-camera module and a glossy finish at the back. The handset is available in two color configurations – Prism Black and Midnight Blue. Furthermore, it weighs about 175 grams and has a thickness of about 7.95 mm. 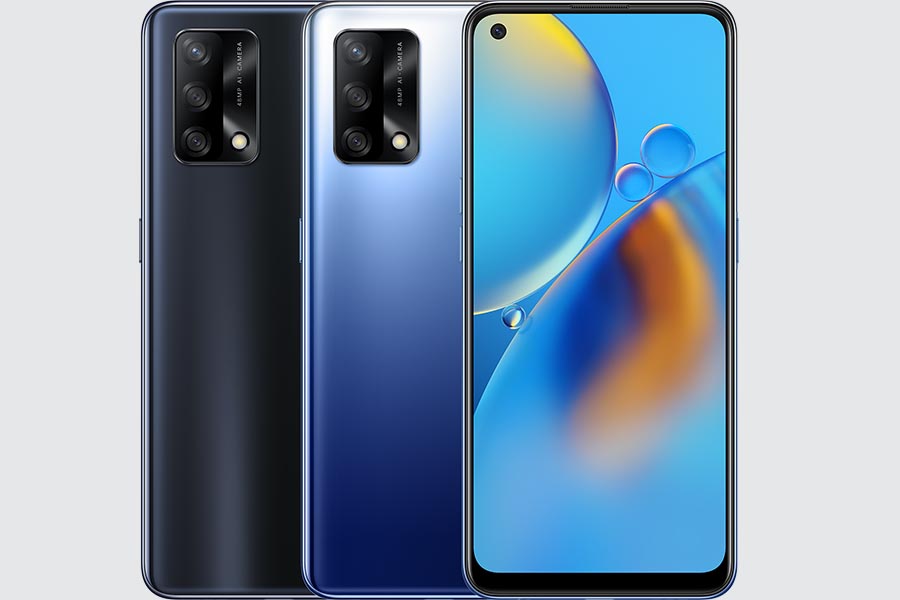 In terms of display, Oppo F19 features a 6.43-inch AMOLED screen with a maximum brightness of 800 nits and a resolution of 2400 x 1080 pixels. Like how its Pro sibling doesn’t feature a higher refresh rate, the Oppo F19 comes with a standard 60Hz display as well. However, you do get a 135Hz touch sampling rate which can be increased to 180Hz in the Game Mode. Oppo says this display covers 100% of sRGB and 92% DCI-P3 color gamut.

Powering the phone is Qualcomm’s Snapdragon 662 processor which can be found in phones almost half its price like the Redmi 9 Power. So, as you’d imagine, this 11nm chipset isn’t very powerful.

It supports dual-band Wi-Fi and utilizes Bluetooth version 5.0 for seamless connectivity. On the software front, the phone runs on the latest Android 11 on top of Oppo’s ColorOS 11.1. The device is available on a single memory configuration with 6GB of LPDDR4X SDRAM and 128GB internal storage. You can expand the storage via a micro SD card that has a dedicated slot in the SIM tray.

On the front, it has a 16MP punch-hole selfie camera aligned at the top-left position. Likewise, the back of the phone houses a triple AI camera module with a 48MP f/1.7 primary sensor and two 2MP f/2.4 sensors for portrait and macro shots. With EIS video stabilization, the rear camera can capture 1080p footage at 30 frames per second. The front camera can record up to 1080p/720p videos at 30 frames per second too but it lacks stabilization. Oppo F19 has a dedicated night mode on both the front and rear cameras, as well as a slew of other features like Panorama, Portrait, and Time-lapse.

The phone is fueled by a 5000mAh battery that supports 33W Flash Charge technology. According to the company, Oppo F19 hits 54% in just 30 minutes. It also supports AI Night Charge that slows the charging speed overnight to avoid overcharging. 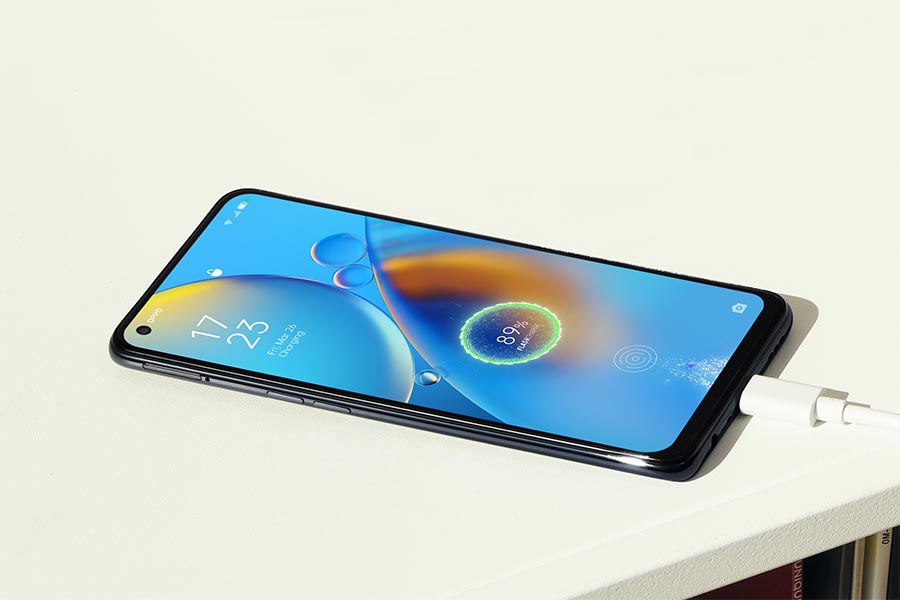 Oppo F19 also has an in-display fingerprint scanner and a dedicated face unlock for authentication. Furthermore, you also get a pair of earphones with the phone that connects to the 3.5mm headphone jack.

Razer Blade 14 is the ultimate portable gaming laptop with Ryzen...