Panasonic has just released its latest digital mirrorless camera. The new LUMIX GH5 II is a high-performance video camera targeted at content creators. It is more of an iterative revision and the company has already confirmed that GH6 will come out later this year too. Here, we will be taking a look at the key features and expected price of Panasonic LUMIX GH5 II in Nepal.

The company has used the same 20.3MP Digital Live MOS sensor on the GH5 II like its predecessor. However, it now comes with an Anti-Reflective coating that reduces ghosting and flare. It is paired with a new Venus Engine image processor. 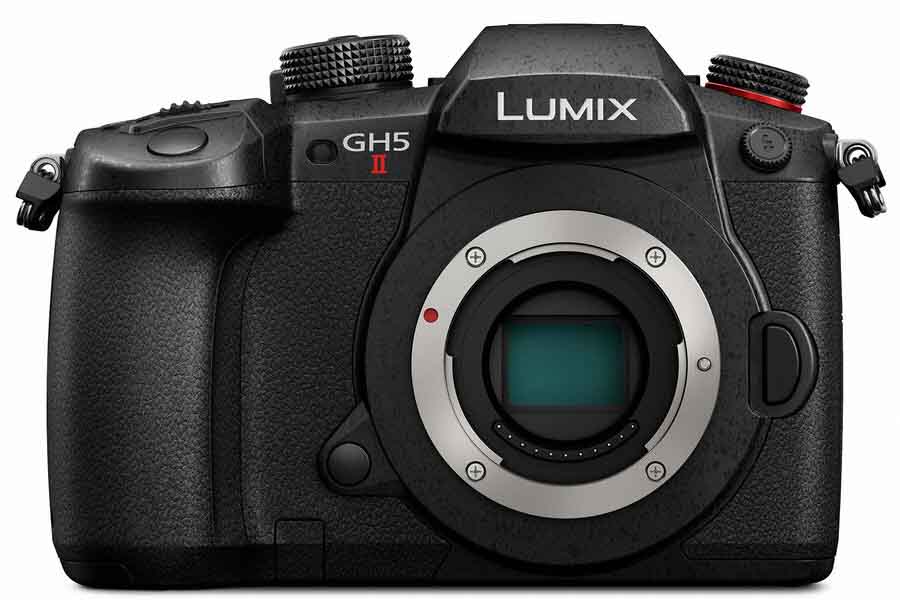 As opposed to its predecessor, V-Log L comes pre-installed on GH5 II, thereby eliminating the need to purchase it separately. This allows the users to match the color tone of the recorded videos with S1H/S1 and GH5/GH5S. There are two Cinelike Gamma presets in the Photo Style – D2 and V2.

There have been improvements in the Auto-Focus department as well. Panasonic has implemented a deep learning algorithm for subject detection. Together with the processor, it can detect the eye, face, head, and body of a human subject separately in real-time.

The detection of the eye and face is twice as fast here compared to GH5. Also, GH5 II can detect them even if they are half the size of what GH5 can capture.

Yet, the LCD screen has shrunk in size. It now has a diagonal length of 3.0-inch instead of 3.5-inch on the GH5. But the new free-angle panel has a higher resolution (1804K dot) and is superior to its predecessor—both in terms of color accuracy and outdoor visibility.

Another highlight here is the ability to live stream wirelessly for smartphones by following H.264 compression in RTMP/RTMPS protocol. One can even opt for a wired live stream using LUMIX Webcam Software. The company will also be enabling IP streaming in the future through firmware updates.

LUMIX GH5 II brings a USB-C port with support for PD charging. The rest has remained pretty much the same. The body of the camera is similar but now comes with some red accents and rearranged buttons.

Panasonic LUMIX GH6, which is set to launch later this year, will be another flagship camera. It will come with a new Micro Four Thirds sensor and the Venus Engine image processor.