Home Panasonic Panasonic Lumix S5 brags the goodies of the S1 in a compact... 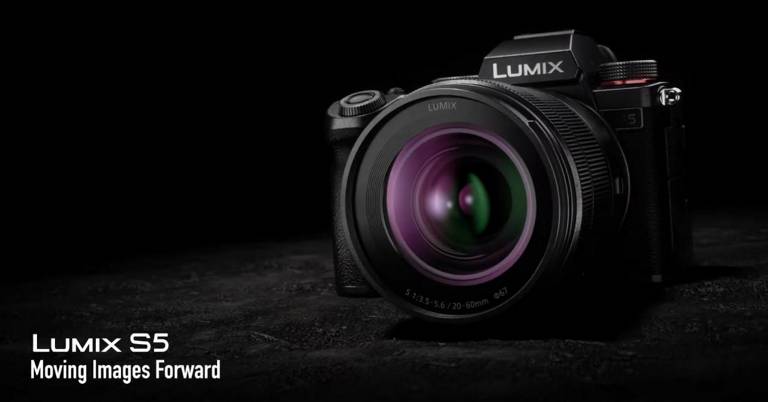 In an online launch event held yesterday, Panasonic unveiled the 4th entry in its LUMIX S series of full-frame mirrorless cameras – the DC-S5. It is the first of its kind from Panasonic in a compact form factor. According to the company, it is designed for both photo & videography. Let’s find out more about the Panasonic Lumix S5 including its features, specs, expected price & availability in Nepal.

At just 714gm (including memory card & battery), the Lumix S5 is way more comfortable to hold than its bulkier S1 or S1H sibling – both of which weigh well over 1,000 grams. It has a die-cast magnesium alloy body with weather sealing (dust/splash resistance), so concerns about durability are out of the question. This camera is also equipped to handle temperatures of up to 40°C or 104°F which is thanks to the built-in heat dissipation. It is especially impressive when you consider S5’s compact form factor. 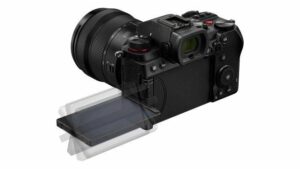 Lumix S5 has a 2.36m-dot OLED EVF (Electronic ViewFinder) with up to 0.74x magnification. Here, the 1.84m-dot LCD panel is of free-angle allowing users to tilt the screen to an angle of their choosing. It measures 3.0-inches and supports touch control as well. On the left side, you’ll find the dual memory card slots. Unfortunately, only one of them is the supports UHS-II card while the other accepts the slower UHS-I memory cards.

It also has a dedicated 3.5mm microphone and headphone jack. Lumix S5’s 2200mAh battery charges via a USB Type-C (USB 3.1) cable and it also features a Type-D Micro HDMI connection for external monitoring/recording. In terms of wireless connectivity, this camera supports dual-band WiFi (2.4/5GHz) and Bluetooth v4.2 (BLE). However, Panasonic says the faster 5GHz connection isn’t available in every region.

The image sensor on the Lumix S5 is the same 24.2MP full-frame CMOS sensor as found in much more expensive Lumix S1. And just like that, it uses contrast AF (AutoFocus) with DFD (Depth From Defocus) system instead of Phase Detection AF (PDAF) found in competing products from companies like Sony. Because of the slow nature of contrast AF, the Lumix S5 isn’t the most ideal option for high-paced scenarios like sports photography.

Panasonic says this design choice is in favor of better image quality. The new AF system has 225 AF areas and 0.08s AF acquisition time where the sensor & lens communicate at speeds of up to 480fps. The company says it has improved facial recognition using deep learning technology and it can lock focus & track human head, face, body, and even animals. Lumix S5 delivers great AF performance in low-light scenarios, all the way down to -6 EV.

In terms of videos, it maxes out on 4K recordings at 60fps at 4:2:0 10-bit under APS-C or 30fps at 4:2:2 10-bit using full sensor area. Here, the 10-bit videos are limited to 30 minutes of continuous recording whereas 4K/30p 4:2:0 8-bit videos have no recording limit. This is done specifically to prevent heat buildup within the chassis. However, using Atomos Ninja V HDMI recorder, the Lumix S5 can also output 5.9K RAW video at up to 30fps. It offers 14+ stops dynamic range with V-Log & V-Gamut space based on Varicam color science. You can also shoot HDR videos under the HLG profile on Lumix S5 at 4K resolution.

Getting to sensitivity, this camera caps out at ISO 51,200 (or 204800 extended ISO) for photos. It also supports dual native ISOs of 640 and 4000 for reducing noise by extending the dynamic range. There’s also a “Slow & Quick Motion” recording that can shoot FHD videos at up to 150 – 180fps or up to 60fps in 4K resolution with some significant cropping. 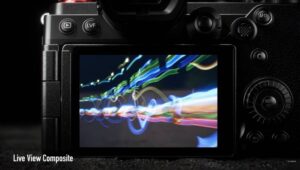 Moving on to still images, the Lumix S5 can also capture 96MP images on top of 24MP shots; thanks to the IBIS (In-Body Image Stabilization) – in both JPEG and RAW format. Here, the IBIS takes 8x consecutive images all shifted slightly which are then combined into a single high-res image.

Talking about stabilization, it has a 5-axis Body IS with 5 stops and lens OIS up to 6.5 stops. Lumix S5 has the latest Venus Engine image processor. The “Live View Composite” feature where the shutter releases at different intervals of exposure. It then merges the bright part of the shot into a single image. You also get 4K and 6K photo modes. The latter is extracted from a 30fps video (18MP frame).