The battle between Sony’s a7 series and Canon’s EOS R lineup will be the one to watch. Sony is all set to release the new a7S III and a 24-70mm lens at the end of this month. Understandably, Canon was not gonna lay still. Thus, we’ve finally got the new Canon EOS R lineup. This lineup contains two superb cameras in the form of Canon EOS R5 and EOS R6. Let’s take a look at the specs, features, availability, and expected price in Nepal of the new Canon EOS R5 and R6.

The EOS R5 and R6 are most probably the best mirrorless cameras in the market right now. However, most buyers are not going to purchase both of them. Because each has its own preferences and necessities. So, let’s look at how these cameras differ from each other. And maybe by the end of this article, you’ll be able to choose between either the R5 or the R6.

Let’s first start with some of the similarities between Canon’s latest full-frame mirrorless cameras. They both share some core features. For instance, they both have in-body image stabilization and support charging via a USB source. Other than that they also have an improved LP-E6NH battery which is of 14% more capacity.

Both these sensors are of flagship level. Canon claims that the one in the R5 is the highest-resolving sensor it has ever made. That means it is capable of delivering details higher than that of the 50.6MP Canon EOS 5DS/R. It is all thanks to the newly redesigned low-pass filter. The R6 does not have the filter, though it is still capable of somewhat similar performance.

Depending upon what your needs are, you can choose the one that best suits you. For the best details, my advice would be that you choose the R5. However, for everyday use, I guess the R6 is much better.

Sports photographers usually require the best performance in terms of burst shooting. Both the cameras can shoot up to 12 frames per sec with a mechanical shutter and up to 20 frames using the electronic shutter. However, due to their sensors being of different resolution, the buffer depth in each camera is different.

There are plenty of autofocus capabilities that both R5 and R6 have in common. They both have the new Dual Pixel CMOS AF II phase detect technology and Deep Learning AF technology. Similarly, both of them have Animal AF tracking too. Both can cover 100% horizontally and vertically with face tracking and auto selection. Furthermore, they offer 100% horizontal and 90% vertical coverage in manual selection. 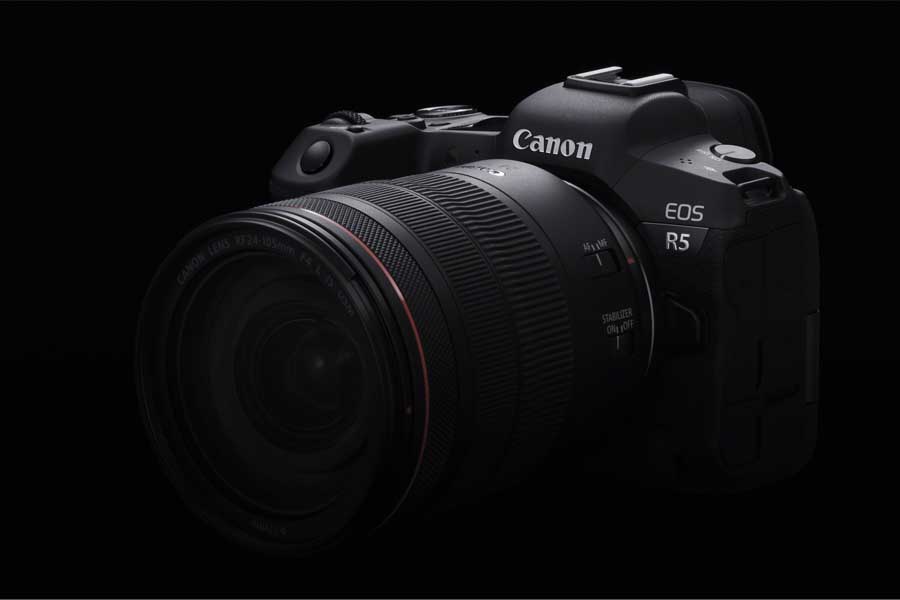 The Canon EOS R6 does not offer 8K recording, but it does not disappoint either. It can take oversampled 5.1K videos to produce 4K UHD videos. It can shoot Canon Log footages at up to 59.9fps and FHD videos at up to 119.88fps.

This is the first time that a non-cinema camera from Canon gets the zebra functionality. It helps to show overexposed areas with a striped pattern. And both, R5 and R6, get this functionality.

Both the cameras support 2.4GHz Wi-Fi and Bluetooth 4.2. However, the R5 supports 5GHz Wi-Fi too. Furthermore, the R5 also supports SFTP networking and ethernet connection. In terms of the physical connections, both R5 and R6 pretty much have similar connections. They come with a USB-C port, micro HDMI port, and mic and headphone port. R6 has an E3 remote terminal whereas the R6 has an N3 remote terminal.