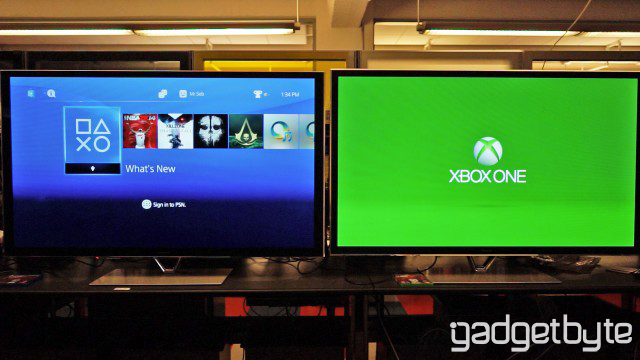 The battle between the Xbox One and Sony Play Station 4 will decide the future of home gaming. But choosing which to buy is easier said than done. At launch, the Xbox One was significantly more expensive than the PS4. It was down to the Xbox One’s inclusion of the Kinect sensor, a separate and fairly advanced piece of motion tracking hardware. However, that’s starting to change. WHICH SHOULD YOU BUY?

PS4 and Xbox One have similar hardware specs, but PlayStation 4′s hardware has more power behind it. Third party games work much better on the PS4. For eg. Call of Duty will only run at a native 720p resolution on Xbox One, but at a full 1080p on PS4.So if you’re looking for the absolute prettiest graphics for your massive TV, buy a PS4. However, Xbox one is better known for FULL package Entertainment system.Xbox one is more of an Entertainment system and PS4 is more of a gaming console.

Playstations are officially sold by Nepa Hima Tradeline via Sony stores. It is located in Kantipath, Labim Mall (2nd floor), and Jawlakhel.

As far as Xbox is concerned, there’s no authorized importer in Nepal, but one can buy from various laptop stores in Kathmandu valley.