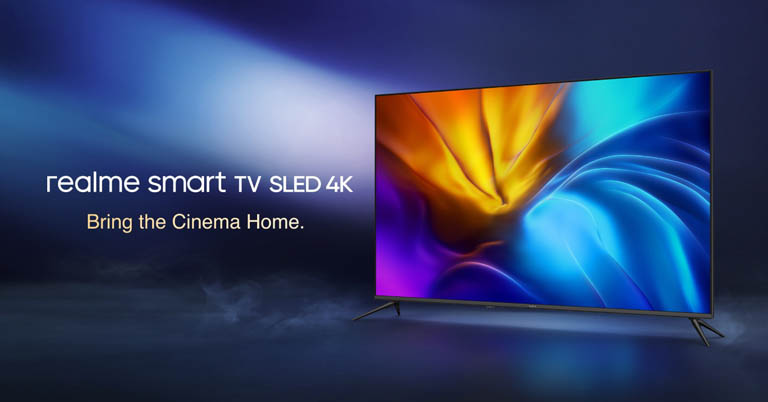 Earlier this year, Realme jumped into the smart TV business with the Realme Smart TV. The company has now launched its second smart TV during the “Leap To Next Gen” event. Realme Smart TV SLED is the world’s first SLED TV, a technology that Realme developed to overcome the limitation of LCD technology. Let’s learn more about the new Realme TV SLED Smart TV, along with its specifications, features, expected price, and availability in Nepal.

The highlight of the new Realme Smart TV is the debut of SLED technology. It is the result of a collaboration between Realme and John Rooymans of SPD technology. Realme says that the new SLED technology offers a better natural viewing experience compared to traditional LCD because of its backlight technology. Most of the LCD uses a white backlight which is then transferred to RGB filters for the desired color. QLED uses blue backlight which the quantum dots turns into white.

In contrast, a SLED panel uses individual Red, Green, and Blue LEDs which is later turned into white. Realme says this new setup causes less harm to our eyes and is able to represent colors better.

Realme Smart TV SLED 4K sports a 55-inch panel. It is enclosed by metal frames. Thanks to the 9.5mm slim bezels, Realme is boasting the screen-to-body ratio of Realme Smart TV SLED 4K to be around 94.6%. The SLED panel covers 108% of the NTSC color gamut, which is the highest ever in a Realme product. The TV has TUV Rheinland certification for low blue light. 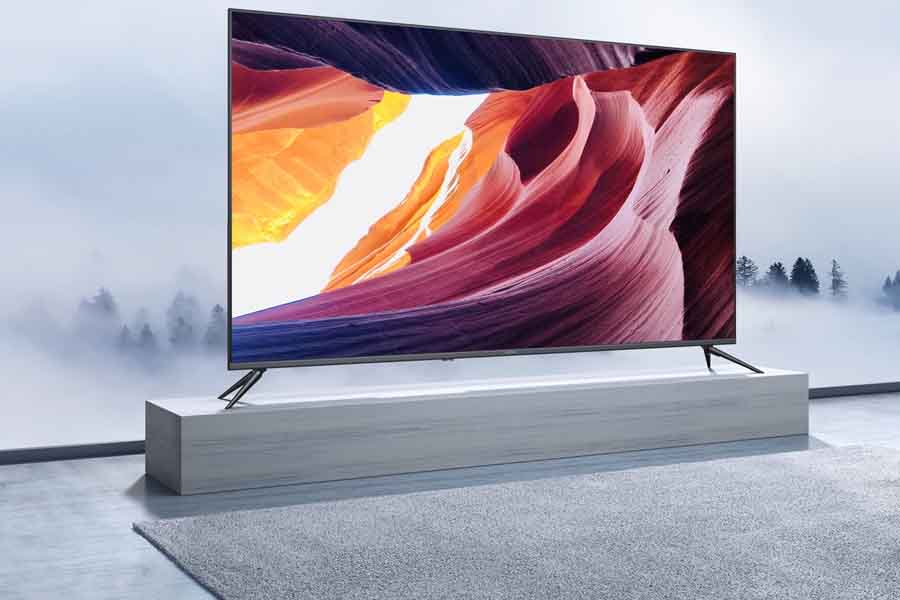 This TV is powered by a quad-core MediaTek processor with four Cortex A55 cores clocked up to 1.2GHz. It is backed by Mali 470 MP3 GPU. Realme SLED TV 4K comes with 1.5GB of RAM and 16GB of internal storage and is a certified Android TV as well. Thus, it supports both Google Assistant and Chromecast.

The audio system on the Realme Smart TV SLED 4K features a quad stereo speaker with two dynamic full-range speakers, each paired with a tweeter. Collectively, they produce an output of 24W. The TV is among the four smart hubs listed in Realme’s 1+4+N product strategy. Thus, users can control and manage Realme AIoT devices.

As far as the connectivity goes, the Realme Smart TV SLED 4K supports dual-band Wi-Fi connection and Bluetooth 5.0 transmission. Realme has included a wide range of ports as well. 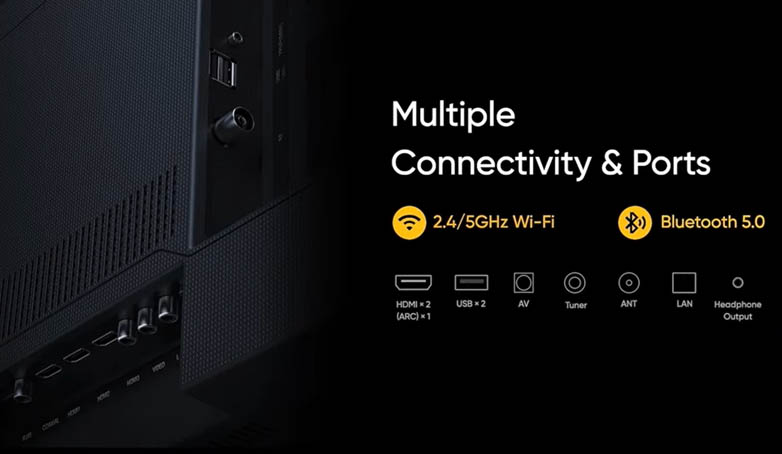 Realme Smart TV SLED 4K will go on sale starting from October 16 with a price tag of INR 39,999 in India. We can expect the price of Realme Smart SLED TV 4K in Nepal to be around NPR 70,000 if the company decides to launch it here.