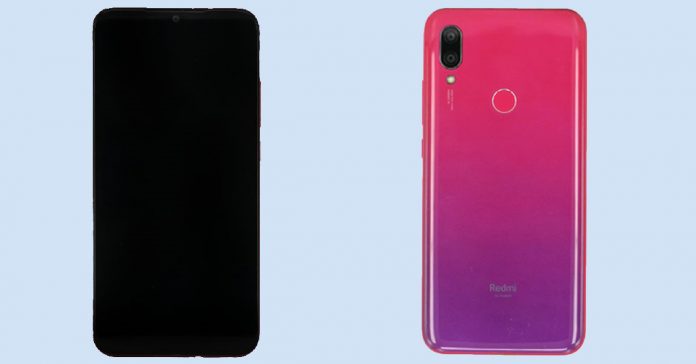 Xiaomi’s Redmi lineup already has a highly sought after phone – the Redmi Note 7 Pro. And while that phone already launched in the Indian market, it is yet to release in China. Chinese launch is confirmed on March 18, and the phone could pack some other surprises. But, besides Redmi Note 7 and Redmi Note 7 Pro, the Chinese market will also see a Redmi 7.

Wait…what? It’s confusing, all right. The name games Xiaomi plays are a lot to take in. But while the Redmi Note lineup is for the mid-range segment, the Redmi focuses on budget. And the Redmi 7 is to be the successor to Redmi 6. And there are already rumors surrounding the upcoming device in TENAA and Weibo. 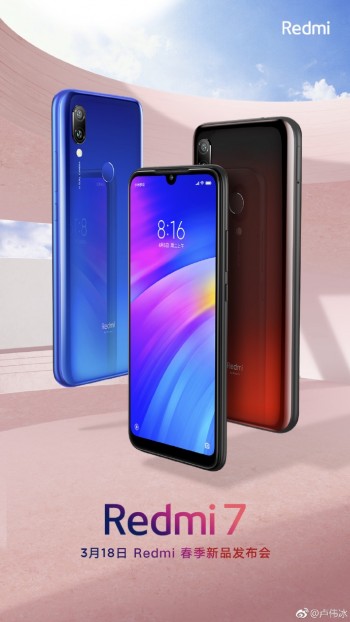 According to the rumors, the Redmi 7 will have a 6.26″ display with HD+ resolution. It will sport the trendy water-drop notch on the screen as well. The notch will house an 8 MP selfie camera. As for the rear cameras, it will have a dual camera setup with a 12 MP primary camera and 5 MP depth sensor. Underneath, it features a fingerprint sensor as well.

Inside, the phone will be powered by a Snapdragon 632 processor, which is for budget phones through and through. As for the RAM, however, you will get three variants, along with the internal storage. There are 2/16 GB, 3/32 GB, and 4/64 GB options available. It will also house a good sized 3900 mAh battery. In addition, the phone will be running on MIUI 10 based on Android Pie.

As for availability, the phone will start being available in China in plenty of color options. Pricing is said to start at about CNY 900, or about $134. International availability is not disclosed yet.