Earlier this month, Qualcomm introduced its latest flagship processor – the Snapdragon 888 SoC. And it looks like it’s Samsung’s turn to unveil its premium SoC. Yesterday, Samsung Exynos thanked its fans via a tweet. The message was paired with a YouTube video titled Thank You (Trailer). This could be a hint for the launch of the much-anticipated Exynos 2100 SoC. Keep reading to learn more about Samsung Exynos 2100 SoC including its launch date.

As mentioned earlier, the official Twitter handle of Samsung Exynos uploaded a video to thank its fans. It has been mentioned in the video that Samsung has created something small for its fans who have been supporting it through this tough year. This year has been tough for everyone because of the outbreak of COVID-19.

But there is more to it. Throughout this year, Samsung’s Exynos chipset has faced harsh criticism from fans and enthusiasts alike. Numerous tests conducted between Exynos 990 and Snapdragon 865 showed the former was behind its rival in almost every aspect. Thus, through this video, Samsung Exynos team are apologizing for all the shortcoming of the company’s recent chips. 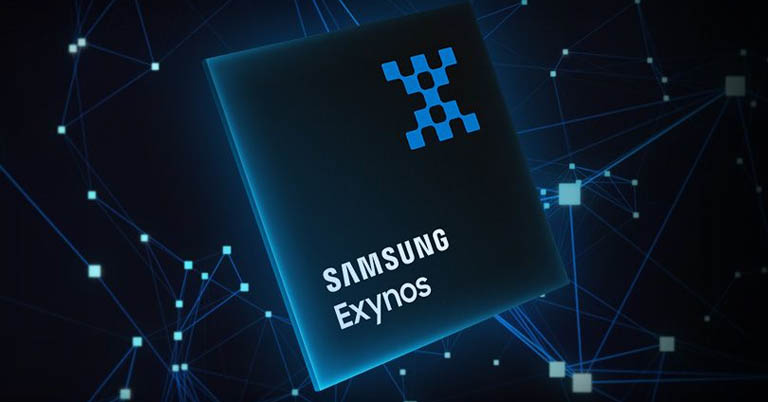 The animated video shows a rather depressed-looking cartoon character going through stuff at his house until he finds something of interest. It is only at the end that the character is shown smiling, after making the discovery. Samsung Exynos may be hinting that the upcoming SoC will re-ignite interest in our products.

Throughout this year, several sources have claimed that Exynos 2100 will be as capable as its Snapdragon counterpart. We also saw different leaked benchmark tests showing close competition. Still, all these tests were conducted on prototype models. And as Ice Universe puts it – Geekbench results are not usually accurate before the official release. He rather encourages comparison based on the architecture.

The Exynos 2100 is expected to be based on Samsung’s 5nm process on which its rival SD 888 is also based on. Like the SD 888, it will have a three-tier core architecture with Cortex X1 as a prime core, three Cortex A78 cores for performance, and three Cortex A55 cores for efficiency. However, the cores on the Exynos 2100 will have a higher clock speed. The comparison graph below was published before the announcement of SD 888. 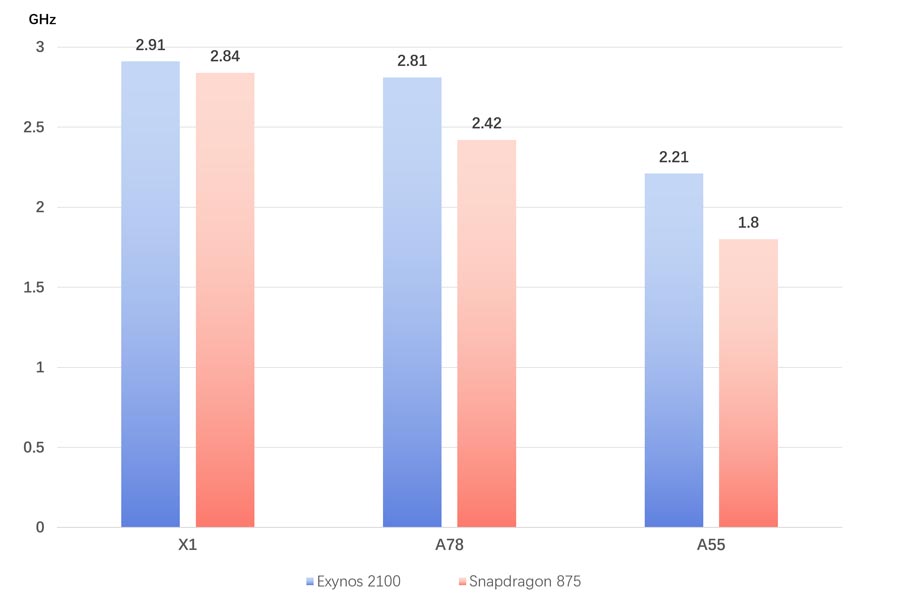 If the date in the description is any clue, Samsung will unveil the Exynos 2100 on 15th December. Samsung Galaxy S21 series powered by Exynos 2100 is most likely to launch in January 2021.