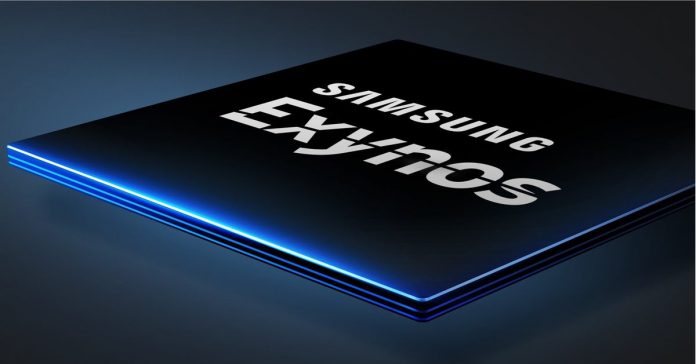 We are just hours away from the Galaxy Unpacked event. The event will mark the launch of the Galaxy Note 10 and Galaxy Note 10+. However, the chipset that will supposedly power these new devices has already been unveiled. Samsung unveiled it’s the new Exynos 9825 chipset ahead of its mega event. The Exynos 9825 is Samsung’s first-ever 7nm EUV mobile chipset.

The previous devices such as the Galaxy S10 series used the Exynos 9820, an 8nm processor. Thus, the biggest difference here is the smaller node size. Switching to a smaller node brings along an improvement in performance and power efficiency.

The Exynos 9825 is not the first 7nm processor in the tech world. It, however, is the first one to use EUV processing. The Extreme Ultraviolet Lithography (EUV) helps in developing better processor. According to Samsung, the EUV allows them to use extreme ultraviolet wavelengths to print finer circuits. This results in the processor being much more power-efficient.

The new #Exynos9825. Power evolved for the next generation of mobile. Learn more: https://t.co/djI7vCrxXm #NextGenPower pic.twitter.com/pRX1qUWpXu

Basically, the Exynos 9825, is an octa-core processor. It has two 4th gen custom CPUs paired with two Cortex-A75 and four Cortex-A55 cores. So, it seems that the configuration is pretty much similar to its predecessor, the Exynos 9820. Furthermore, this chipset integrates the same GPU. It uses the ARM Mali-G76 MP12 GPU. It supports 8K 30fps or 4K UHD 150fps encoding and decoding.

In addition to all these, it also integrates NPU for tasks such as AI assistance in photography. Moreover, it supports USF 3.0 and UFS 2.1 storage along with LPDDR4X RAM. It has a built-in 4G-LTE modem. However, the Exynos Modem 5100 can be paired with it for 5G.

The CPU cores and GPU on Exynos 9825 might disappoint many as it is similar to its predecessor. However, Samsung has partnered with AMD to develop its first mobile GPU. Thus, we may see a new Exynos processor soon with an improved CPU core and a brand new GPU.