Huawei is a very well-established smartphone brand in Nepal and has been in operation since 2014. Since then, the company has launched numerous smartphones in the country and is primarily focused on selling their phones via offline stores. Hence, the price of Huawei mobile in Nepal keeps on changing due to the occasional deals and special offers. In this article, we have listed out all the latest Huawei smartphones in Nepal that are currently available in 2020.

Back in 2019, Huawei was the second-largest smartphone brand in Nepal in terms of sales volume. However, due to the company’s enlistment in the “Entity List” by Trump Administration. And since then, Huawei has dipped greatly in markets outside of China. The trade ban has had its effect in our country too, as Huawei now has less than 5% market share in Nepal.

After the US ban, Huawei is now focusing on its in-house HMS, which is an alternative to Google’s GMS. As the ban effectively restricts the company from incorporating any US-owned product into its smartphones, the Chinese giant has had a difficult time persuading app developers and general customers into its ecosystem of products. Huawei also launched its own Harmony OS as retaliation against Android. But as of now, that’s limited to Smart TVs only with the company openly admitting that Harmony OS is just not ready for the market yet. Hence, the majority of Huawei phones launched in 2020 don’t have Google apps like Gmail, YouTube, etc.

Huawei Y5p is the cheapest phone on this list. It features a 5.45-inch TFT LCD panel with a resolution of 1440 x 720. Not to forget, the traditional bezels around the screen. It houses the 5MP selfie camera. The device is powered by the Helio P22 chipset. It comes with 2GB of RAM and 32GB of internal storage. 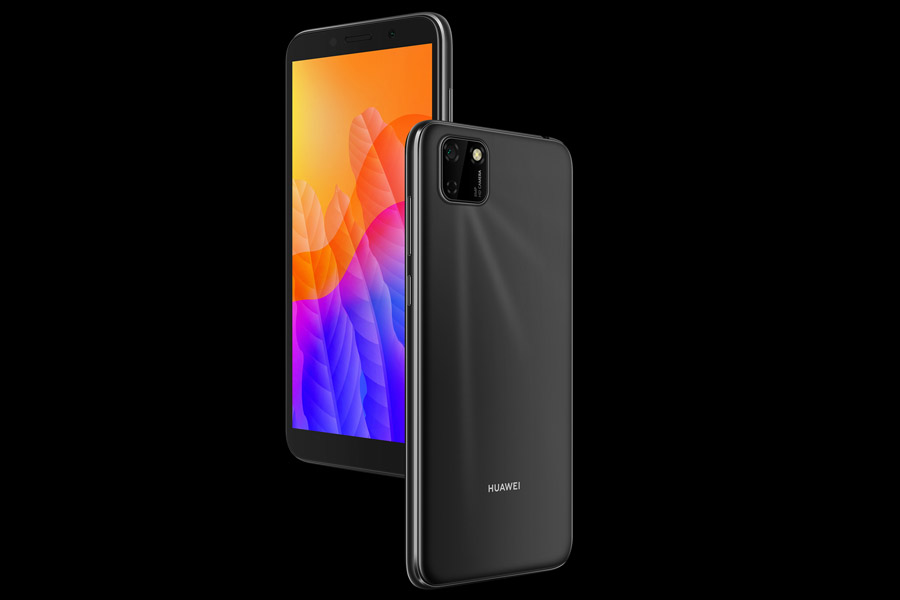 The device has a single camera setup on the back that consists of an 8MP camera. It is placed inside a square camera bump along with an LED flash. The device features a decent 3020mAh battery. It does not support GMS and hence features Huawei Mobile Services instead.

The Huawei Y6s is the latest budget phone and the successor of the Huawei Y6 Pro. As compared to its predecessor, it comes with a better chipset and double the storage. You also get a rear-mounted fingerprint sensor in here. Other specs are identical to the Y6 Pro. 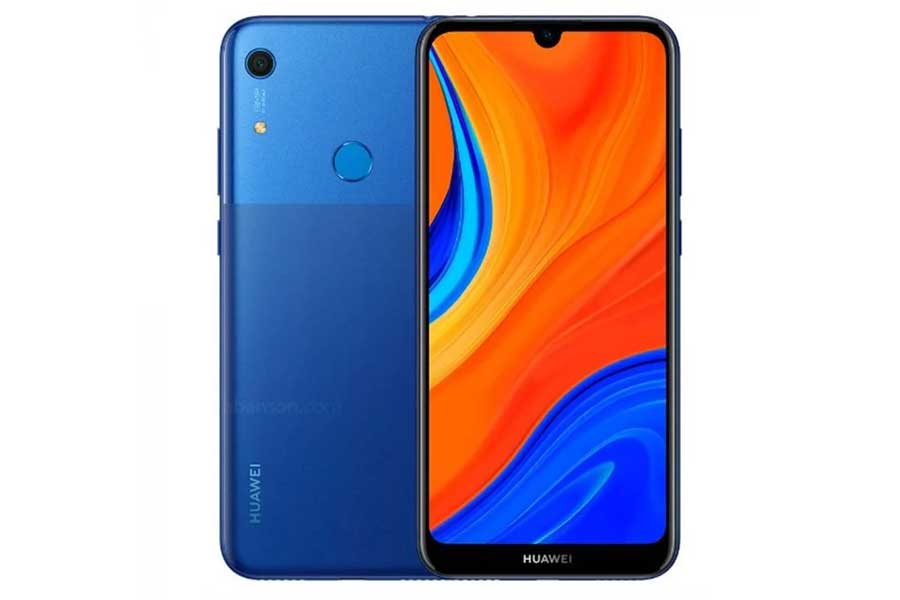 Huawei Y6p sports a 6.3-inch IPS LCD panel with an HD+ resolution of 720 x 1600 pixels. The dewdrop notch houses the 8MP selfie camera. The device is powered by the Helio P22 chipset. Users get 4GB of RAM and 64GB of internal storage on the Y6p. The device ships with EMUI 10.1 based on Android 10. Unfortunately, it does not support Google Mobile Services. 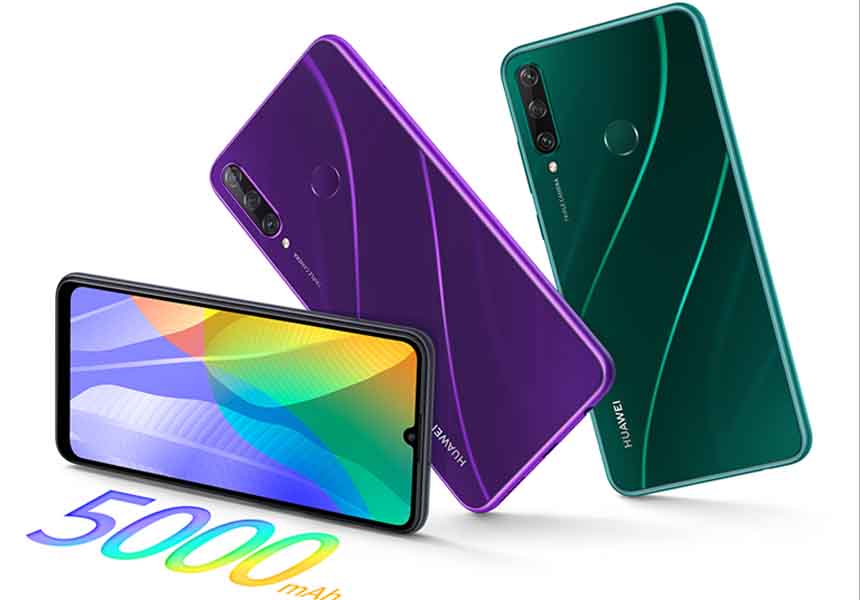 The triple camera setup on the rear panel consists of a 13MP primary camera paired with a 5MP ultra-wide-angle camera and a 2MP depths sensor. There is a 5,00mAh with support for 10W charging. However, the port used here is a micro USB port. Other notable features of the device include wireless FM and Party Mode.

The Huawei Y7p is the midrange phone from Huawei in 2020 and is considered the successor of the Y7 Pro. Priced just below Rs. 25,000 in Nepal, the Y7p is rather overpriced and underpowered for the features it offers. First, you get an HD+ IPS display, whereas its competitors are offering FullHD+ IPS and even AMOLED panel. 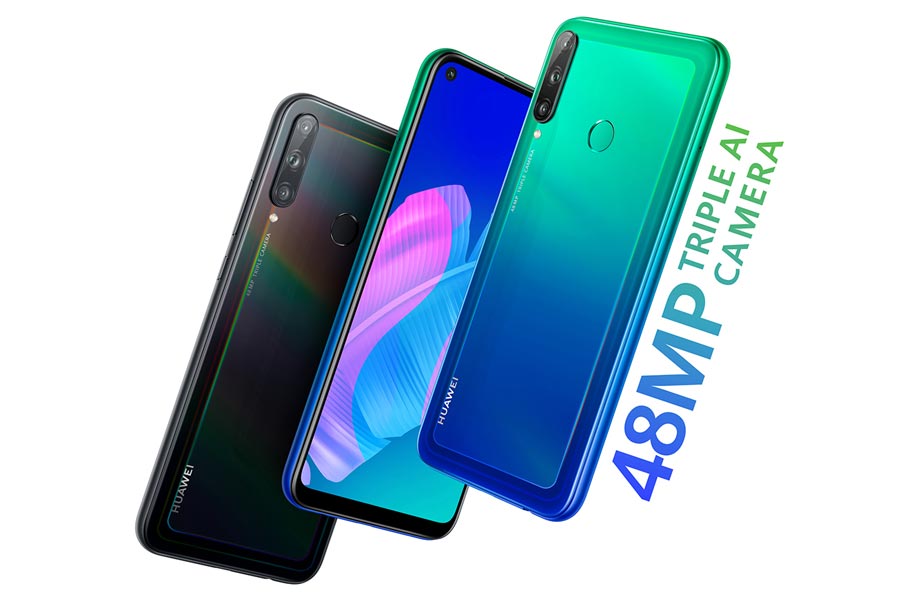 Similarly, the performance is just average. It’s running an outdated Kirin 710F chipset along with a modest of 4GB RAM and 64GB internal storage. There’s a triple 48MP rear camera alongside an 8MP front camera. It does feature a sizeable 4000mAh battery, but it lacks any kind of fast charging and uses a micro-USB port. So, if you are thinking of buying a good mobile phone under Rs. 25,000 in Nepal, you should skip the Huawei Y7P.

Huawei Y8p is the latest mid-range device from the company. It sports a 6.3-inch OLED panel with a resolution of 2400 x 1080 pixels. The dewdrop notch encloses the 16MP front camera. Huawei claims screen to body ratio of 90.17%. The fingerprint sensor also sits under the screen. The device is powered by Kirin 710F, which we saw in the Honor 9X (International Edition). The device features 4GB of RAM paired with 128GB of internal storage. 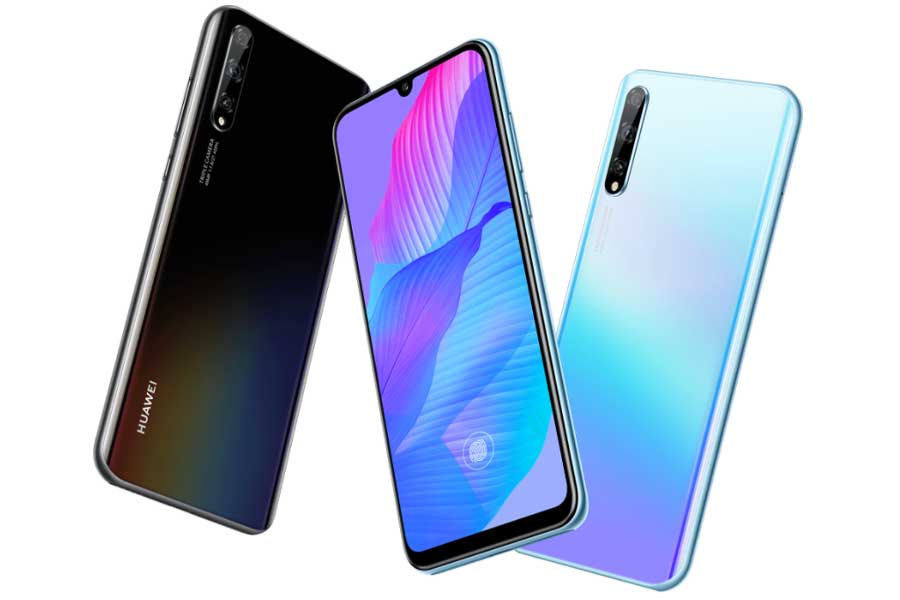 On the back, Y8p flaunts 48MP primary camera with a SuperSpectrum sensor and an aperture of f/1.87. It is accompanied by an 8MP ultra-wide-angle camera and a 2MP depth sensor. The device has a 4,00mAH and supports 10W charging. The phone does not support Google Mobile Services, which the company has replaced with Huawei Mobile Services.

The Huawei Y9s is the successor of the Huawei Y9 Prime 2019. Compared to its predecessor, the Y9s looks and feels premium. It comes with a full view display, thanks to its pop-up selfie camera and thinner bezels. Powering the device is a Kirin 710F and 6GB of RAM. You get a sizeable 4000mAh battery, however, you can’t fast charge the phone. 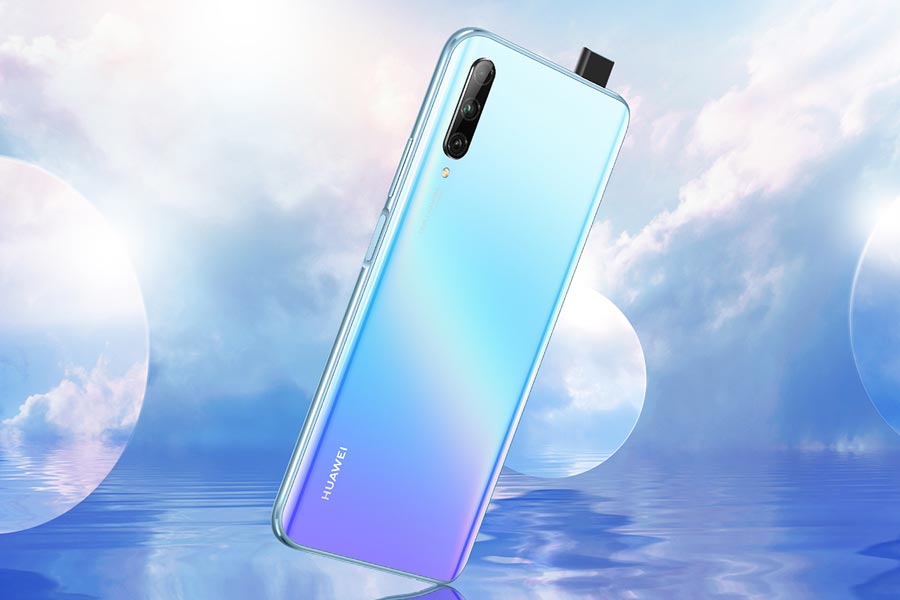 The Huawei Y9s also has a 48MP triple camera setup, which is an upgrade over the Y9 Prime. For selfies, you get a 16MP shooter. Similarly, you get a stylish gradient design along with a side-mounted fingerprint sensor.

Like Y9 Prime, the Y9s is also a mixed-bag. With cut through competition in the mid-range segment in Nepal, the Y9s feels little overpriced for the features it offers.

The P40 Pro is Huawei’s latest smartphone in Nepal. After the US ban, the Chinese tech giant was put on an entity list by the US government amidst a national security threat. The P40 Pro is one of the latest flagships with top of the line specs. It features a 6.5-inch AMOLED display, a 7nm Kirin 990 chipset, and a big 4200mAh battery. It also among the top chart in DXoMark smartphone camera ratings with its 50MP Quad camera setup. Although it runs on Android 10 with EMUI, you cannot run Google services like YouTube, Gmail, and Maps. Hence, buying a P40 Pro in Nepal makes very little sense, especially for the flagship price.