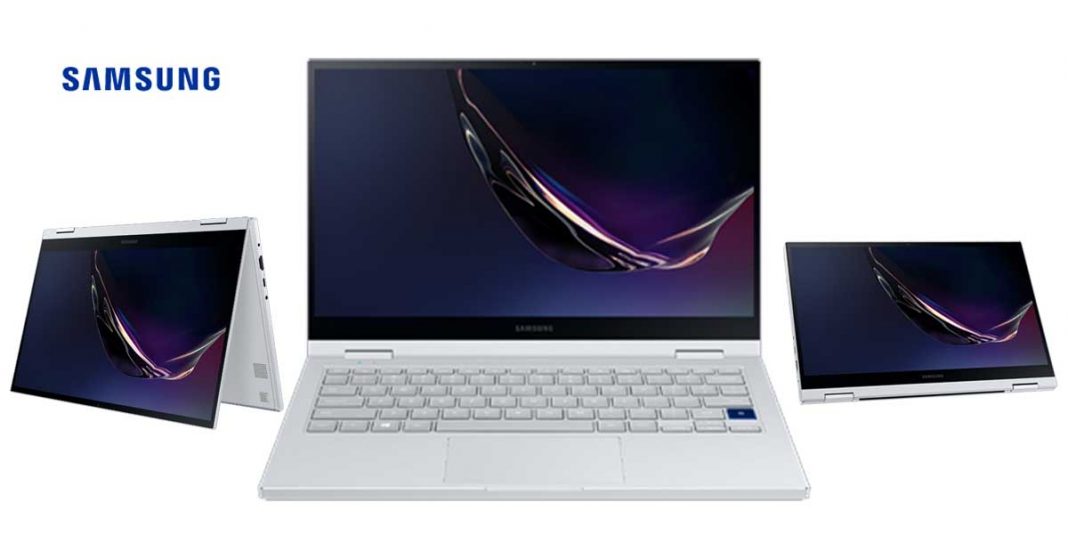 It will be powered by the 10th generation Intel Core processor. However, there is no information if it is going to be a Core i3 or i5 processor. The graphics will be handled by Intel UHD as there is no discrete graphics as in Galaxy Book Flex.

The processor will be backed by 8/12GB RAM. The RAM included here is based on LPDDR4 technology. You can choose between a 256GB or a 512GB SSD. The company claims that the 54Wh battery included in the laptop will provide up to 17.5 hours of battery life. It even supports fast charging through a Type-C port.

Talking about connectivity, the Galaxy Book Flex ‘Alpha’ supports Wi-Fi 6 802.11ax. A fingerprint scanner is included for biometrics. There are two Type-C ports along with a Type-C slot. It also features an HDMI port, a MicroSD slot, a 3.5mm jack, a pair of 1.5W speakers and a 720P HD camera.

Samsung will debut the Galaxy Book series with Galaxy Book Flex and Galaxy Book Ion. Samsung Galaxy Book Flex ‘Alpha‘ will be released a bit later than the two. However, it will make its way into the market within the first two quarters of 2020. It will come with a price tag of around $829.99(~ NPR 95,000). You will have to pay extra if you want to have an Active Pen stylus.