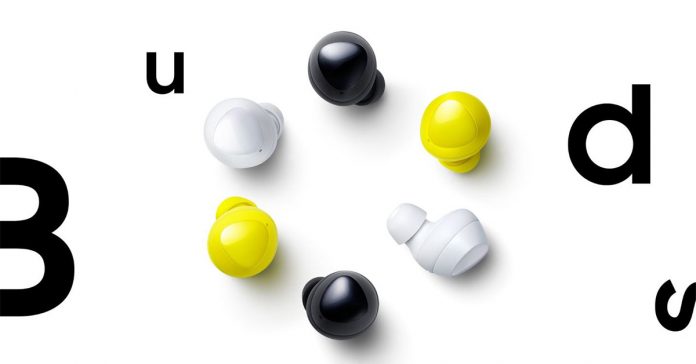 The event that gave us the S10 lineup also included a few other devices and one of them was the Samsung Galaxy Buds. These earbuds come with Bixby assistant, charge wirelessly, are tuned by AKG and come with noise filter. They also look a lot better and are cheaper than Apple’s AirPods. And yes, they can be charged through Samsung’s reverse wireless charging feature on the new S10 smartphones. This delivers 5W of charging, so the total time for the battery to from nill to full would be around 1 hour. Alternatively, the cases itself come with a USB-C port, so you can also do it the old fashion way.

Also Read: Samsung’s foldable phone is no more a tale!

The buds itself offer better quality sounds, with more focus on music experience rather than fitness. Personally tuned by AKG (the first wireless earphones from Samsung to be tuned by AKG), we are bound to expect more. Further aided by dual microphones for enhanced noise filter during calls. As with premium wireless earbuds, this one also comes with Bluetooth 5. Now, they will work with any Bluetooth enabled phone, but Samsung also says it will work seamlessly with non-Samsung wearables. Samsung also introduced “Connect Shift”, a between device connection feature to swap the earbuds between a watch and a phone.

Now the Bixby assistant lets go of the fitness-focused features on this one, but it still gets its fair share of Bixbyness. It’s on by default, let’s you control your phone through voice commands. Tasks like making calls, check the battery, send texts to name a few. But you do have the option to choose from whichever assistant fits you best. The buds get tap sensitive spots for input, although Samsung didn’t specify much on this part. The buds itself is 30% smaller than the Gear Icon X, and the case comes with an in-built battery that can later charge the buds. Color options include the usual Black and White, alongside a striking Yellow alternative.

Samsung is giving away Galaxy Buds to those who pre-order any one of the Galaxy S10 models until March 8. If you wanna buy it without spends on an S10, the earbuds will cost you $130. So, compared to AirPods, of which we are waiting for the second generation, the Samsung Galaxy Buds are cheaper, better and last longer.