Home CES 2021 Samsung’s new Galaxy Chromebook 2 is the first of its kind to... 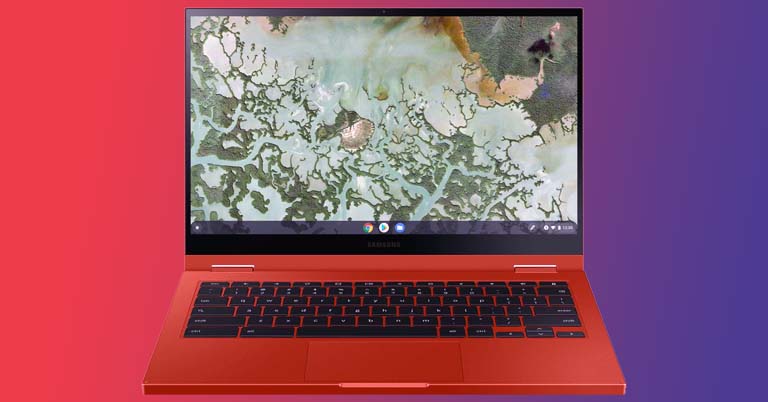 Earlier this year, Samsung announced the Galaxy Chromebook. It was a high-end notebook from the company that ran on Google’s Chrome OS. And now, Samsung has launched the Galaxy Chromebook 2 which is the first of its kind to come with a QLED display. Besides this, it bears a less powerful selection of processors and a slightly smaller battery.

Samsung has not opted for a major design overhaul in the second generation of its Chromebook. The Galaxy Chromebook 2 has an anodized aluminum build and has some minor differences in the design as its predecessor. For instance, it has made some changes to the port arrangement. It now features 2x USB-C, 1x microSD card reader, and 1x headphone-out/mic-in combo.

But the biggest downgrade that it brings in terms of port selection is that there is no built-in stylus here. While you can still use a USI (Universal Stylus Initiative) Pen for your creative needs, you’re gonna have to buy it separately.

Here, the biggest change can be seen on the display. While the first-gen Galaxy Chromebook features a 13.3″ 4K UHD AMOLED screen, the Chromebook 2 now comes with a 13.3″ FHD QLED panel instead. It still retains touchscreen functionality and thus is a 2-in-1 convertible device. 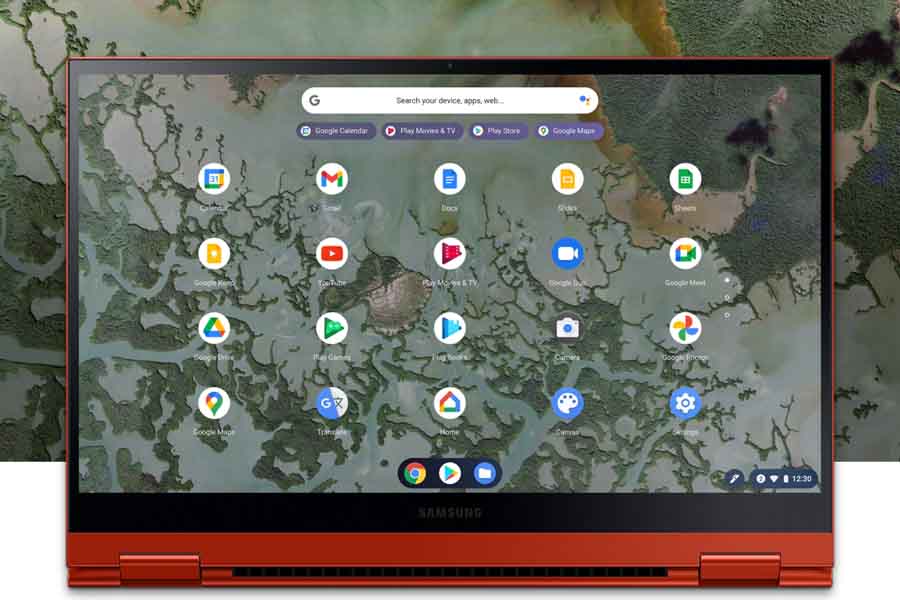 This shift to Samsung’s revered QLED panel found in the company’s high-end TVs is a double-edged sword seeing how an OLED panel still has a few upper hands in certain scenarios. Still, the toned-down resolution should result in a better battery endurance anyway.

Talking about the battery, Galaxy Chromebook 2 packs in a 45.5Wh battery which is slightly smaller than its predecessor that had a 49.2Wh cell. It still comes in the Fiesta Red and the Mercury Gray color options like the one before it, so that’s nice. Getting to performance, you can now choose between Intel Celeron 5205U or Core i3-10110U CPU. If you recall, the first Galaxy Chromebook boasted a beefier i5-10210U processor.

Here, depending upon the CPU configuration, you’ll get either 4 or 8GB of RAM and 64 or 128GB of internal storage. Both variants share Intel UHD graphics, by the way. Being a Chromebook, it runs on Google’s Chrome OS (duh). Other highlights of the device include a 720p 1MP webcam, stereo speakers, a Trusted Platform Module (TPM), a backlit keyboard, and WiFi 6 (Gig+) support.

Samsung Galaxy Chromebook 2 will be available from Q1 2021 for a starting price of $549.99. With this, the company is targetting budget Chromebook buyers like students, or other casual users seeing how the first-gen Galaxy Chromebook came with a ridiculous price-tag of $999.