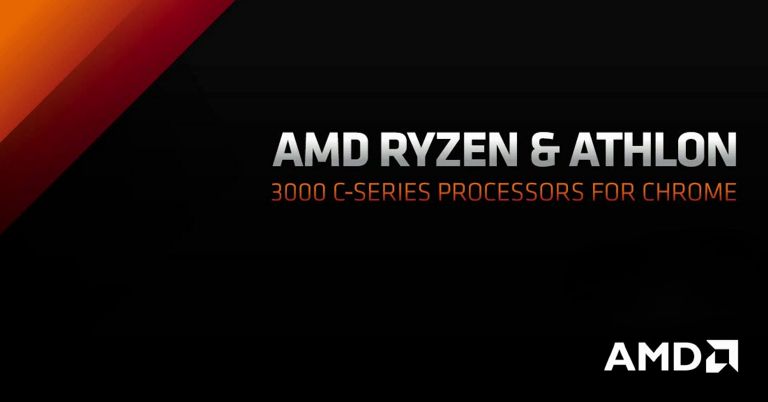 Since its introduction, AMD’s Zen architecture has changed the way things were in the desktop processor market. It is also being appreciated for its application in mobile processors for laptops. And now, the company is keen on taking over the Chromebook market as well. AMD has now brought the Zen architecture to the Chromebook market with its first AMD Ryzen mobile processor. Let’s learn more about the newly announced AMD Ryzen and Athlon 3000 C-series processors.

It is not the first time that AMD has launched a processor for Chromebooks. AMD entered this market last year with an announcement at CES 2019. Back then, the company launched the A-series processors. And now, AMD is keen to improve the performance of Chromebook with new Ryzen and Athlon 3000 C-series processors. The new processors are rated for 15W and support Wi-Fi 6 and Bluetooth 5 for connectivity.

The new Ryzen lineup for Chromebook features three APUs that are based on the 12nm process. The superior of the three is the AMD Ryzen 7 3700C. It has 4 cores and 8 threads. With the new 10-core AMD Radeon graphic, AMD is claiming up to 82% better graphics performance compared to the previous-gen AMD Chromebook processor. Similarly, the base and the boost clock speed are rated at 2.3GHz and 4.0GHz, respectively.

Completing the list is the Athlon C-series processor that consists of two processors – Gold 3150C and Silver 3050C. Both are based 14nm process and feature 2 cores. Gold 3150C has a better clock speed and more GPU count than the Silver 3050C.

HP will be the first laptop manufacturer to incorporate the new AMD 3000 C-series processors in the HP Pro C645. In addition to this, there are six other 3000C powered Chromebooks in works from HP, Lenovo, and Asus.