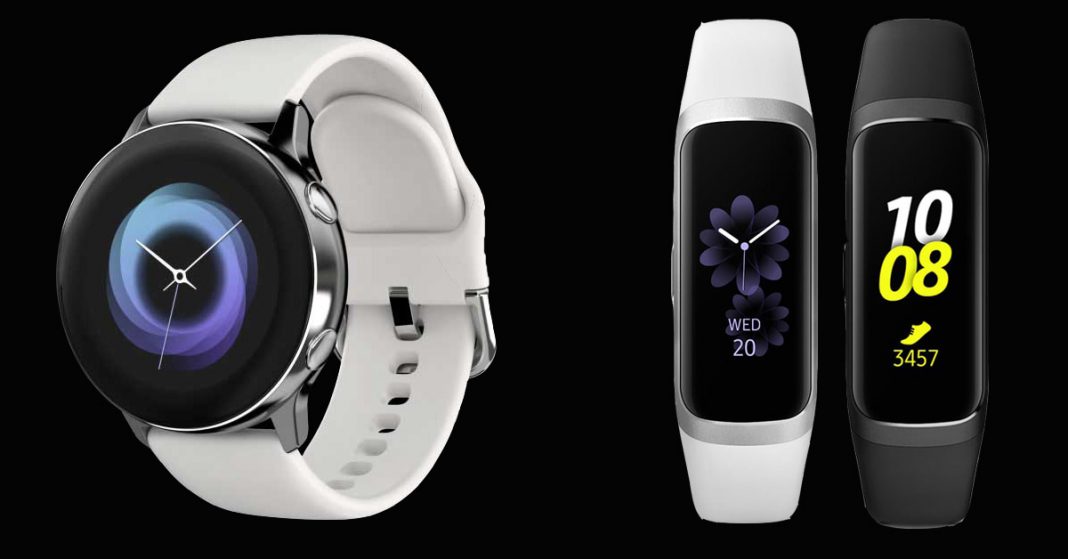 The Samsung Galaxy Watch Active comes in a smaller form factor at 40 mm. It is protected by Corning Gorilla Glass 3, so, it’s definitely meant for the active ones. It has IP68 Water and Dust Resistance and is water-proof up to 5 ATM or 50 meters. 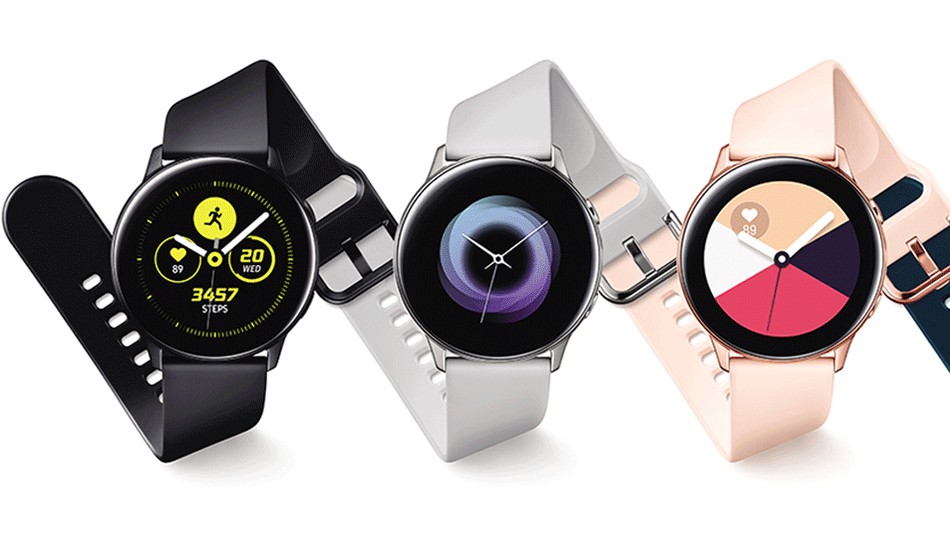 The most important feature on this one has to be the new Heart Rate Monitor, which can now, also measure your blood pressure. It also offers Sleep Tracking, Fitness Tracking, various exercises, and overall health tracking. This watch can also detect up to 6 workout activities automatically, which is nice. But users will be able to engage in about 39 activities on it. It will cost $199 when it launches on March 8th. This is more of a FitBit from Samsung rather than a smartwatch. It also has rectangular screens like a traditional Fitbit. The Galaxy Fit features a 0.95″ AMOLED touchscreen with 120 x 240 resolution. It runs on the Realtime OS and shares many fitness features with the Samsung Galaxy Active – like the automatic workout detection and heart rate monitor. However, this is built to be tougher – with STD 810G Military Grade durability certification. And this one is also 5 ATM water resistant. In addition, this also supports iOS.

There’s NFC connectivity as well and connects to your watch via BLE (Bluetooth Low Energy) as this one will have a smaller 120 mAh battery. Availability and pricing are not yet known for this.

This is nothing new, but a stripped down version of the Samsung Galaxy Fit. It comes with a smaller 0.74″ PMOLED (Passive Matrix OLED) display. It also packs a smaller 70 mAh battery and connects via BLE. Running on Real-time OS, too, the features in it are more or less the same as the Galaxy Fit too. Pricing on this one is also not known.