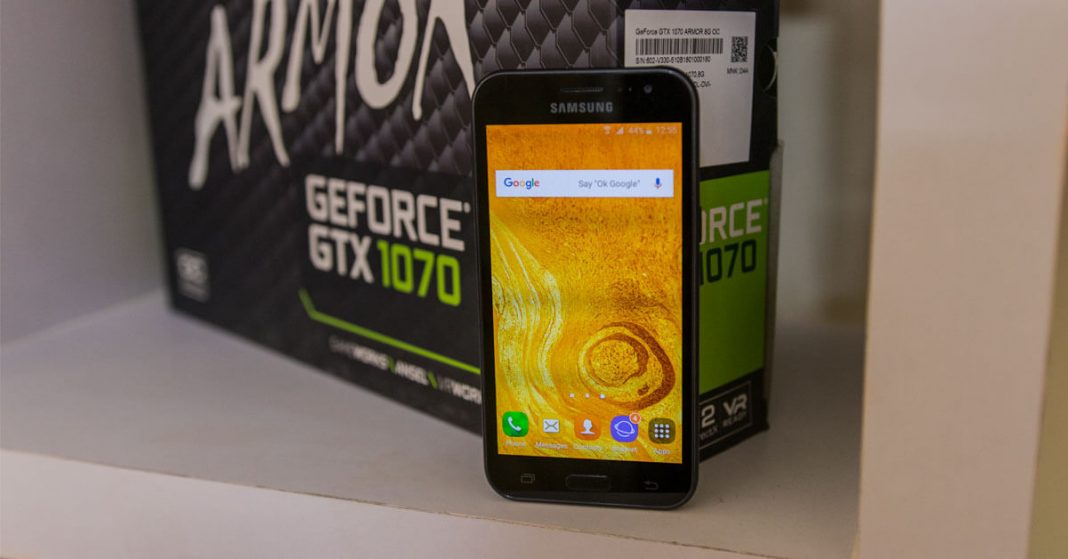 Over the past few years, the Samsung J series has released some really good smartphones. But in recent times, Chinese brands like Huawei, Xiaomi, and even Nepal’s own Colors Mobile have really stepped up their game.

In the middle of all this, Samsung has come up a new smartphone dubbed the Galaxy J2 4G. It shares the exact same hardware as the regular J2, but this time with 4G connectivity. With a price tag of Rs 11,390, let’s find out if it can compete with the rest of its competitors in the same price point.

The smartphone looks almost exactly the same as any other Galaxy J2 smartphone. Frankly speaking, the design language hasn’t changed much since the first Galaxy J2 back in 2015. It flaunts a plastic body with a removable back cover giving you access to the battery alongside two SIM slots and a Micro SD card slot. 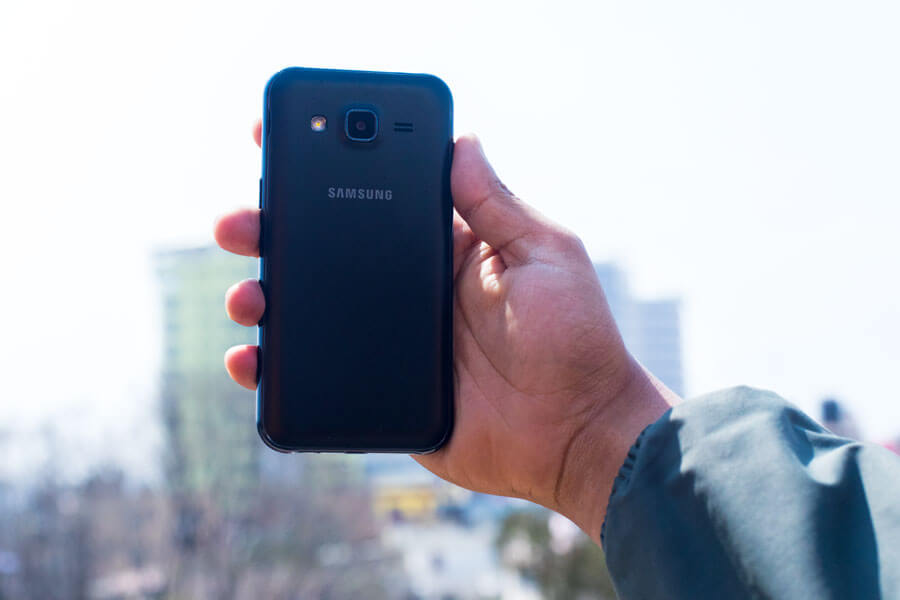 It’s a very simple looking smartphone with two captive touch buttons and a classic Samsung home button at the front. On the back lies the 5MP camera alongside the flash and a loudspeaker. On the left, you will find the volume buttons, and on the right the power button. The bottom holds the micro USB port and the headphone jack lies at the top.

I did manage to drop the phone several times, and it came off without any serious damage, apart from the few dents and scuffs. This is one of the best-built smartphones out there, among its competitors of course. It has a sturdy design, with very few creaks and squeaks and a very wholesome feel in hand.

Display shares the same story as the built of the device. The screen sizes in at 4.7 inches, which most people will find tiny and hard to use, especially with a resolution of 960*540 pixels. But frankly, it’s not half as bad, thanks to the AMOLED panel which produces good colors and an above average viewing experience. The problem is, the display is usable, but comparing it with other smartphones with the same or even cheaper prices, you usually get at-least an HD display, which is a must on a smartphone in 2018. Also, the 4.7-inch display will be a deal breaker for most, considering there are up to 5.5-inch display options as well.

This is where the smartphone starts to show off its quirks. For some unknown reason, the J2 4G edition runs on Android 5.1 Lollipop. It’s a relatively old version of Android for a smartphone launching in 2018. Nevertheless, you will not feel like you are missing out on something. You might feel traveling back in time having this outdated OS in its system. In addition, you should also have to tussle with the lags and sluggishness due to the lack of RAM and processing power of the phone. The UI itself lags a lot, with frequent shutters and reloading processes. It was a frustration when I failed to do anything slightly demanding with this smartphone. For the more basic users, who primarily use a phone to call and text, this phone will do just fine. 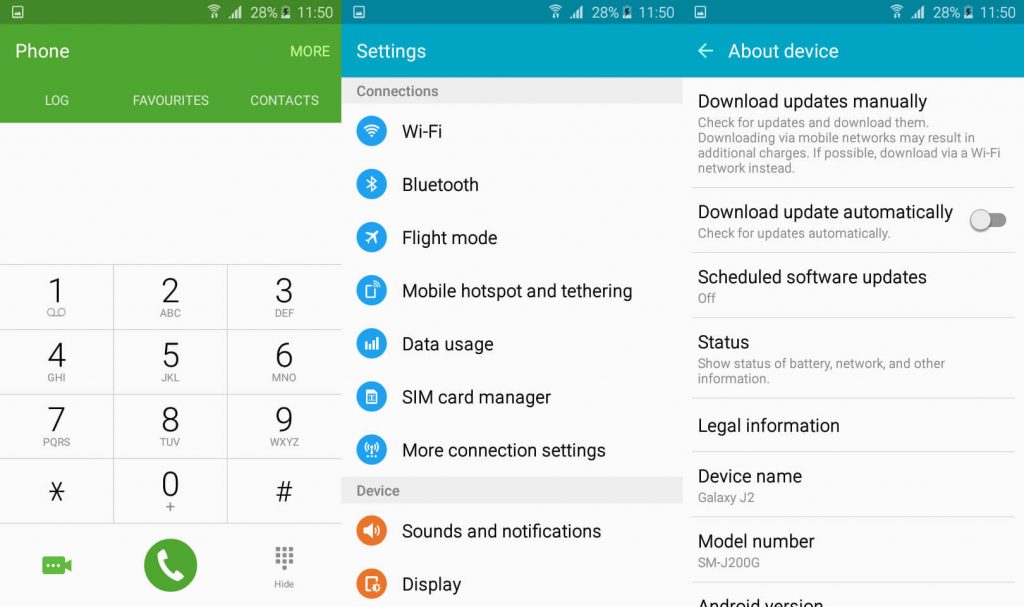 We can see that people eying a smartphone like the J2 won’t be bothered by which OS their smartphone is currently running. For the same reason, we didn’t let it bother us either. What does bother us is the lack of OS optimization which just makes the device pretty unusable and unpleasant.

Performance is not a strong suit for this smartphone, in fact, it’s one of the worst out there. It’s a budget smartphone that was meant to do the most basic tasks. Calls, alarms, cameras, browsing the web work well. What doesn’t work well are the full versions of any app. For instance, you will be better off using the Facebook Lite, Messenger lite or any stripped down version of an app.

I had a horrible time with the full versions of the apps which struggled to work at all. These apps really take a toll on the Exynos 3475 and the mere 1GB of RAM the device comes with. More noticeably the frequent UI restarts was a true frustration. This is a device that could really make great use of the recently released Android Go from Google. You can take a look at the benchmark scores below and judge the device yourself. 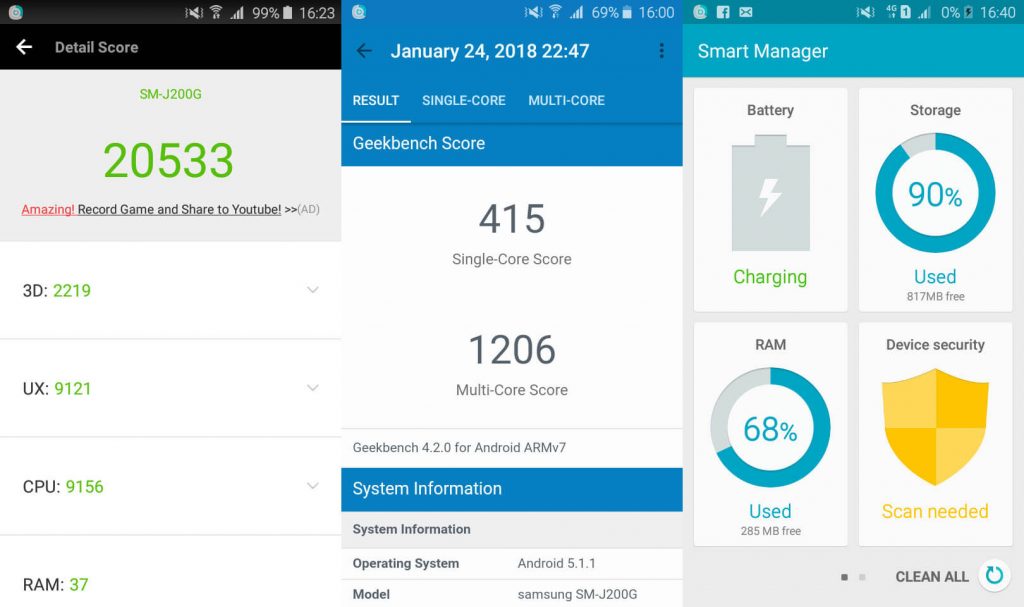 The smartphone comes with 8GB of onboard storage, which might be enough for some. Considering the phone struggles with the full version of apps, I installed and used the lite version of the apps. Such lite app relatively takes less storage space when installed and operated. Moreover, installing such light app left enough space available for me because of which I had been able to store adequate files in the onboard storage. Despite the memory management with lite apps, the internal storage was still insufficient for me so I had to employ an SDcard for the purpose.

Samsung devices have always featured good cameras but seems like this one is an exception. It’s has a 5MP sensor with f/2.2 aperture camera and an LED flash also capable of up to 720p video captures. No matter how hard you try, you cannot overcome its lack of sharpness. Lack of details was evident in the images and the colors were washed out most of the time.

Talking about the front camera, the 2MP f/2.2 aperture camera, almost all the time took blurred photos. A steady hand and a well-lit room might produce some decent selfies. It is also capable of video recordings of up to 640*480 resolutions.

We get that it’s a budget smartphone but just look at the competition. The Colors P85+ Selfie Pro has a 13MP rear and 8MP front camera which takes a lot better pictures comparatively.

The smartphone holds a 2000mAh battery, which will get you through a day’s usage. In terms of SOT, I got about 3 to 4 hours of usage, which I consider a day’s worth. Charging time is less than two hours, thanks to the small battery capacity.

Is the battery usable? sure! but competitors pack their smartphones with 3000 and sometimes even 4000mAh batteries. These smartphones boast up to 6 hours of SOT, especially considering the targeted buyers will expect a good battery life.

The Samsung Galaxy J2 4G Edition supports 4G connectivity, alongside Bluetooth 4.1, and 802.11n WiFi. 4G worked as well as on any other smartphone, the best result we got was a maximum of 7.34Mbps down, 10.43Mbps up and latency of around 23ms. 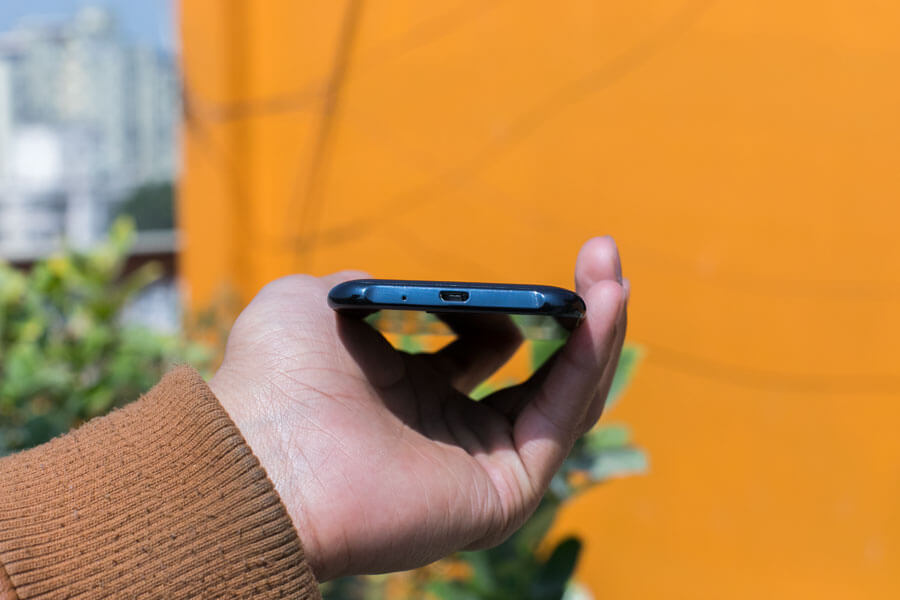 The sensors on the device include an accelerometer and a proximity sensor, which seem enough for day to day usage. Although the call quality wasn’t really something to brag about. Especially when you are on a crowded bus or on open roads, both parties failed to exchange conversations with ease.

You can buy yourself a Samsung Galaxy J2 4G edition for a price of Rs 11,290. For it’s asking price, the smartphone does a few things well. But with just 1GB of RAM and 8GB of internal memory to spare, Samsung could have immensely made use of Android Go. Also, the small battery capacity was a huge bummer. Buyers do have an option to use the Android Go apps from the Play-store whenever possible. But if in the near future, they do decide to create another smartphone with similar specs, Android Go does sound a lot more promising.

Budget smartphones are getting better by the day, and Samsung really needs to up their game in this segment. The J2 follows the same old tradition of a budget smartphone. It features an outdated software, sluggish performance, barely sufficient battery, and a really mediocre camera setup.

All of which you could avoid if you choose something like a Colors P85+. Even cheaper options like the Xiaomi Redmi 4A will give you an HD display, better performance, and a slightly better camera not to mention the bump in storage and battery while actually saving you money.

My personal suggestion would be to invest a bit more and go for smartphones like the Nokia 2, Huawei Y7 or the Redmi Note 5A. Plus if you plan on using the smartphone for about 1-2 years like everyone else, the extra money you invest on one will definitely be worth it.