It has only been a couple of days since the launch of the Xiaomi Mi Mix 2 here, but Mi Nepal is already back at its work as the company has launched the Xiaomi Redmi 5A. The Redmi 5A, announced last November, is a sibling of the Redmi Note 5A and 5A Prime. While the two devices come with price tags somewhere near Rs. 20,000, the newly launched smartphone is priced at Rs. 13,999.

The Xiaomi Redmi 5A is a compact device featuring a 5.0-inch HD IPS LCD display. It is crammed with a Quad-core Qualcomm Snapdragon 425 processor with 1.4 GHz of clock speed. Aiding the processor for performance is 2 GB RAM and Adreno 308 GPU. Xiaomi has also launched a 3 GB RAM variant of the device, but Mi Nepal has not made that one available right now. Included for storage purpose is 16 GB of memory which is expandable via a dedicated microSD card slot. 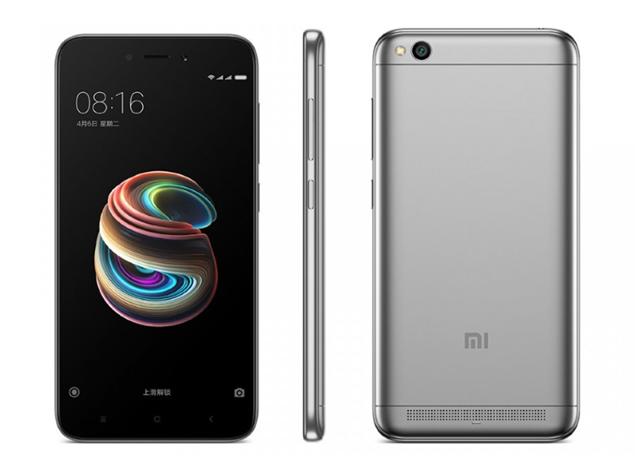 The Xiaomi Redmi 5A runs on Android v7.1.2 Nougat out of the box with MIUI 9.0 on top. So, even though this is a low-budget device, it will still be packed with the extra features MIUI comes with.

On the photography side, the device is engraved with a 13-megapixel rear-facing and a 5-megapixel front-facing lens with f/2.2 and f/2.0 aperture respectively. A 3,000 mAh battery runs the show in the device. The company has claimed it to provide a standby time of up to 8 days in total.

The Xiaomi Redmi 5A is a successor to the hugely popular and one of our favorite devices of 2017 – the Redmi 4A. On paper, both these devices have similar specifications. But whether or not the newcomer is as impressive as its older sibling is something we will have to see.