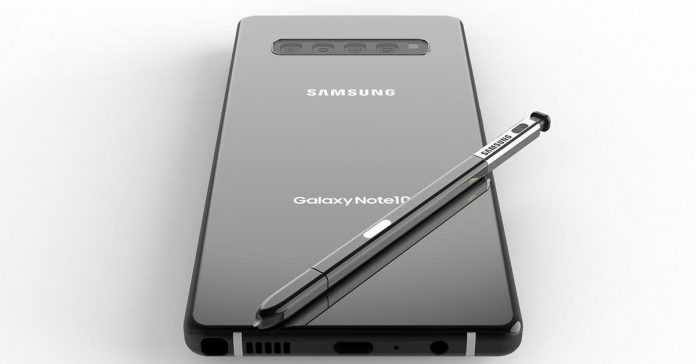 It was not new for Samsung to launch two variants of its flagships in recent years. This time, with the S10 series, they outdid themselves, launching 4 variants of the S10 series. There is a regular Galaxy S10, it’s beefed up variant – Galaxy S10+, and the semi-flagship, the small Galaxy S10e. Its 5G variant didn’t make it to Nepal for obvious reasons. And with this strategy, the S10 lineup seems to be doing quite well. And so, the company is doing the same for its Note 10 as well!

Even though there were two variants of the S-series flagships, the Note had only one. The trend was there until the Galaxy Note 9. But that’s all about to change. Latest rumors suggest that there are going to be 4 variants of the Note 10. Out of the 4, two will have 5G support while the other two will cap out at 4G. Of course, the 5G models will not show up to Nepal. Still, it’s interesting to know that Samsung is really trying to one-up its game.

What could be differentiating among these 4 models? There is not much information to go on. But so far, what we know is that there will be a 6.28″ model, a 6.4″ one and a 6.7″ one. The smallest of them will follow the same strategy as the S10e, but of course, will have the S-Pen! A 6.28″ Note probably won’t look like a Note device, but since the S10e did a good job, we’re hopeful. The smaller variants of both the 4G and 5G models will have triple cameras at the back, whereas the larger ones will have quad-camera setups.

Of course, none of this is set in stone as of yet. These are rumors and can change at any time. But we’ll make sure to keep you updated with the latest rumors or news or such about the Galaxy Note 10.