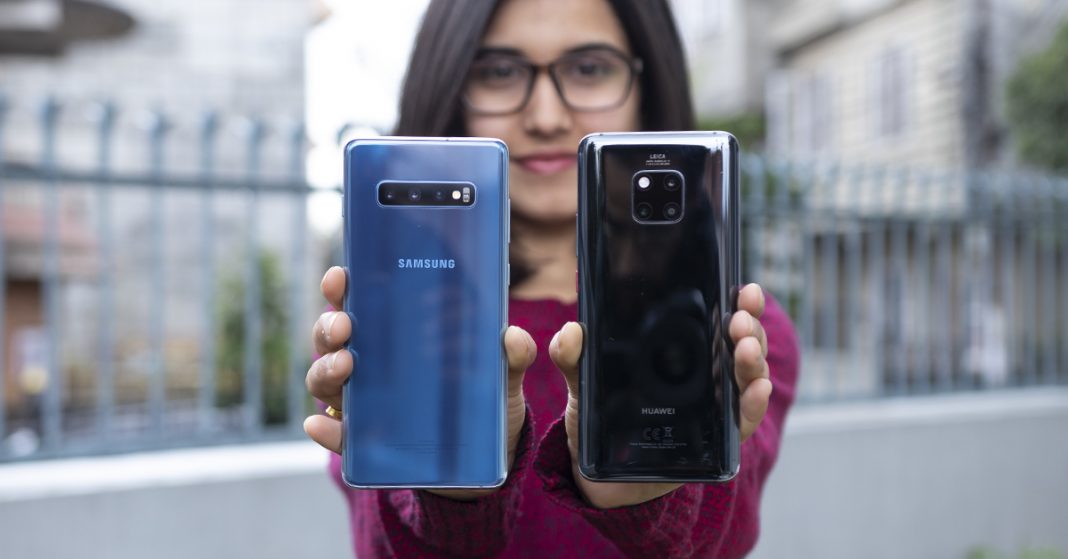 DxOMark, a camera review site, has scored the Samsung Galaxy S10+ and the Huawei Mate 20 Pro the highest among all the smartphones. Even the rear camera count on both smartphones are the same. There are triple cameras on the back with all three lenses serving the same purpose. So, with the same score of 109, I kept on wondering the better of the two. So, I went to a few places to check out the camera qualities of the phones. And this is what I found.

Let’s talk about the day time image samples first. This is where all phones are expected to shine, and the Galaxy S10+ and the Mate 20 Pro did do the same.

Color tone is all about a user’s personal preference. Some like colder tone while others are into warmer tint. I am, however, into the natural color tone and that’s what the Galaxy S10+ gave me. If you check out the sample from the S10+ and compare it against the Mate 20 Pro, the latter has a slightly warmer tone to it.

The details are one of the most important aspects of images. And if you compare the two phones against one another, you will notice how the lines and borders on pictures are darker, and this prevails on all the pictures. This is the first thing I saw when I clicked a picture from the Mate 20 Pro. Now, in terms of details, the battle here is edge to edge as I really had a hard time figuring out the winner. But personally, for me, the Galaxy S10+ has better details, albeit, by the slightest of the margins, it is really not that much.

I have reviewed a few smartphones from Huawei over the last few months. And one of the major things I noticed on the image samples from all those devices is how they reproduce colors. Huawei tries to make colors pop out on its smartphones’ images, and they are slightly darkened for the purpose. And you will notice the same on the Mate 20 Pro. But even with that, during the day time, the saturation looks better on the same device. The Galaxy S10+ is not behind, but for me and to the plain eye, saturation is better on the Mate 20 Pro.

Dynamic range is where I had a hard time again to choose the winner. Checking out the shadow details of the pictures, the colors are reproduced better on the Mate 20 Pro. In some of the images, the Galaxy S10+ had better shadow details. However, the highlight detail is sharp on the Mate 20 Pro, although by a little bit. So, overall, the dynamic range is better on the same device. And like I mentioned before, there isn’t a lot of difference here.

Both the smartphones have lenses to shoot wide-angle shots. The Galaxy S10+ captures pictures with a wider field-of-view (0.5x) than the Mate 20 Pro (0.6x) although it’s not that different. Even with the wider view, the Galaxy S10+ has better colors, better details, and better saturation than its competition.

Even with three cameras on the back, both the Galaxy S10+ and the Mate 20 Pro lack a depth sensing lens. And I think that’s okay. We are at a time when even software can blur out the background of our subjects effectively, and the same scenario is seen in the portraits. Both these phones are great if the portraits are concerned. Now there were times when both the phones found it hard to blur out the background 100 percent, but they perform well, nonetheless. One thing you will notice on the image is how Huawei’s colors pop out on the background, and how it darkens some parts of the image yet again. But overall, the Mate 20 Pro is a little better on the portrait front.

Being flagship devices, anyone expects the Samsung Galaxy S10+ and the Huawei Mate 20 Pro to do well during night time. They come with a hefty price tag and a camera setup no other devices have. The phones have the widest of apertures and have the hardware to match them. So, it was really interesting to pit the devices against one another.

The first thing I noticed about the image samples from the Mate 20 Pro was how it overexposed everything. Take a look at the image above, comparing the sample from where I stood, the Galaxy S10+ had a more natural look to it. The environment was a little dark, and it only brightened up the image slightly. The Mate 20 Pro, on the other hand, exposed it and has over-sharpened it everywhere. It is, however, due to the over-sharpening, why the details look better on the phone.

There is no noise on the pictures as you would expect from a flagship phone. However, the darkest part on some of the images from both phones has a little bit of grains, which is also to be expected.

And just like on the samples from the day time, the colors of the photos I took during night time were also darker than normal on the Mate 20 Pro. The saturation, however, is better on the images from the Galaxy S10+, but to the naked eye, there is no difference at all.

In terms of color tone, both the Mate 20 Pro and the Galaxy S10+ have natural one with no hint of any tint whatsoever. So, while the Mate 20 Pro gave off warmer tone during the day time, that was redone during night time.

The easier thing I had to do in this comparison is to pick the winner in terms of selfies. The Samsung Galaxy S10+ is better than the Mate 20 Pro by a margin. Colors, details, clarity, and sharpness is reproduced well by the former which is why it takes this crown.

The Samsung Galaxy S10+ has an additional selfie camera that acts as a depth sensor. So, the background blur is done correctly by the phone with the extra lens. And just like the normal selfie, everything looks better on the Galaxy S10+. Plus outdoors, the Mate 20 Pro blows out the background completely.

I was really excited to go on photo walks to compare the cameras of the best Android smartphones available in Nepal. And I have to say, I am really impressed with how cameras have evolved on phones. The triple cameras on the Huawei Mate 20 Pro and the Samsung Galaxy S10+ are of great quality and they have really set a high standard when it comes to smartphone photography. The results these cameras have produced define their pricing.