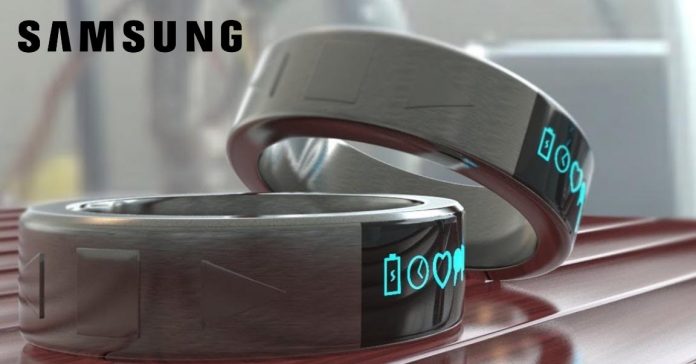 According to reports, Samsung is developing a smart finger ring capable of monitoring health status in real time. The ring’s smaller size makes it a good smartwatch alternative for those who only want to track their health without the extra smart features. We’ll go over all of the leaks and rumors surrounding the alleged Samsung Galaxy Ring here.

Smart rings are nothing new and we’ve seen a few from companies like Oura, Circular, Prevention, McLear, and even Amazon. Latest leaks from industry insiders claim that Samsung is also working on a smart ring of its own with a set of features on par with the latest Galaxy Watch 5 series.

It has also been revealed that Samsung has already filed a patent for the smart ring with the United States Patent and Trademark Office (USPTO). Samsung’s patent was published by the Office in July and it has been listed in Europe as well. 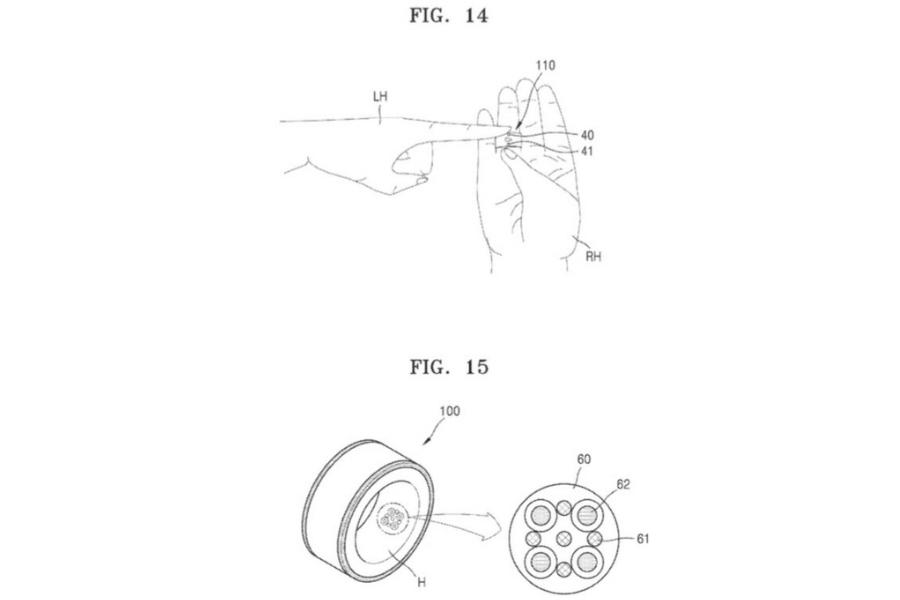 The Samsung Galaxy Ring will have a PPG sensor in its inner circumference for heartbeats. It will even have an ECG sensor to track your electrocardiogram activity. Besides this, it will have other health measurements of the Galaxy Watch 5 series like blood oxygen (SpO2), sleep, temperature, and body composition.

Samsung also plans on implementing the Galaxy Ring as a universal remote. This means that the user will be able to connect smart devices like phones, TVs, laptops, AC, fans, and more. 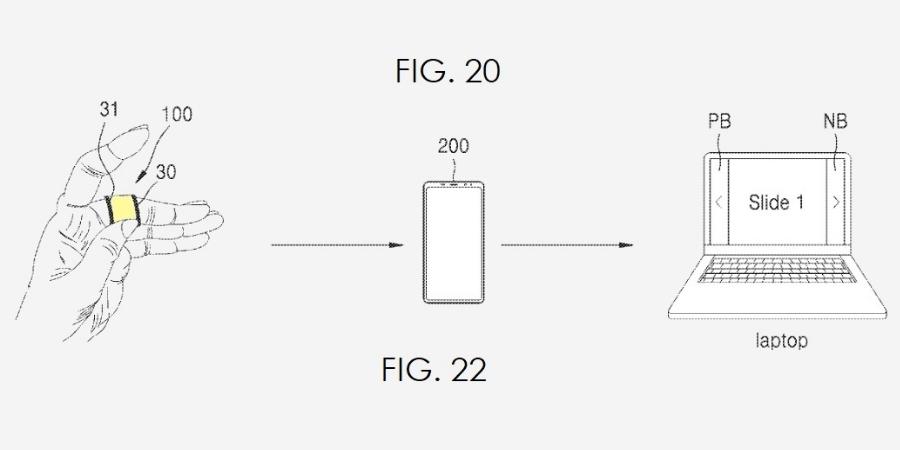 Samsung’s patent also shows a block diagram that illustrates the overview of the components in the wearable. Among the components is an image display unit. So, we can expect the Samsung Galaxy Ring to have a small touch-sensitive surface for control.

The patent also showcased some unique charging methods. One such charging method showed a Samsung mouse with a wireless charging pad on its surface. Likewise, the ring will also be able to charge wirelessly via a compatible Samsung phone.

Samsung’s smart ring is not expected to be released anytime soon because it is still in the early stages of development. The Oura Ring 3 is currently one of the most popular smart rings on the market and costs USD 299. Thus, we can expect the Galaxy Ring to be priced similarly if it launches.