Samsung is one of the few brands that is still putting out new Android tablets in a market that is dominated by Apple’s iPad lineup. Today, the South Korean company has pulled the curtain off its successor to Samsung Galaxy Tab S6. Let’s take a look at the specs, features, expected price, and availability of Samsung Galaxy Tab S7 and S7+ in Nepal.

The rumors were true – the new Galaxy Tabs do come with 120Hz panels. The bigger of the two is the Samsung Galaxy Tab S7+ which has a 12.4-inch AMOLED screen; while the vanilla S7 features a slightly smaller 11-inch LTPS LCD screen. The S7+ sports WQXGA+ resolution of 2800 x 1752 pixels, whereas the Tab S7 packs in 2560 x 1600 pixels. S7+ also supports HDR10+ contents and covers the NTSC color range. Tab S7, on the other hand, covers the DCI – P3 color range. Both the tabs come with some kind of eye protection feature.

We don’t see a radical change in the design. The two tabs feature the same slim design of the Galaxy Tab S6. However, the Tab S7+ is a little bigger than its vanilla sibling. On the back, there is a pill-shaped camera module that houses the dual camera setup along with an LED flash. Just below it, one can notice the groove that will hold the S Pen.

Samsung Galaxy Tab S7 and S7+ are come with Qualcomm’s latest Snapdragon 865+ SoC, making them the first tablets to do so. Compared to the vanilla SD 865, the Plus variant features a higher clocked Prime Core. The performance has been improved by up to 25% when looking at last year’s Tab S6. Similarly, the new lineup boasts up to 36% faster graphics performance and 77% better neural processor. 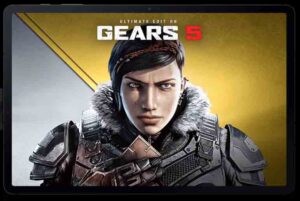 The most notable difference between the SD 865 and SD 865+ lies in the gaming performance of the two. The new Galaxy Tabs come with Game Pass Ultimate that users can use to access over a hundred Xbox games over the cloud, without even downloading them. Some of the popular games included are Minecraft Dungeons, Gears 5, Halo, and Sea of Thieves.

However, it is only available in select markets starting from the 15th of next month.

As far as memory is concerned, users can choose between 6GB and 8GB of RAM. Similarly, the storage options include 128GB, 256GB and 512GB. In addition to that, users can expand that up to 1TB using an external microSD card. 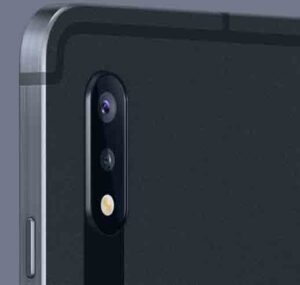 At the back, the Galaxy Tab S7 series feature a dual-camera setup. The 13MP primary camera is accompanied by a 5MP ultra-wide-angle camera. The two cameras, along with an LED flash, are enclosed inside a pill-shaped camera module. Users can record 4K videos at 30fps. Other notable camera features are Single Take, Night Hyperlapse, Front and Back Conversation Recording, Scene Optimizer, and AR Doodle.

The tabs do not disappoint on the entertainment front either. They come with quad-speaker speakers tuned by AKG Harman. Similarly, the speaker setup also supports Dolby Atmos for surround sound effect. Samsung will also be providing 4 months of free Youtube Premium in select regions.

Samsung is claiming that with the S Pen along and the 120Hz screen, the latency has been reduced to up to 9ms. It is by far the biggest leap in the S Pen’s responsiveness. It attaches magnetically to the back of the tablets. The S Pen is customized to work perfectly with apps like Clip Studio Paint, Noteshelf, and Canva. The pen can now synchronize notes with voice recording, convert handwriting into text, and supports Dark Mode. 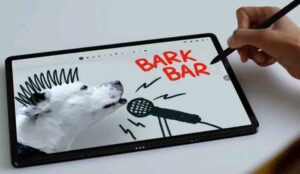 Users can buy a Book Cover Keyboard separately to increase the productivity of the tablets. The keyboard accessories connect to the tablets magnetically and can take the device way back to 165-degree. It comes with 26% larger keycaps and an 18.3mm key pitch. Similarly, it comes with 16 function keys and a larger keypad with multi-finger support.

The Galaxy Tab S7+ features a massive 10,090 mAh battery, while its smaller sibling includes an 8,000mAh battery. The S7+ promises up to 14 hours of continuous video playback while the S7 bumps it to 15 hours. The new tabs support 45W super-fast charging. However, users will have to buy separate chargers for that. The S7+ supports 5G, LTE, and even WiFi 6. On the other hand, S7 is available in three variants, each of them supporting 5G, LTE, and Wi-Fi.