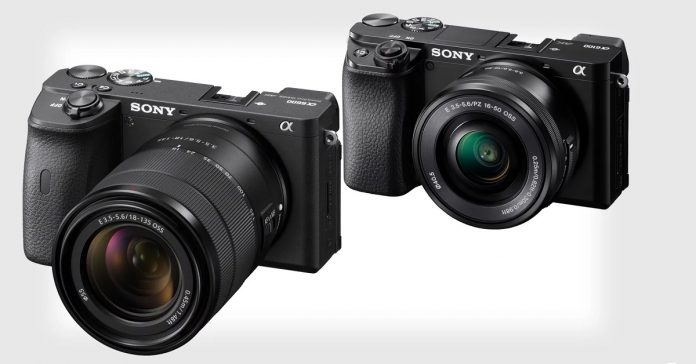 At a time when enthusiasts were expecting the video-oriented Sony A7S III camera from Sony, the company is pampering the crowd by refreshing its lineup. The Japanese company recently launched the Sony A7R IV. And not much after the release of A7R IV, Sony yet again brought two new APS-C mirrorless cameras on the table. The Sony A6600 and A6100 are the successors to the A6500 and A6000 respectively. Among the two, the A6600 is its flagship model on the APS-C segment, whereas A6100 is a low-tier model.

When peeked into the Sony A6600 specs, the device highly resembles with its predecessor A6500. The camera packs the same 24.2-megapixel APS-C Exmor CMOS image sensor favored by 5-axis in-body image stabilization. But apart from that, the mirrorless camera has received an upgrade on almost all the aspects.

This newbie comes with Real-Time AF tracking and the new Real-Time Eye AF tracking, which first made its presence on the A6400. Furthermore, the Sony A6600 features a 3.5mm headphone jack. And it’s the first model in Sony’s alpha series of cameras to have the jack.

The niceties do not quite end there. Sony has also generously improved the battery life. The older A6500 was barely capable of taking 350 shots on a single charge. But the new A6600 will let you take 720 shots before the battery gets low on charge. All thanks to Sony’s Z battery pack.

The A6600 also comes with a new Bionz X processor. So it will share the image processing prowess from the top-of-the-line A9 and A7-series cameras. With new image processor on the board, the processing speed is said to be 1.8x faster than that on the A6500. 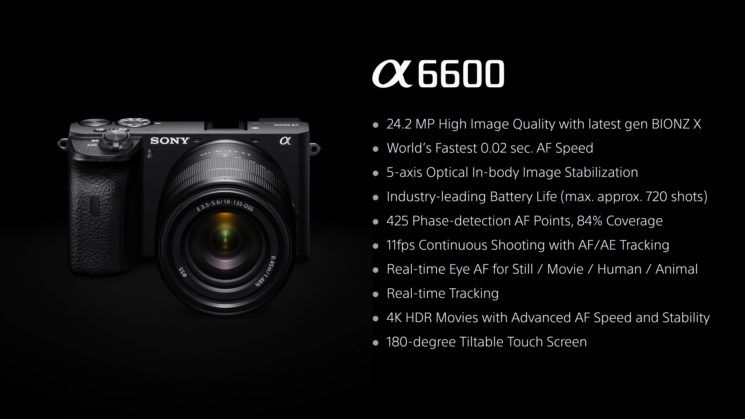 As far as the AF is concerned, you get 425-point hybrid autofocus system with 84% frame coverage. And talking about the screen, there is a 3-inch flip-up 921k-dot touchscreen LCD, which can also be seen on the a6400 and the a6100. Burst shooting on the device can go as high up to 11fps with autofocus and auto exposure, the latest real-time tracking AF. Similarly, you can record 4K videos up to 30fps at max.

Being an entry-level device Sony A6100 lacks the professional-grade features. But the handset packs some modest specs and can please the ones, who are early into photography.

Just like on the A6600 on the older A6400, A6100 gets a 24.2MP APS-C sensor. But unlike the A6600, there is no in-body stabilization. So the users entirely have to depend on the in-lens stabilization or a tripod to get steady shots.

Although Sony differentiated the A6100 from A6600 by removing the in-body stabilization, most of the specs still remain the same. You get the same BIONZ X image processor, 3-inch flip-up touchscreen LCD, oversampled 4K video recording with full-pixel readout, Sony’s Real-Time Tracking autofocus system, and 425-point hybrid autofocus system with 84% frame coverage. You can also attain burst shooting of 11fps with focus tracking. 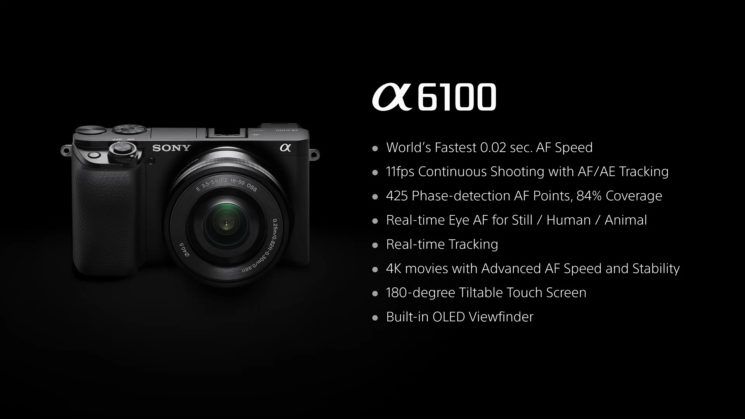 Although Sony was quick to announce these models, it won’t release until later this year. The A6600 will release in November and will be available for purchase at $1400 (body only). Sony has also promised to sell the mirrorless camera bundled with an 18-35mm E-mount lens. And that bundled package is said to cost $1800 on the purchase.

Similarly, the A6100 is said to go on in the US starting this October. When the camera goes on sale, the camera body would cost $750. A bundled package will also be available with a 16-50mm E–mount lens, which is said to cost $1100.