Sony has unveiled its latest pair of TWS buds, the WF-1000XM4. It has a new processing chip which the company claims increases noise cancellation levels “at all frequencies”. So, let’s delve in to know more about the specifications, features, availability, and expected price in Nepal of the Sony WF-1000XM4 TWS earbuds.

WF-1000XM4 has a completely new design and is 10% smaller than the previous WF-1000XM3. Despite this, what has remained unchanged here is the lengthy naming convention (imagine asking to buy a Sony WF-1000XM4 at a store). Anyway, these buds are rounder in shape and the first in the WF-1000M family to boast IPX4 water resistance. The charging case also has a smaller form factor than its predecessor and now includes wireless charging. WF-1000XM4 is available in two color options: black and silver.

The buds are driven by Sony’s new V1 processor. Like I mentioned earlier, Sony claims that it improves ANC efficacy while requiring less power. It also has a new Adaptive Sound Control process, which allows the earbuds to analyze your surroundings and tune the sound for optimal performance.

WF-1000XM4 borrows the Speak-to-Chat feature from the WH-1000XM4 over-ear headphones. This automatically pauses music and activates ambient sound so you can clearly hear the person talking to you.

Moving on, Sony says that these are the world’s first TWS earbuds that enable Hi-Res audio through the LDAC codec. When compared to standard Bluetooth audio codecs like AAC and SBC, LDAC can carry up to three times as much data. WF-1000XM4 also includes 360 Reality Audio, which turns a live concert recording into an immersive experience. 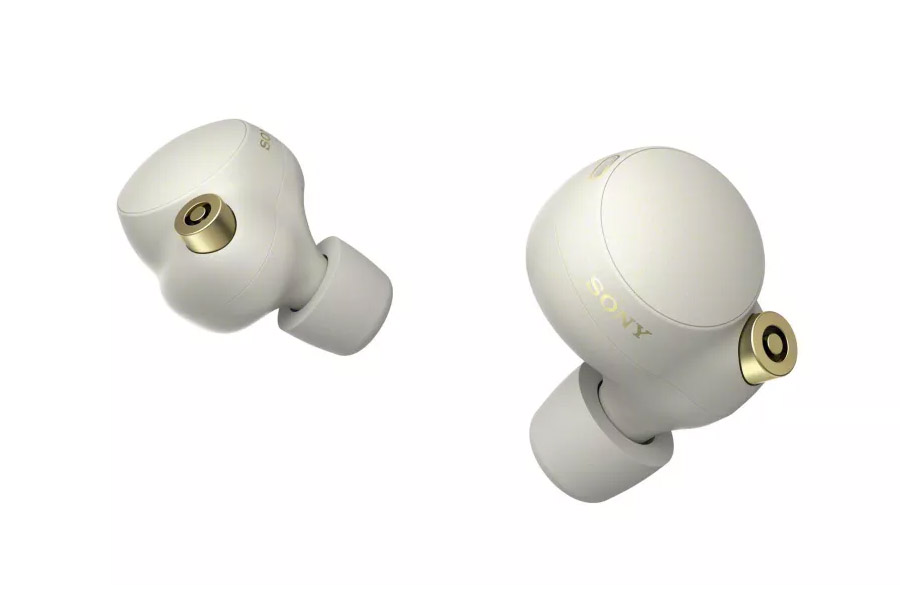 Similarly, the buds feature a 6mm driver unit with 20% larger magnets, setting them on a better diaphragm. It not only supports ANC but also provides better passive noise isolation. Each bud contains a pair of beam-forming mics as well as a bone-conducting sensor for voice calls. Even in loud surroundings, the latter can clearly pick up your speech.

Aside from that, WF-1000XM4 offers a continuous playback time of up to 8 hours with ANC enabled and up to 12 hours without ANC. The charging case can charge the buds twice to their full capacity. Similarly, a 5-minute charge provides an hour of music playback.