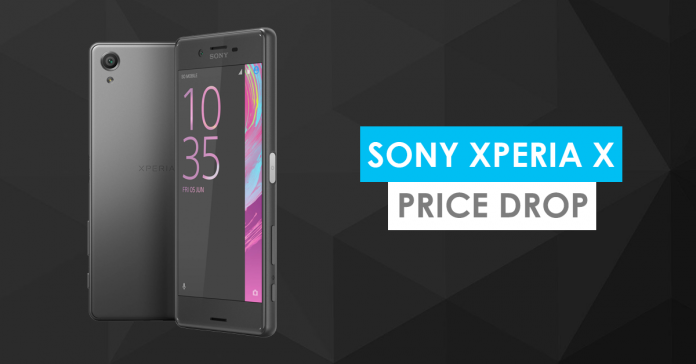 Sony is a well-known brand in Nepal. The electronic devices it offers are of top quality and have been successful in impressing the consumers. Smartphones, however, is not picking up its pace here. So, Nepa Hima Trade Link, the authorized distributor of Sony products in Nepal, drops the price of some smartphones every now and then. This time around, it has dropped the price of Sony Xperia X. The device will now run you Rs. 32,500!

The Sony Xperia X is the company’s smartphone from last year. The device will receive Android 8.0 Oreo, though, which is great. The device packs a hexa-core CPU and Qualcomm Snapdragon 650 SoC. This is aided by 3 GB RAM and Adreno 510 GPU.

Camera performance has always been a stronghold of Sony smartphones, and the Xperia X packs some impressive specs. It has a 23-megapixel rear-facing camera with f/2.0 aperture. Up front, the device is engraved with a 13-megapixel secondary lens which, like the primary lens, has f/2.0 aperture.

The Sony Xperia X sports a 5.0-inch full HD IPS LCD display (441 PPI). This display is protected with a scratch-resistant glass. Storage wise, the device has 64 GB of internal memory with an option for expanding.

The Xperia X has a side-mounted fingerprint scanner, i.e. the sensor rests on the power button. It is 4G LTE enabled and has NFC. It supports dual SIM connection and has Bluetooth 4.2 on the inside.

This device is backed up by a relatively small 2,630 mAh battery. However, this battery has Qnovo’s Adaptive Charging technology.